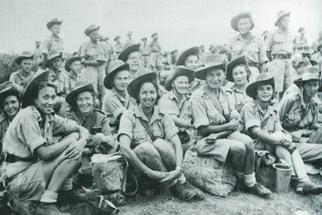 The situation was worst in the garrison hospitals of the 7th Infantry Division in Kermine and at Guzar where there were epidemics of typhoid fever, typhus and dysentery.

In addition to the hospital in Guzar (head of nursing, sister Stefania Niedźwiałowska-Długowska), there was also set up a PSK reserve centre where conditions were most difficult. Despite this, under the leadership of Commandant, Jadwiga Makłowicz (Morozewicz), intensive training of volunteers was undertaken equally for unitary courses as for professional courses in accordance with individual qualifications.

A large evacuation hospital was organised in Krasnovodsk with Polish staff. Those too ill to be transported had to be left en route in Soviet hospitals.

In Pahlevi, use was made of the Indian military hospital with additional Polish nursing staff.

Following the first evacuation, a part of the Polish Army remained in the USSR where it grew as new conscripts joined its ranks. Meanwhile, the death rate at Guzar reached 40 deaths per day. Sixteen sisters and nurses died from amongst the hospital staff.

The second and last evacuation from the USSR was carried out in August 1942. The ten-month stay of the Polish Army in the USSR had been mainly taken up with the battle for human life.

The terrible climate and conditions were a deadly combination for the Poles recently-released from prisons, labour camps and enforced exile. Spreading epidemics, alongside a lack of hospitals and medicines together with starvation rations, resulted in a very high death rate in the Army. The total number of soldiers that died is unknown. In the garrison cemeteries, 7,000 soldiers and their families were buried, of which 2,000 were children.

Continued on Page 3 : The evacuation from the USSR and the Polish Army in the Middle East
Back to Introduction Page 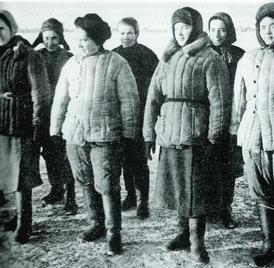 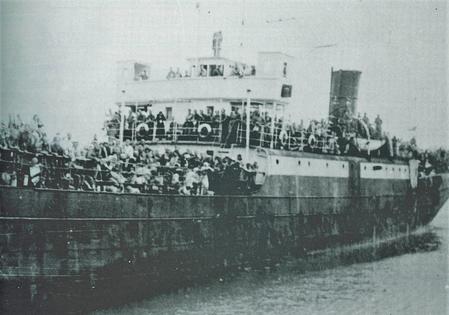 A continually-increasing number of women volunteering their services went through elementary training often in difficult and primitive conditions. They were then posted to various divisions where they underwent specialised training according to needs. Towards the end of January 1942, the Polish Army was moved south to Tashkent in Central Asia; the 5th Infantry Division was moved to Dzalal-Abad (Jalal-abad); the 6th Infantry Division to Shahrizyabs; the 7th Infantry Division to Kermine; the Army Organisation Centre and PSK Reserve Company to Guzar. Conditions were particularly hard for the PSK Reserve Company. Despite this, under the supervision of their commandant, Jadwiga Makłowicz (Morozewicz), the women volunteers underwent intensive elementary and specialised training. 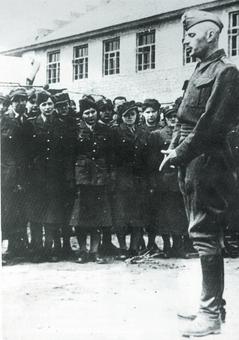 The cadres of the first PSK companies were composed of women who had seen military training in Poland before 1939 in paramilitary organisations. As of 1 April 1942, Bronisława Wysłouchowa was appointed Superintendent PSK. 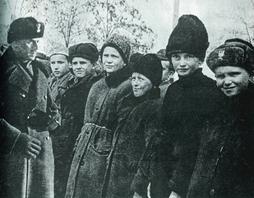 The first conscription board for women began its work in December 1941. The first order issued by the GOC-in-C (General Officer Commanding-in-Chief) Polish Army in USSR relating to the PSK is dated 6 January 1942, four months after the first women soldiers began to carry out their duties alongside their male colleagues. This order regulated conditions for accepting women into the PSK (18-45 years of age), divided the services into companies, platoons and sections. It established a PSK Depot Centre and appointed Władysława Piechowska as Superintendent of PSK. She held this post to the end of March 1942, that is to the moment of the first evacuation of the Polish Army to Persia when she led the PSK which accompanied this evacuation.

On the way from Krasnovodsk (USSR) to Pahlevi (Persia).

The first evacuation from the USSR to Pahlevi (Iran).

among the youngest "volunteers", December 1941.

As news spread of the formation of a Polish Army to the farthest corners of the USSR, thousands of Polish citizens made their way to the army camps in Buzuluk, Tatishchevo and Totskoye. In just the first month, up to mid-October 1941, about 40,000 volunteers, including 120 women, joined the Army. The latter were accepted as candidates for the PSK. In the vicinity of the army camps, there appeared thousands of families with children, orphans and children separated from their parents.

From the moment they volunteered, the women were employed wherever they were most needed. They took on any task necessary, as the situation demanded. They served on staff HQs as typists, cleaners, store keepers and guards. In hospitals, they served as doctors, sisters, nurses, cooks, laundresses and administrative staff. Welfare personnel looked after the soldiers and their families. Together with the educational officers, they ran clubs for soldiers. Above all, they cared for the children and young, helping to organise orphanages and schools for young male and female soldiers (junacy / junaczki)..