Helena sitting in the front and behind her, to her right is brother, Rysiek, and to her left is brother, Henryk, standing between her two friends (1945).

As soon as life began to get better, fate struck again: on 2 February 1945 Henryk, her 13-year old brother died in a bicycle accident. 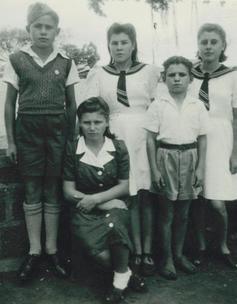 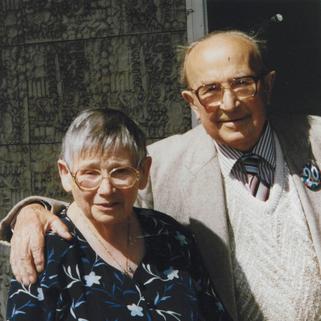 Helena with her husband in 2006 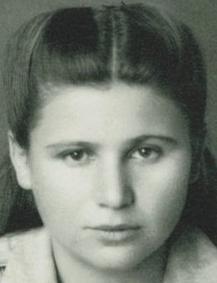 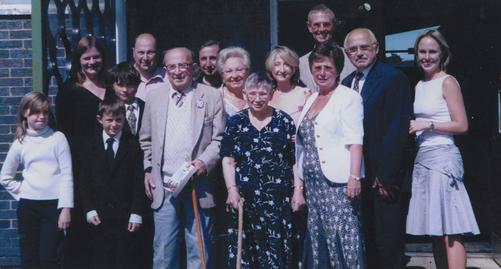 Helena was born on 5 August 1927 in the military settlement Osada Krechowiecka, district Równe / Rivne, province Wołyń / Volhynia. Her parents were Klemens and Maria (née Dudelzak). She was the eldest of five siblings: Helena, Ryszard, Henryk, Aniela and Michał. She had a very happy childhood in a loving family.

This came to the end in 1939 with the start of World War II.

The real tragedy, however, began when, on 10 February 1940, she was deported with the entire family to Siberia to the Dziedówka family work camp (posiołek). There followed weeks and months of starvation, bedbugs and lice.

It was with great relief and joy that they learned of the so-called ‘amnesty’ and of the Polish Army which was being formed in southern USSR. Whoever was able to, headed south. They set off too.

After several weeks, they reached Tashkent, where her youngest four-year-old brother died in her arms. At last they reached the Kizioł-Zioł state farm (sowchoz), near Turkestan. Her father volunteered for the Polish Army and was accepted; her mother was left with four children and with nothing to live on. In order to save her children from death, she handed them over to the Polish orphanage in Turkestan, with the hope that they would be safe and survive. She was left alone with eight-year-old Aniela who was ill. Shortly afterwards, she (the mother) died from typhus leaving the child, Aniela, in the hands of fate. Aniela survived and in 1946 returned to Poland.

In the meantime, in September 1942, Helena, Ryszard and Henryk left the USSR with the orphanage, part of the last evacuation to Persia/Iran.

They reached Valivade in India via Persia. Helena regarded the years she spent there as some of her happiest. Good and wise educators managed to create some form of normality for these young people whom fate had maltreated. The Church, the School, Scouts and Guides played a positive role in that they helped to dim and fade out the nightmarish experiences from their memories.

In September 1947, she came to England with her brother to join her father, from whom she had been separated for many years. They lived in military barracks in Cark, Lancs.

Shortly after her arrival, she began working in an ammunition factory in Chorley, Lancashire where she met her future husband, Franciszek Jaskowski. After they married in 1948, Franek demobilised and they lived in Blackburn, Lancashire. They had five children: Halinka, Elżbieta, Artur, Andrzej and Robert. They were wonderful parents and, in difficult conditions, managed to bring them up and educate them splendidly.

Halinka is a Doctor of Philosophy, Elżbieta teaches Maths at secondary level, Artur is an IT consultant, Andrzej a doctor, Robert has completed photography and journalism and works for ITV Granada in Manchester.

Fate prepared her for a further tragedy. Andrzej, her much-loved son,  as well as brother, husband and the father of two daughters, a gifted doctor-surgeon, died in a car accident at the age of 35.

Having brought up her family, Helena did not sit back on her laurels but threw herself into community work. She helped in the Parish, in the Club, in the Catholic Centre; she belonged to the choir and to the Polish Combatants’ Association but, above all, she devoted herself to children. She became a teacher and was the Headteacher of the Polish Saturday School in Blackburn for many years.

She died on 8 February 2016 following a long illness, leaving behind the legacy of a noble, hard-working and good person. Despite the misfortunes, which befell her during her life, she was always cheerful, smiling and loving.

Helena in 2006 with the closest members of her family