Dziadek, did you have a gun?

The old man sat in his rocker with his grandson at his feet
As he told stories from his youth, many left incomplete.
The young boy played with the medals, tokens from the war.
And with childhood innocence kept wanting to hear more.

“Dziadek were you a soldier? Dziadek did you have a gun?
Dziadek, dziadek did you ever have to kill anyone?”
The old man nodded and let his thoughts drift back
To a time when his country was heavily under attack

Instead of enjoying autumn leaves and warm September nights

He was handed a gun and volunteered to fight.
Gone were his dreams of a future, love and romance
Everyday now could be the last dance.

He stared into the face of death and searched deep within his soul
And asked God for answers of why this senseless toll?
He had quickly become a man inside a boy
And his youth was robbed of love and joy

He could still hear the roar of canons that filled the air
As naked evil spirits brought on misery and despair
Broken dreams and shattered lives kaleidoscoped the earthly floor
As spirits soared amidst the smoke leaving behind the bloody war.

He tried not to relive the sadness and the pain
But to forget all this would mean his comrades died in vain.
He felt a hand on his shoulder and heard a whisper of a long lost friend
“I would tell the story, if your grandson to me you would lend.

I had dreams of a family, a home, remember the stories we shared?
But my life was taken away from me and yours was spared.”

Looking down into the eyes of his grandson it all became very clear,
As he again had to become a proud soldier and wiped away a tear.
His gnarled old hand brushed back the hair of the tiny little face
It was his duty to teach this boy and to hide the truth would be a disgrace.

“Yes my child, your dziadek was a soldier and yes I had a gun
But my war was not a game and I never shot for fun.
When you are older you will understand the job I had to do.
And now I understand, what I gave up, I did for you.” 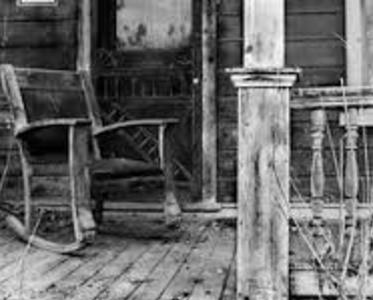