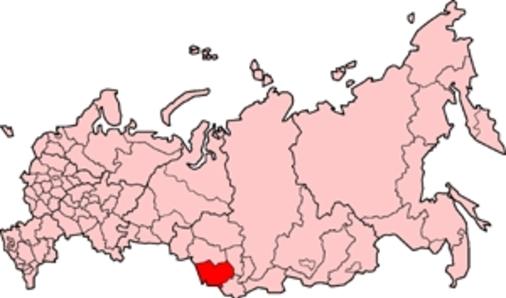 After 12 days of travel we arrived to the fair city of Barnaul. Barnaul is the capital city of the region called Altaiski Krai.

We were brought to one of the suburbs of Barnaul, "Vostochnyi Poselok", or Eastern Settlement. It was near one of the largest rivers in Russia, the Ob. We were put in a large hall that was used as a "Krasnyj Ugalok", Red Corner in Russian. These were a sort of  local community club that served as all-purpose assembly rooms, movie houses, meetings and for every other purpose imaginable. We were sleeping on the floor, next to our things without any privacy whatsoever. There were about 400 people in that room, all sitting on their belongings. It was really communal living. I don't remember now if food was supplied to us or if we had to provide it by our own means, but I have a vague recollection of my mother cooking something on a makeshift fire outside. We were waiting for a more permanent place to live, killing time with endless discussions about our future, politics and, of course, about the situation on the Russian front. We did not know much from the press because papers were scarce and, additionally, we did not trust the Soviet press.

After a few days, the NKVD told us that we would occupy the temporarily-built barracks while the permanent barracks, better equipped for the cold Siberian winters were being built. Those who were willing to work would have priority in getting accommodation in the permanent barracks. My father was not eligible to work (too old) but my mother and I volunteered. Later on, they allowed my mother to stay home. I wanted to work with my friends who were pulling logs of wood to the river on horses, but they didn't take me. The NKVD said that I was too young. My job was to carry mortar to the plasterer. Every once in a while, the plasterer, usually a woman, would yell at the top of her lungs "Rastvoru" (Mortar) and then we would get a couple of shovels of mortar and bring it to her. They were working on the permanent barracks. The barracks  consisted of a long corridor in the middle and had one-room units on each side. Each room was about 8' x 12' feet. There was enough room to put two narrow beds against each wall and a small table in the middle. At the end of the corridor there was a communal kitchen. The construction of the barracks was very simple: two layers of boards 1"x 6", separated by studs, leaving about 4" between, constituted the inside and outside surfaces of walls while the space between the two layers of wooden boards was filled with wood filings which formed the insulation. The walls were plastered inside and I don't remember how they were finished outside. The whole idea was quite practical and effective except that, after a certain time, the wood filings settled and the upper part of the structure was left practically uninsulated, which in Siberia was a very bad thing. Anyhow, this was the housing,  Soviet style.

Since the wages from my work were not much (I think it was 180 roubles per month) and there was practically nothing that one could buy with this money, it was more profitable to go to the River Ob, and fish. At least you could get something that you could eat. Ob, the second largest river in Russia after the Volga, at that time, was a river full of fish. It was not unusual for me to bring home 15‑20lb of fish or more. We had fish in every possible shape and form: fried, cooked, dried for the future winter time and so on. Also, as soon as it became known that my father was a physician, many Russians having more confidence in a Polish doctor than  their own, started to ask my father to see their sick. My father, in return for the medical visits, since he was actually not licensed to practise, didn't take any money but did not refuse if they offered something to eat. So, more fish, because the Russians hardly had anything else. But, soon after us, a lot of Lithuanians arrived, mostly rich farmers (Kulaks, in Russian), and they brought with them large amounts of food. So, when they started to call my father, he would bring home a piece of pork lard or something like that. That was valuable. My mother would save it for winter, which everybody was afraid of. Besides fish, the only other source of food was either the black market or the dining hall of the Vostochnyi Poselok. At the black market one could get some potatoes that the locals were selling. Sometimes, in Barnaul, it was possible to get some meat, but that was very expensive. We were getting 500g. of bread per day. Under normal conditions, there would be enough of other things to eat and one would not be hungry. If one got only the bread and nothing else, 500g. was definitely not enough.

In Barnaul, I improved my knowledge of the Russian language. It should be noted, however, that the people that were there were not exactly the most educated and the words that I learned from them were not ones that I would repeat in mixed company. But, nevertheless, it was a learning experience.

Once somebody told us that about 15km away there was a kolkhoz (collective farm) and there were a lot of potatoes left in the ground after the tractor had finished excavating them. Armed with shovels and sacks, a group of us, mostly young people, went to the kolkhoz. What we were told was true: there was a lot of potatoes in the ground and soon we had filled our sacks with potatoes. As we were almost ready to start our walk home, several men on horses came from the kolkhoz, flagellated us with their whips and confiscated our potatoes. I was lucky in that I saw them coming early enough to hide in nearby bushes and I escaped the whipping and the confiscating of my potatoes, but others were beaten pretty badly. This was a bitter awakening to the fact that we were in the Soviet "Paradise" and, from time to time, it reminded us that their justice was not what is commonly accepted. Although it was obvious that these potatoes would rot in the ground, it was forbidden to take them from the kolkhoz territory no matter what.