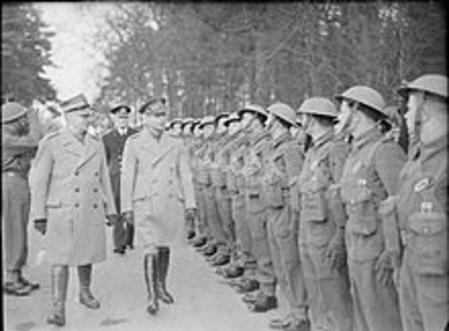 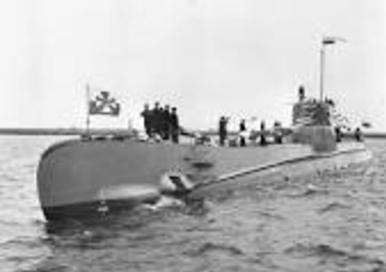 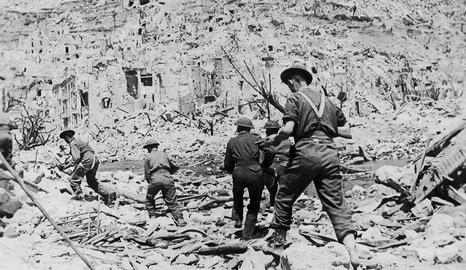 The Polish Army in the West

After Poland’s defeat in October 1939, many Polish soldiers and civilians made their way, via Romania and Hungary, to France and Syria to form the Polish Armed Forces in the West.  By May 1940, there were around 84,500 Polish soldiers fighting in France and Syria. From summer 1940, after the defeat of France, the Polish Army in France was relocated to Scotland where major reorganization took place. In September 1940, the Polish Corps became the 1st Polish Corps, the change made because the 2nd  Polish Corps had come into existence in the Middle East. The 1st Polish Corps comprised of the 1st Armoured Division, the 1st Polish Independent Parachute Brigade, the 4th Infantry Division and the 16th Independent Armoured Brigade.

The Polish Army in the East

Eastern Poland, having been invaded by the Soviets on 17 September 1939, then suffered mass deportations of some 1.7 million Polish men, women and children to remote areas of the USSR. There, they were used as slave labour and had to endure horrendous living conditions, with a lack of food and resulting diseases.  Many perished. In June 1941, Germany broke its pact with the Soviets and invaded the USSR. As a result, the Soviets, after negotiation with the Polish Government-in-Exile, signed the Sikorski-Mayski agreement allowing the release of the Polish deportees to enable them to join the newly forming Polish Army in the East that would then fight with the USSR, now part of the Allied forces, against the Germans.

Altogether the Polish ground troops of the 1st and 2nd Corps took part in the North African Campaign, (including the siege of Tobruk), the Italian Campaign (including the Battle of Monte Cassino) and the Battle for France, the battle of the Falaise Pocket and Operation Market Garden.

The Polish Air Force, after escaping from Poland via Romania to France and then to Britain, became part of the British Royal Air Force, with their own squadrons, that took part in the Battle of Britain and subsequent air battles in which they gained great respect for their skill and bravery.

The Polish Navy and Polish Merchant Navy fought with the Allied Navy, under British Royal Navy command, after the Anglo-Polish Naval Agreement was signed on 18 November 1939. Some Polish vessels had been moved out of the Baltic at the end of August 1939 and taken to Scotland under Operation Peking, to prevent their destruction or capture at the hands of the German. The Polish Navies took part in the Battle of the Atlantic, the Dieppe Landings, the Evacuation of Dunkirk, various convoy and escort duties as well as numerous other tasks.

The Polish Armed Forces as a whole were considered to be the fourth largest Allied Army in Europe after the Soviet Union, the USA and Britain. They played a crucial role throughout the war, fighting on land, sea and in the air. The Polish intelligence service also provided invaluable information to Allied Intelligence, and it should also be mentioned that the pre-war work of Marian Rejewski and his fellow cryptologists was crucial to the deciphering of the German Enigma code. 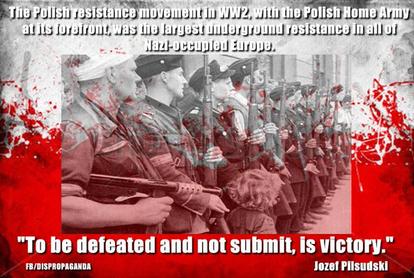 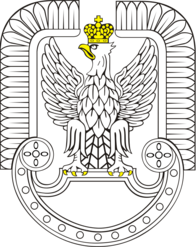 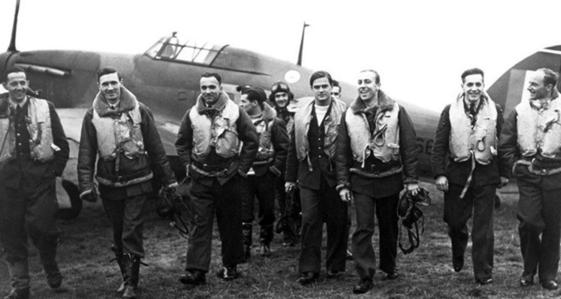 The Battle of Monte Cassino 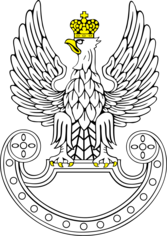 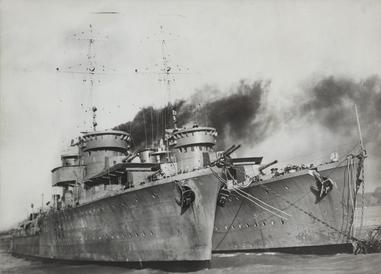 The  Siege of Tobruk 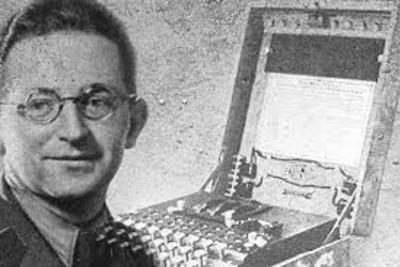 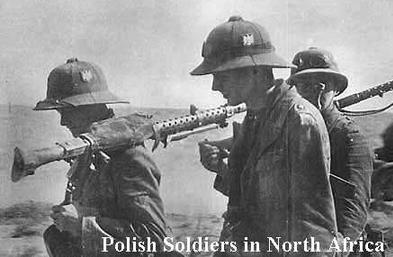 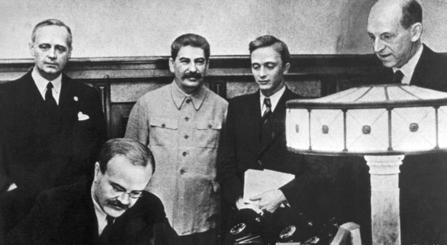 The creation of this new army, named the 2nd Polish Corps, was challenging for General Władysław Anders, who had become its commander, due to the terrible physical condition of the men who came south to join the army. 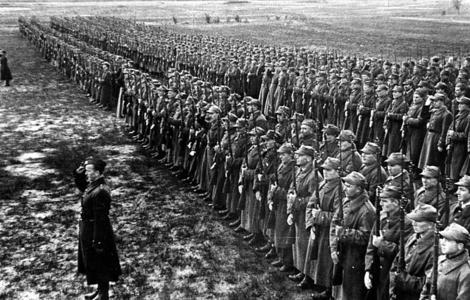 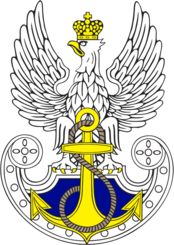 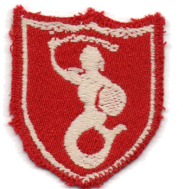 The Polish Army capitulated in early October 1939, after which a Polish Government-in-Exile was established, initially in France, and after the defeat of France, in Britain. There Polish Armed Forces and an intelligence service were re-formed in countries other than Poland. A Polish resistance force remained in German-occupied Poland, and coordinated its operations with the Polish Government in Britain.

World War II started with the German invasion of Poland on 1 September 1939 and the Soviet invasion of Poland from the east on 17 September 1939. The Germans and Soviets brokered an agreement, the Molotov Ribbentrop Pact, on 23 August 1939 that neither would attack the other, and they agreed to carve up Poland between them along the line of the Rivers Narew, Vistula and San.

King George VI and General Władysław Sikorski, Prime Minister of the Polish Government-in-Exile, inspecting a guard of honour of the 1st Polish Corps.