​6.  This is a photograph of Wojtek sailing on the MS Batory from Egypt to Italy.

Even though this is often mistakenly identified as being a photograph of Wojtek, it is actually an image taken by Sergei Shimansky of a bear named Masha, a mascot of the Soviet navy.

The ice in the water suggests that this is nowhere near the Mediterranean Sea - the photograph was taken in the early 1940s in Arctic waters. 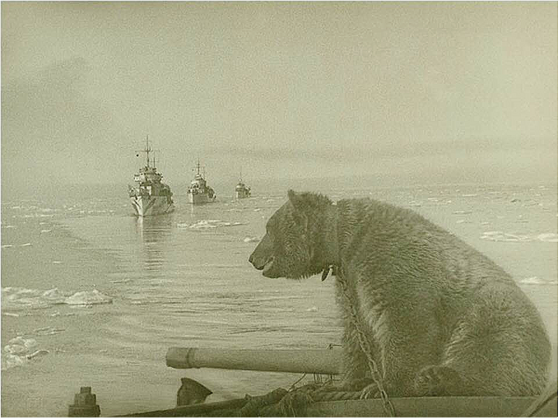