Almost magically, Soviet functionaries found train transport to take Polish soldiers and their families to Krasnovodsk on the shores of the Caspian Sea. The first of the freed prisoners boarded Soviet cargo ships in late March, human freight overfilling filthy transports that had usually returned to Persia empty after dropping off war material and other supplies sent to the USSR by the Western Allies. Many Poles who had survived Soviet imprisonment and enslavement, some for more than two years, were too weak for the voyage and died en route, with freedom in sight. 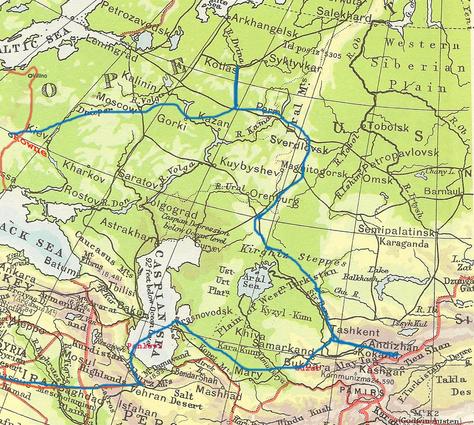 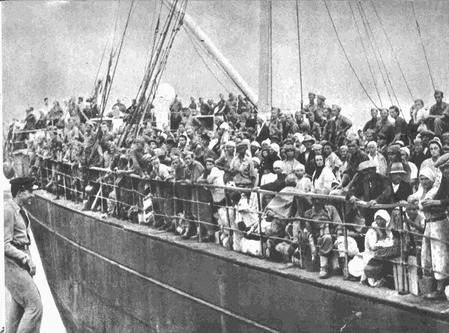 The Poles, grateful to have been delivered from what they ironically called “Soviet Paradise”, largely complied as they celebrated Easter Mass on the beach at Pahlevi on 5 April 1942.

Others who followed in the second and last wave of liberation in August that year also kept silent. Many remained silent about their treatment even after the Soviet Union was belatedly recognized as a murderous tyranny. But their history was not entirely lost. Like the exiles who survived, it has emerged from the shadows.

Others barely made it to shore, only to succumb to starvation and disease from their long detention in the USSR.

Those who made it to Persia were stripped of their louse-ridden rags and issued new clothes. There was medical attention and plenty of food – but not too much, not too soon. New arrivals were warned about over-indulging because their shrunken stomachs could not sustain the unfamiliar bounty.

The lucky ones included a few Polish Army officers who had escaped mass murder by Soviet captors at Katyn in 1940. There were also prisoners of war who had survived Siberian gulags, as well as civilians who had clung to life during years of forced labour at starvation rations.

After Hitler “liberated” Poland's Kresy from Stalin in 1941, the Soviets found themselves with the same enemy as the Allies and pledged that they would let the Polish people go. But it was an empty promise. Many, especially “minority” Polish citizens, were denied freedom by the Soviet authorities. Others were not told about the “amnesty” so they would continue forced labour. Those who were allowed to leave were often left to find their own food and transportation to southern USSR, where Poland was rebuilding its armed forces.

The second major evacuation across the Caspian Sea was between 8 and 30 August 1942, consisting of approximately 70,000 military civilians. There was also an overland evacuation, mostly civilians (many orphans).

The trip from Krasnovodsk varied from 24 hours to three days, depending upon the weather and the type of ship (vessels of all sizes were used).

Almost 3,000 refugees died within a few months of arrival and were buried in cemeteries around Iran.

More than 15,000 of the evacuees in Iran were children, many orphans whose parents had died on the way. In Russia, starving mothers had pushed their children onto passing trains to Iran in hopes of saving them. 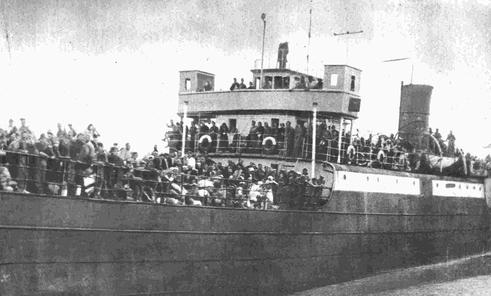 Easter Mass on the beach at Pahlevi 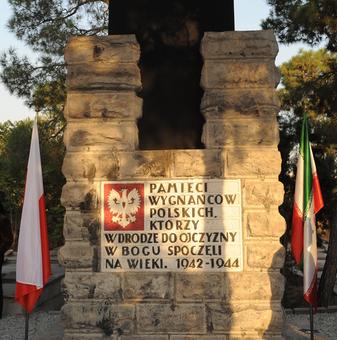 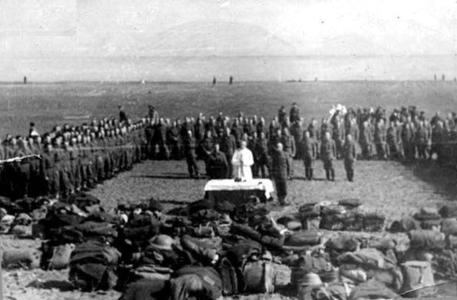 The first evacuations took place March-April 1942: around 44,000 people were evacuated. The second evacuations took place in August-September 1942: around 68,000 people were evacuated. Roughly one-third of those evacuated were civilians. The first ship left Krasnovodsk in Turkmenistan on 24 March 1942 and the last on 1 September 1942. The estimated numbers of Polish prisoners and exiles range from one million to two million. Only about 115,000 made it out.

General Władysław Anders, commander of the new army, agitated for the release of his soldiers and their families. In March 1942, after Stalin announced that rations would be cut for the re-emergent Polish forces and that their ranks would have to be trimmed, Anders managed to convince the Soviet dictator that it would be better to get the pesky Poles out of his hair and dump them on the British in Persia.

They were also warned by their new British overseers not to speak about their treatment in the Soviet Union.  Military censors made sure letters were cleansed. Newsreels whitewashed explanations of how Polish people happened to be arriving in Persia after years in the USSR, and the Western press enthusiastically helped government propaganda officers to rewrite history and present “Uncle Joe” Stalin as a friend in the war against Hitler – no matter that he had actually started the hostilities as Hitler's strongest ally.

The majority - men, women and children as young as 14 - signed up for the new Polish army led by Gen. Wladyslaw Anders. For the rest, new lives began with a bus journey to refugee camps in Tehran, Isfahan and several other cities.

After the Polish Army left for the Middle East, the families and children stayed on. These were eventually sent to refugee camps in Africa, India, New Zealand and Mexico, where they stayed until the end of the war.

Read a detailed description of this horrific crossing

Polish Red Cross War Diaries of Matron Hughes describing the care of Polish refugees from Russia at the 34th British Commonwealth General Hospital in Tehran. Danuta's memories of her 3 months spent at the hospital.