The MS Pilsudski was probably Poland’s most famous passenger liner, often described as Poland’s Titanic. She was the sister ship to MS Batory that was built a year later in 1935. Both liners were built for the GAL at the Italian shipyard Cantieri Riuniti dell’Adriatico, Monfalcone, the contract stipulating that Poland mainly pay for the ships by supplying coal to the Italians over the subsequent five years.

MS Chrobry a sister ship to the MS Sobieski, was completed in July 1939 for the Poland-South America Line. Despite being nearly identical to the MS Sobieski, the MS Chrobry was built in Nakaskov, Denmark.  She was named in honour of Polish King Boleslaw I Chrobry (chrobry meaning intrepid or valiant). She only made the one transatlantic crossing before the outbreak of war. 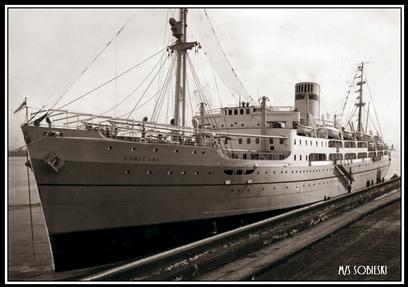 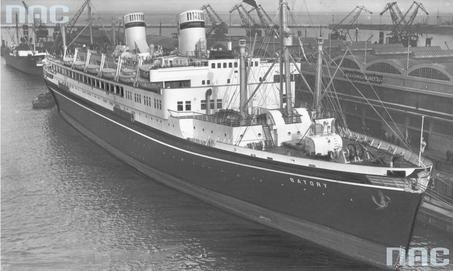 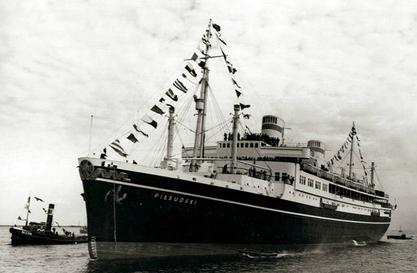 Both the MS Batory and the MS Sobieski were part of a convoy sailing from Greenock in early June 1940 carrying Polish and French troops from Norway in the evacuation of Narvik.

The MS Batory, sister ship to the MS Pilsudski was named in honour of a 16th century Polish King, Stefan Batory, and was also known as the “lucky ship” because she survived WW II, having been at sea for a total of 652 days. 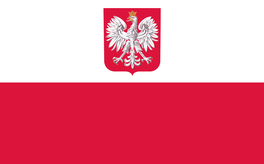 The MS Sobieski, named in honour of the Polish King Jan III Sobieski, was British-built at the Swan-Hunter shipyards, at Wallsend in Northumberland for the Polish Ocean Lines, and was launched as a passenger liner on 25 August 1938. She sailed on her Maiden Voyage on 15 June 1939 for the South America Line. The MS Sobieski replaced the elderly ships SS Pulaski, and SS Kosciuszko on the South America route. During WW II the MS Sobieski was also turned into a troopship, helping in the evacuation of western France in 1940 alongside the MS Batory. 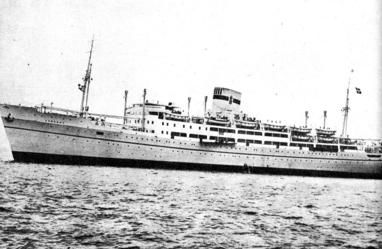 In the years between WW I and WW II the Polish Merchant Navy comprised 40+ ships, which were mainly carrying cargo, predominantly Polish coal, and a variety of industrial goods. A cadet force was being trained on ships, such as the Dar Pomorza (a three mast sailing ship) and on cruise liners. The Polish Transatlantic Shipping Company was founded in 1930 and soon after became the Gdynia–Ameryka Linie Żeglugowe SA, (Gdynia–America Line - GAL). It purchased the Baltic American Line which ran three steam ships, the SS Polonia, the SS Estonia (renamed SS Pulaski) and the SS Lituania (renamed SS Kosciuszko). The Polonia was scrapped in 1938 following the construction of a new generation of larger and faster motor ships. The SS Pulaski and the SS Kosciuszko entered military service with the Allies on the outbreak of war.

The motor ships (MS) Pilsudski, Batory, Sobieski and Chrobry, built in the second half of the 1930s, were the pride of the Polish merchant fleet, carrying fare-paying passengers on many different routes. These were modern cruise liners employing the work of the best Polish designers. After only a brief spell as commercial cruise ships, all four were to play important roles in the coming war.

As the storm clouds of war gathered ever closer, some of the ships were adapted and decks were strengthened to carry weapons. As part of the strategic plan, should Poland be invaded, all ships were to make their way to the United Kingdom.

On 28 August 1939, all ships flying the Polish flag were ordered to remain outside the Polish Baltic Sea perimeter and stay in International waters. Eleven ships were caught in the Baltic, the North Sea ports and the Danish Straits. Some managed to reach Sweden arriving in Gothenburg before sailing with a Royal Navy escort to the United Kingdom, via Bergen. The cargo ships SS Slask, SS Rozewie, and SS Poznan were the last ships to leave the Baltic Sea region arriving in the United Kingdom on 18 November 1939.

The MS Pilsudski was named in honour of Polish Marshall Jozef Pilsudski and, at the time of her launch, she was the largest and most luxurious passenger liner sailing under the Polish flag. From her home port of Gdynia, she made crossings to New York and back, starting in 1935. During her second voyage from Gdynia, via Copenhagen and New York to Halifax, Nova Scotia, she encountered a severe Atlantic storm which caused significant damage, and highlighted shortcomings in her design.  Luckily this enabled modifications to be made to the MS Batory, which was still being built in Italy.

The MS Pilsudski came under British command in 1939 and was converted into a military troopship. However, her first wartime voyage was destined to be her last.  She set off for Australia from Newcastle in the UK on 25 November 1939, but was sunk the following morning just off Flamborough Head. The cause of her sinking is unknown, but two theories have been submitted:

-  she struck mines laid down by the German 4th Destroyer Flotilla.
-  she was struck by a torpedo fired from a German U-boat.

Another point of contention was that possibly she was abandoned too early, as she took several hours to sink and possibly could have been saved. Most of the crew were rescued, but two died, including Captain Mumert Stankiewicz, who had been rescued but later died of exhaustion and hypothermia. He was posthumously awarded the Virtuti Militari Cross for his bravery during the rescue operation.

Later in June, the Batory took part in Operation Aeriel, the evacuation of Allied troops from western France, specifically St. Nazaire and St. Jean de Luz. In the following month, the MS Batory and the MS Sobieski helped transport the United Kingdom’s gold reserves from Greenock, Scotland to Montreal, Canada. It is recorded that the MS Batory carried 2,950 crates of gold and paper banknotes from the Imperial British Bank, plus 34 boxes packed with valuable tapestries and monuments/statues from Poland. The convoy, including the MS Batory and MS Sobieski arrived safely at Halifax, under a heavily-armed escort, on 13 July 1940.

The MS Batory also took part in WS 2 (Winston's Specials) transporting 480 British children to Sydney, Australia, under the Children's Overseas Reception Board for safekeeping until the war was over. The voyage lasted 73 days from early August to October 1940.

In the Mediterranean Theatre, the MS Batory spent six months in service as a troop carrier from Egypt to Italy (1943) and took part in the invasion of southern France (Operation Dragoon, 1944). At this point she was the Flagship of the French General Jean de Lattre de Tassigny, Commander in Chief of the French Army. She returned to Poland after the war in 1946.

The MS Batory survived the War and, after a refit in 1947, resumed making transatlantic voyages through 1947-1951, although several Cold War incidents resulted in her subsequently being moved from the transatlantic route to Poland-India voyages. During the 1960s she was used in a number of films, but she was finally sent to a Hong Kong scrap yard in 1971.

She also participated in the Battle of Dakar and the campaign in Madagascar. Her other missions included carrying British troops of the 18th Division’s Cambridgeshire Regiment to the defence of Singapore against the Japanese. At the end of WW II she was used to repatriate the few survivors of the Cambridgeshire Regiment, who had been held prisoner by the Japanese in Malaya and Thailand. She also repatriated the prisoners of war from the infamous Changi prison in Singapore, sailing via Cape Town, South Africa, finally docking in Southampton during a dock-workers strike. Because of the strike, the prisoners of war who had endured so much cruelty and starvation under the Japanese had to unload their own baggage from the ship. In  1950, the MS Sobieski was sold to the USSR and registered by the Port of Odessa as the MS Gruziya.

Before returning to Gdynia she was converted into a merchant navy ship and used for transportation purposes around the Narvik area. On 14 May 1940 she sailed from Tjeldsundet taking British troops to Bodo but, just before midnight, German dive-bombers attacked the MS Chrobry in the middle of Vestiforden, setting her on fire which in turn exploded all the ammunition on board and killed 11 crew and an unknown number of troops. One of the escort ships, HMS Wolverine, picked up 700 survivors whilst the other escort ship, HMS Stork, stood guard and drove off other German aircraft before picking up some remaining survivors. MS Chrobry was subsequently scuttled by aircraft from the aircraft carrier, HMS Ark Royal, on 16 May 1940.