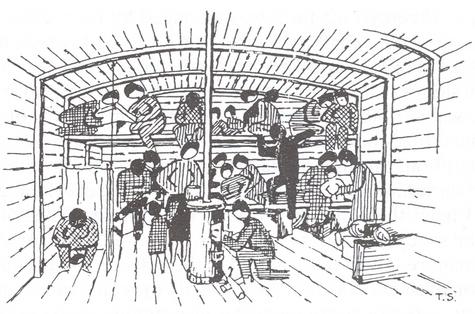 ​The overwhelming majority of those arrested were never tried. Many of them were to disappear for ever, probably murdered.

The families of those arrested  and other civilians were deported to Posiolki (family work camps), collectives, construction projects and lumber camps in isolated  areas of Siberia, Kazakhstan and East  Asia. The civilian deportees were never tried or convicted of crimes.

Prisoners of War and convicted criminals, including many political prisoners (on trumped up charges) were sent to Gulags in places like Vorkuta, Pechora, Uktha and Magadan. These were already established as part of the Russian prison system for convicted criminals.

The deportees were forced to endure long train journeys, sometimes up to several weeks, under brutal conditions in appallingly overcrowded and unhygienic boxcars. They were kept locked in, with only a tiny grated window at the top so it was dark and stuffy. There was a stove for heating food, and for occasionally boiling snow to wash themselves, and a hole in the floor as a toilet.

They were very rarely let out into the fresh air. Once in a while they were given watery soup,  maybe some bread or cereal. Many died, especially small children and the elderly. Their bodies were just thrown out and left in the snow. 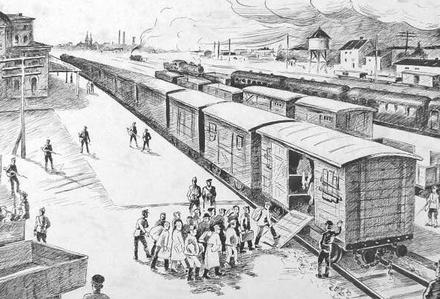 On 17 September 1939 the Soviets invaded Poland with an army of 600,000 that included 24 infantry divisions, 15 cavalry divisions, and nine tank brigades [ii]. They immediately set about carrying out their policy of ethnic cleansing [iii]. 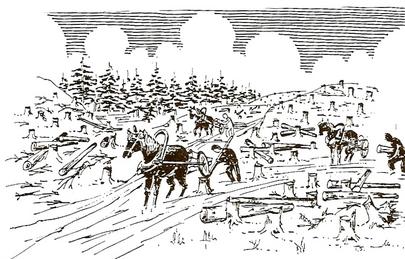 The war crimes of the deportations of Polish citizens from the Eastern Borderlands of Poland and of the Katyń massacre of Polish officers [i] were never mentioned at the Nuremberg Trials.

Both these war crimes were carried out by Soviet Russia during that period when Germany and Soviet Russia were allies from September 1939 to June 1941.

​Summary chart of the Civilian Deportations

showing departure, destination, and numbers of deportees. You can download the lists here.

More details on our Research page

The Soviets have not yet revealed all their wartime statistics; therefore, the estimated figures of those deported can range from under one million to two million depending on how the deportees are categorised.

A relatively small percentage of Ukrainians, Jews and Belarusians were included in the deportations.

The majority of the February deportations were mostly the families of settlers (osadnicy), policemen and foresters, civil servants and government officials.

Most of the April deportees were the families of officers and ex-officers, many of whom were murdered in the Katyń massacres, but also included in this category were some families of Polish military settlers, small farmers, policemen, foresters, civil servants, government officials imprisoned in the Soviet Union and Poland and also families of those in hiding or abroad and families of landowners, soldiers, tradesmen, farmers and the families of the previously-arrested intellectuals.

The deportations of June and July 1940 were principally refugees from German-occupied Poland who had not accepted Soviet passports, intellectuals, professionals and  “those likely to prove difficult to convert to communism”.

The June 1941 deportees were Polish citizens from the Baltic States and those previously missed.

Hania Kaczanowska: God How I Hate the Cold