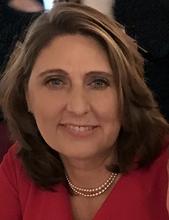 PAST EVENTS and REVIEWS​​​​​

We are now very close to capacity.

Please do NOT transfer any money until your places have been confirmed.

which began on 10 February 1940 and continued until June 1941
(For those who can't join us in person, we won’t be running a live Zoom call during the event,
but will try to record the talks and music and put them up on YouTube later)

To register, please reply by email by 3 February 2023 to support@kresyfamily.com

stating the number and names of persons registering.

After this date, the restaurant may not be able to increase the catering numbers.

Importantly, please specify if you wish the vegetarian or other dietary option for the restaurant to ensure it is available.

Payment of £35 per person can be made either:

​​​​​Listen to past radio broadcasts

The Katyn Massacre
Tens of thousands of Polish officers were secretly executed in the USSR during World War 2. The German occupying forces reported the first mass grave, in the village of Katyn in 1943, but Moscow only admitted to the killings in 1990. Dina Newman speaks to the son of one of the murdered officers, Waclaw Gasiorowski.

During World War Two, close to 20,000 Polish people found refuge in Africa. They arrived after surviving imprisonment in Soviet labour camps and a harrowing journey across the Soviet Union to freedom.

Casimir Szczepanik arrived as a child in a refugee camp in Zimbabwe (then Southern Rhodesia). He talks to Rob Walker about his life there and the impact the war still has on him.

Syrena Songs - BBC World Service available on Iplayer
Broadcast on 5 August - Monica Whitlock tells Syrena Record's story and travels to Warsaw to hear from a new generation of musicians recreating Syrena's sound. Syrena Records was created in 1904. It sold millions of discs to new audiences hungry for shellac delights - opera singers, cantors, political humour and Yiddish theatre. Success allowed founder Juliusz Feigenbaum to invest in state of the art recording technology. By the time independent Poland was reborn in 1918 Syrena was well placed to shape the sound of a new nation.
Hot tango and jazz were performed by superb musicians and singers, mostly Jewish, mostly of a generation breaking away from the old world and facing the new. Adam Aston, Hanka Ordonka, Henryk Wars, Mieczysław Fogg and others cut disc after disc before playing in the elite nightclubs of Warsaw. Some 14,000 records by artists at the top of their game. Outpourings of Yiddish tango, slinky foxtrots, romantic ballads. Records in Hebrew, Yiddish, and Polish. Songs such as The Last Sunday and Donna Clara went international.
In 1939, invasion and war ended Syrena and the Polish nation. Its factory and archives destroyed, its artists murdered or scattered in exile. But there was one last tune to play. Henryk Wars, former musical director at Syrena, formed an orchestra that became the soundtrack of Poles in exile and in military uniform. From Tehran to Palestine to the fortress of Monte Cassino, those musicians and singers that had once been the heart of Syrena now played songs of a lost nation, creating the anthemic Red Poppies of Monte Cassino.
Available on repeat on BBC Iplayer radio

Broadcast on Tuesday 7 August - Ann Siburuth is interviewed about the Resettlement Camps in North Manchester and tells of the story of the people of wartime Kresy.

Broadcast on 6 and 8 August - Jane Rogoyska meets Polish people who were exiled to Siberia as children by Stalin and their descendants.  The changing winds of war took them from Siberia and Kazakhstan to Uzbekistan, Persia (now Iran) and onto India or Africa - then to Britain. They thought that Britain was another stopping point on their odyssey home to Eastern Poland but they and their descendants are still here.  With the participation of Kresy Family members.

The Odyssey of General Anders' Army

Listen to the radio program by Monica Whitlock by clicking here

​By the summer of 1940, a quarter of a million Polish prisoners of war had already been sent to Soviet prison camps. More than a million civilians deemed undesirable by Stalin were packed aboard cattle trucks to the far east of the Soviet Union. Many died on the journey, many more would die in the harshest conditions, toiling, starving and freezing on collective farms or labour camps in Siberia, the Urals or Kazakhstan. But then unlikely salvation came with the opportunity to join Anders Army.

Formed in the aftermath of the Nazi invasion of the Soviet Union in June 1941, in a deal brokered between Churchill, Stalin and the Polish Government in exile, this was, on paper, to be an army formed of Poles now held on Soviet soil to help fight the Nazis. Stalin reluctantly released 390,000 Polish prisoners of war and their dependents. Less than half would finally make their way to freedom.
General Wladyslaw Anders, who had languished for two years in Moscow’s Lubyanka prison, fortunate not be shot along with 33,000 Polish officers at Katyn, took command. He remained insistent that as many women and children who could would join this new fighting force. Anders knew this was the last and best chance of escape for everyone.
What followed was a 9000-mile journey to freedom. Thousands died en route before crossing the Caspian Sea to safety in Iran. Orphans found new homes in Isfahan. Large numbers of Jewish Poles - including Menachem Begin, who became Israel's sixth prime minister - left to become part of the fledgeling Zionist army in Palestine. Thousands more fought on as the Polish 2nd Corps in the crucial final battle of Monte Cassino in Italy in May 1944.
By the war’s end, General Anders had gathered 41,000 combatants and 74,000 civilians, and brought them to freedom. But for the majority, there could be no return home to a Soviet-dominated Poland. The majority settled in Britain, others lived new lives as far apart as New Zealand, Kerala and Kenya.
Although this astonishing odyssey has changed the lives of two generations of Poles - and Poland itself - the story is not well known: suppressed in Communist Poland and barely told in the West.

​BBC News Magazine - A Polish girl's journey across three continents by Monica Whitlock BBC World Service
Click here to view the article or here to listen to the broadcast.

Katy Carr – an award-winning British recording artist who has released 6 albums. Her recent albums Paszport (2012), ‘Polonia' (2015) and Providence (2020) are inspired by the Polish WWII experience. In 2016, Katy was awarded the Pro Patria medal for her humanitarian and musical work. Katy has previously performed at our annual commemoration and we are delighted to have her back.

Aleksander Smaga MSc. Dipl.-Ing. Arch. RIBA ARB - International architect; he designed the Polish Air Force Memorial in Plumetot, Normandy in honour of Poles (some of whom survived the deprivations of Siberian deportation) who went on to fight the Nazis to free Europe in the hope of returning to their homeland.  His current project in Kraków is to commemorate the Polish Underground Army. 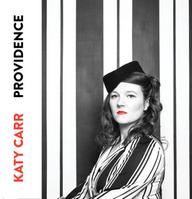 Anna Kucewicz, MBE, MSc, - daughter of a Siberian deportation survivor, is creator of the website Polish at Heart. The title says everything.  A graduate in history, she knew little of her parents' history as a child, except for the snippets her grandmother shared.  Since then and having finally got more details from her father, now in his 90s, she  has made discoveries about which she will speak at the event.  She will be travelling from her home in Yorkshire to join us. 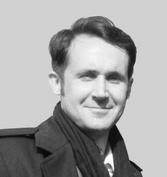