2.  Wojciech Narębski (Mały Wojtek), a member of the 22nd Artillery Supply Company, named the young bear after himself.
FALSE

We know from the Chronicle of the Company that when the small bear was delivered to them on 22nd August 1942 by Lieutenant Florczykowski, he had not yet been named.

He had, however, already been named Wojtek (meaning happy warrior) by members of the 22nd Artillery Supply Company before Wojciech Narębski joined the Company in October 1942. When he reported to his new commanding officer, 17 year old Wojciech was told that he would be the second Wojtek in the Company, and was very surprised to see that his namesake was a bear. Due to his small stature, Wojciech became known as Mały (small) Wojtek, and the bear as Duży (big) Wojtek. The bear was also to grow much bigger, while the soldier had already reached his full height.​​

​Back to Wojtek Stories - True or False? 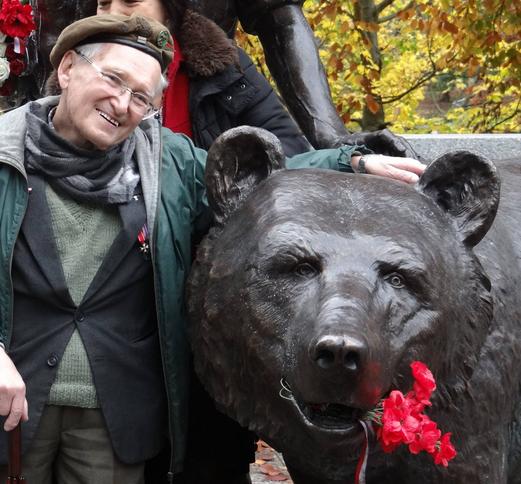