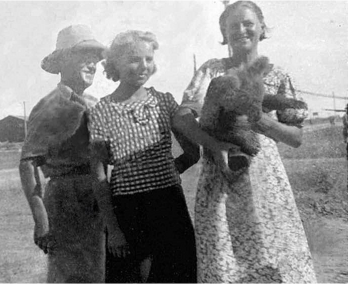 1.  Members of the 2nd Transport Company (later the 22nd Artillery Supply Company) adopted the young orphaned bear cub from an Arab boy near Hamadan in Iran, in exchange for tins of food, some chocolate, and a Swiss army knife.
FALSE

On 3 April 1942 a group of higher staff officers of the 5KDP 5th Infantry Division, commanded by General Boruta Spiechowicz, met the young Iranian boy with the baby bear in his arms. An 18 year old civilian, Irena Bokiewicz, niece of General Bolesław Długoszowski, who was amongst the group, wanted to have the cub and Lieutenant Anatol Tarnowiecki (3DSK Polish 3rd Carpathian Rifle Division) was persuaded to buy the bear for her, in exchange for a few coins.

It was on 22 August 1942, that the bear was delivered by Lt. Florczykowski to the 2nd Transport Company (later renamed the 22nd Artillery Supply Company) in Gedera, Palestine. ​​

Back to Wojtek Stories - True or False?