​13.   After the war, children rode on Wojtek's back during his time at Winfield Camp near Berwick on Tweed.

As well as giving his soldier companions rides on his back, Wojtek gave local children rides during his time at Winfield.

According to Aileen Orr, author of Wojtek the Bear: Polish War Hero, Wojtek had a very keen sense of smell, particularly for sweets and cakes. She writes about his liking for cakes at local Scottish country dances, and also recalls that he could smell sweets in people's pockets. Wojtek worked out that children often had sweets, so really liked them riding on his back!

During this time Wojtek's taste for beer also led him, and his companions into trouble on several occasions. He was normally rationed to only two bottles of beer a day, but there were times when he and his army friends enjoyed extra alcohol on a night out in nearby Berwick on Tweed. 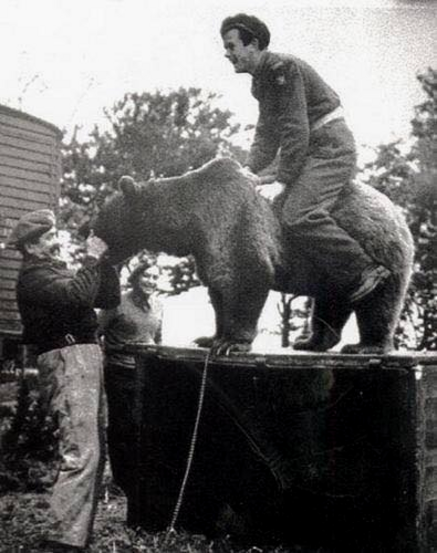