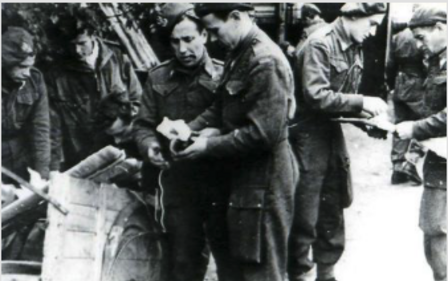 To achieve this a plan was devised.

Allied airborne forces would seize strategic bridges across major waterways in Holland, the canals at Son and Veghel, the Maas at Grave, the Waal at Nijmegen and the Lower Rhine at Arnhem = (Operation MARKET).

Once over the Rhine, the Allies would be in a position to threaten the Ruhr, Germany’s industrial heartland.

Orders for MARKET GARDEN were issued on 10 September with a launch date of 17 September - a very short planning period for a very complex operation:

The First Allied Airborne Army, under the command of Lt-Gen L Brereton, comprised:

The operation was beset with problems and uncertainties from the very start:

On Sunday morning, 17 September, hundreds of Allied transport aircraft, many towing gliders, took off from airfields in Central and Eastern England heading for Holland - all three airborne divisions landed, as planned, and set about securing their objectives.

However, the 2nd Battalion Parachute Regiment found an undefended route into Arnhem and seized the northern end of the road bridge spanning the Lower Rhine. Reinforced by other elements of the 1st Airborne Division, Lt Col Frost established defensive positions in surrounding houses and, over the next few days, with his small force of 500 men, supported by four six-pounder anti-tank guns, was able to beat off a steadily increasing number of German attacks.

Although reinforced the next day, 18 September, by further landings by the 4th Parachute Brigade, little headway was made against the  strengthening German  defences as  the Germans  established a  series of blocking  positions  preventing the relief of  Lt Col Frost and his men at the bridge.

The Guards Armoured Division linked up with the US 101st Airborne, but were held up by a destroyed bridge at Son while a temporary bridge was constructed by US paratroopers and British engineers, imposing more delays on their advance.

On 19 September, it had been planned to drop the 1st Polish Independent Parachute Brigade to the south of Arnhem Bridge but bad weather forced a postponement. However, gliders carrying the Brigade’s anti-tank guns were able to take off but, as they were about to land at Arnhem, a major German attack overran their designated landing zone. Flying through intense enemy fire, the gliders found themselves landing in the middle of a confused battlefield with German, British and Poles firing at their opponents and each other! Only three anti-tank guns were saved. Unable to break through, 1st Airborne Division abandoned its efforts to relieve the paratroopers still holding out at the bridge, and the survivors of the day’s fighting fell back to the village of Oosterbeek which was prepared for defence.

Next day, 20 September, General Sosabowski was told that his brigade would be dropped later that day at Driel and then would cross the Rhine by ferry to reinforce the 1st Airborne position at Oosterbeek. But, as the aircraft were taxing down the runway, they were informed that the operation had been postponed for another day.

At the Arnhem Bridge, the position of the British defenders continued to worsen as German pressure reduced the size of their defensive perimeter and as their casualties mounted.

At Nijmegen, British tanks and American paratroopers resumed their combined attacks. By mid-afternoon the approaches to the southern end of the road bridge had been taken and, after a heroic crossing of the river, under intense fire, US paratroopers were able to link up with British tanks who raced across the bridge from the south. German attempts to destroy the bridge failed.  Despite American urgings, the British were reluctant to advance further that day with their tanks, up an exposed road, in the dark, with no information on the strength of the enemy defences ahead of them.

At the Arnhem Bridge on the morning of 21 September, the surviving defenders, exhausted, out of ammunition and totally surrounded, with many dead and wounded, surrendered.

The 1st Airborne Division was now defending a position around Oosterbeek, but still in control of part of the northern river bank.

He was to receive more bad news:

The Poles took up position along the river bank, but efforts by 1st Airborne Division’s engineers to improvise rafts failed, so the Poles returned to their original positions around Diel and dug in.

British forces from the Guards Armoured and 43rd (Wessex) Infantry divisions moved out of the Nijmegen bridgehead to link up with the Poles at Driel on 22 September. It was decided to mount another attempt to cross some of the Polish paratroopers across the river. However, a lack of suitable boats meant that only some 52 Poles from 8th Company made it to the British positions around Oosterbeek.

Another attempt was made on the night of 23 September, but was detected by the Germans. Although some 250 Poles, mainly from the 3rd battalion crossed the river, only 153 made it into 1st Airborne’s perimeter. Allotted positions in the defences, their fighting qualities quickly gained the admiration of their British comrades fighting alongside them.

After an acrimonious planning meeting between Generals Horrocks and Sosabowski, it was decided to make a further attempt to reinforce the Oosterbeek perimeter. This was to be carried out on the night of 24 September by the 4th Battalion the Dorsetshire Regiment and the 1st Polish Independent Parachute Brigade  (which had been brought up by truck from Nijmegen). Due to the shortage of assault boats, the Polish crossing was cancelled. The attack by the Dorsets failed with very heavy casualties.

MARKET GARDEN had created a narrow 60-mile salient stretching from the Belgian border to the lower Rhine. Everywhere, Allied units were engaged with the Germans as the enemy made numerous efforts to cut the narrow Allied supply lines along both sides of “Hell’s Highway”. With the failure to reinforce the Oosterbeek position, the decision was taken to withdraw the 1st Airborne Division back across the river.


Operation BERLIN began late on 25 September. The Oosterbeek positions were silently evacuated and the surviving paratroopers ferried back across the river, the Germans being totally unaware. Only the very seriously wounded, tended to by some medical personnel and chaplains, together with German POWs captured during the course of the fighting were left behind. MARKET GARDEN was at an end.

The survivors of the 1st Airborne Division were airlifted quickly back to England. The Poles marched back the 14 miles to Nijmegen where they spent the following ten days on guard and patrolling duties before also returning to England. The US 82nd and 101st Airborne Divisions remained in action in the front line in Holland, only being withdrawn in the second half of November.

For the Germans, Arnhem was their last victory of the War.

When MARKET GARDEN was launched, the Dutch Government-in-Exile called a national rail strike, which was maintained until the end of the war, despite the execution of many railwaymen. In retaliation the German occupation authorities banned the movement of food and fuel along the country’s canals and inland waterways. Large-scale starvation was the result. The surviving civilian population of Arnhem were expelled and their properties looted. It was an empty and ruined town that was finally liberated in April 1945 by infantry from the 49th (West Riding) Infantry Division supported by tanks from the 5th Canadian Armoured Division.

A very good video series can be found at:   https://www.youtube.com/watch?v=vTUC79o4Kmc 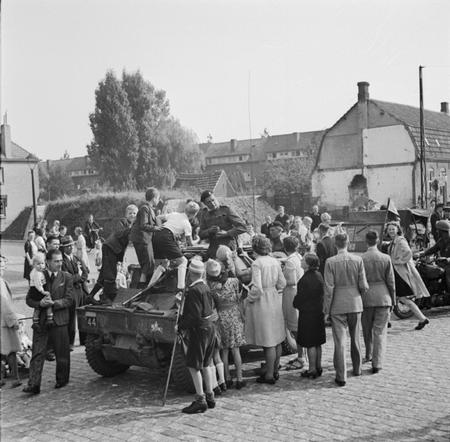 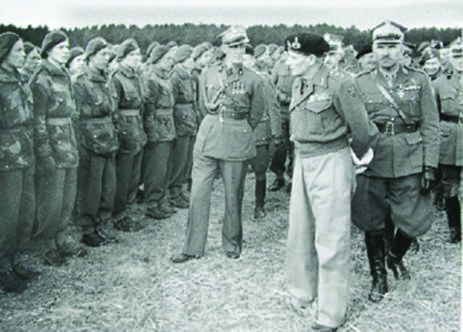 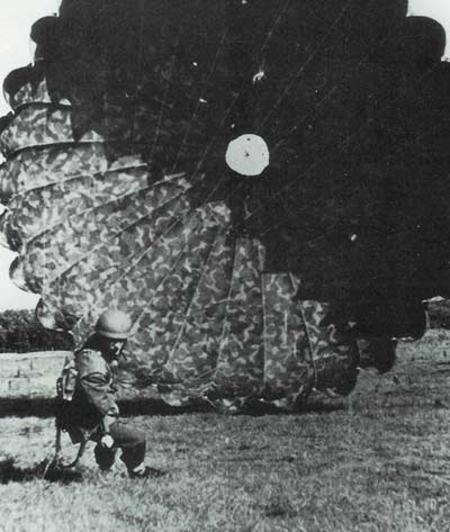 Later that day, again delayed by bad weather, the 1st Polish Independent Parachute Brigade finally took off for Driel in the afternoon. General Sosabowski had severe doubts regarding the viability of the operation but had been reassured by information that the Heveadorp Ferry, which would be used to ferry his men across the Rhine to Oosterbeek, was still in British hands.

As the transport aircraft began their run in over the drop-zone, they came under intense anti-aircraft fire, leading to the loss of five aircraft with 33 damaged. The Polish paratroopers landed under heavy machine-gun and mortar fire. Although casualties were few (five killed and 36 wounded) Sosabowski learnt to his dismay that one of his three battalions had been dropped in error at Grave and would have to be transported to Driel by road, reducing his force to only some 750 men. 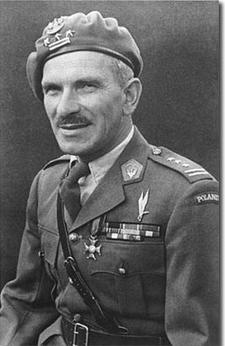 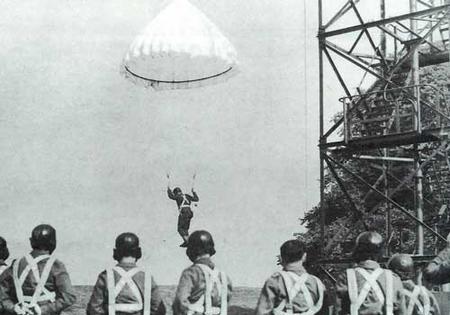 The Poles dug in at Driel 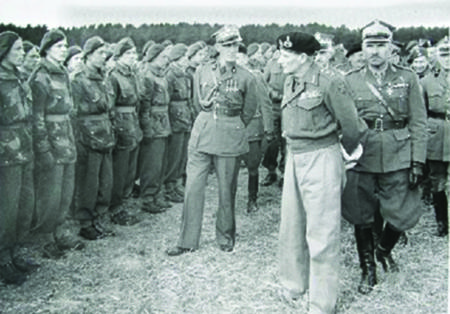 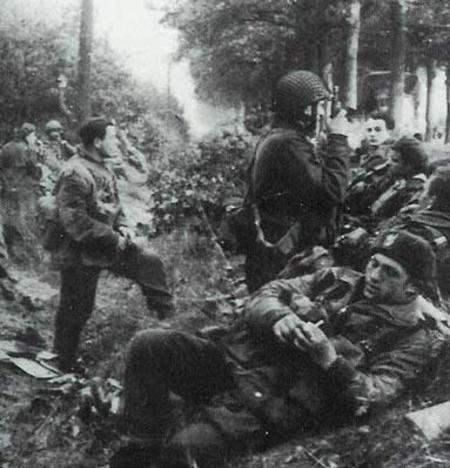 British Paras from 1st Parachute Battalion dig in at Arnhem 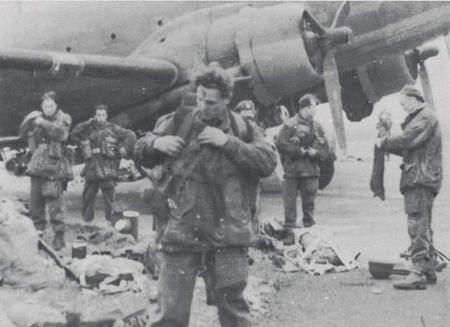 Polish paras on their way to Arnhem 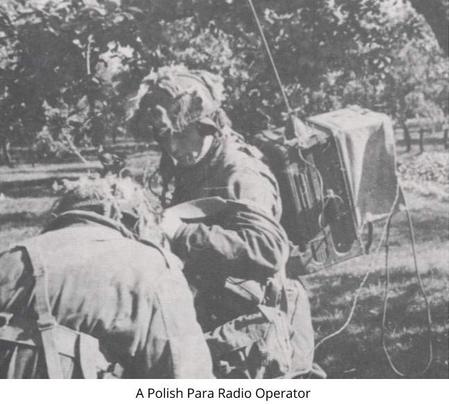 Operation ‘MARKET GARDEN’ was the largest airborne operation in history - a daring and ambitious plan to end the war before the end of 1944.

After the defeat of the German Army in Normandy, followed by its retreat to the very borders of the Reich, senior allied commanders saw an opportunity to exploit this collapse and end the war before 1944 was out. 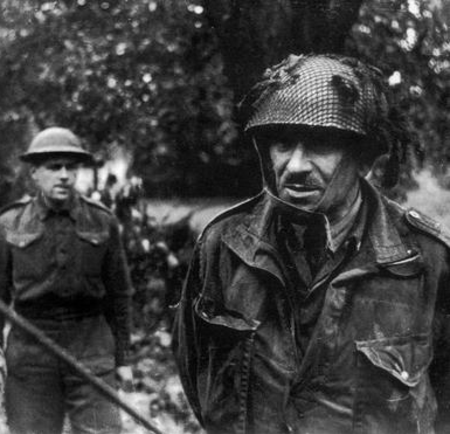 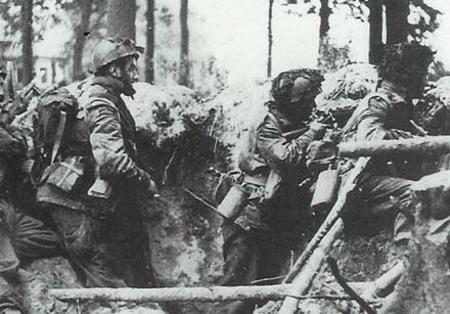 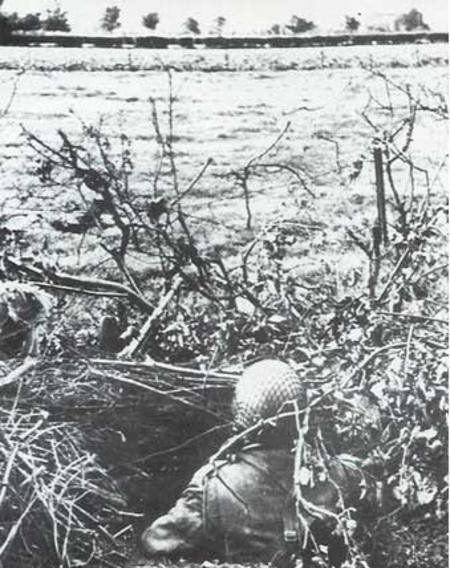 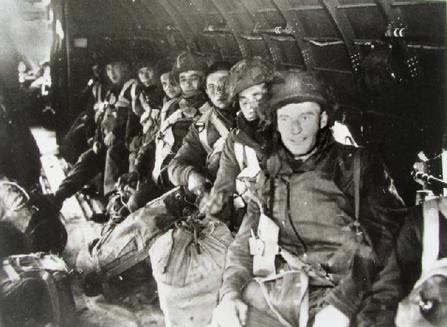 In Arnhem, after securing their landing zones to the west of the town, 1st Airborne parachute and glider troops began their eight-mile advance towards the Arnhem road and rail bridges, greeted (and often delayed) by crowds of welcoming Dutch civilians, ecstatic over their sudden and unexpected liberation. As they advanced, they began to experience increasing German resistance, not from the inexperienced or elderly second-line troops they had been led to expect, but from battle-hardened soldiers from the 9th and 10th Waffen-SS Panzer Divisions, battle-hardened veterans of the Eastern Front and Normandy. These formed the core of enemy resistance that would be steadily reinforced over the coming days by increasing numbers of German troops from other parts of Holland and across the nearby border from the Reich, accompanied by growing numbers of armoured vehicles against which the British paratroopers had little effective defence. These German units were able to block the British advance into Arnhem.

The Germans, however, had been alarmed by what they saw as another major airborne reinforcement and diverted troops and tanks from the Oosterbeek siege to move south across the river and attack the Poles. However, the wet, ditch-bisected area which the Poles occupied was totally unsuitable for armour and the planned attack failed to materialise, but did relieve pressure, for a time, along the 1st Airborne’s defensive perimeter.