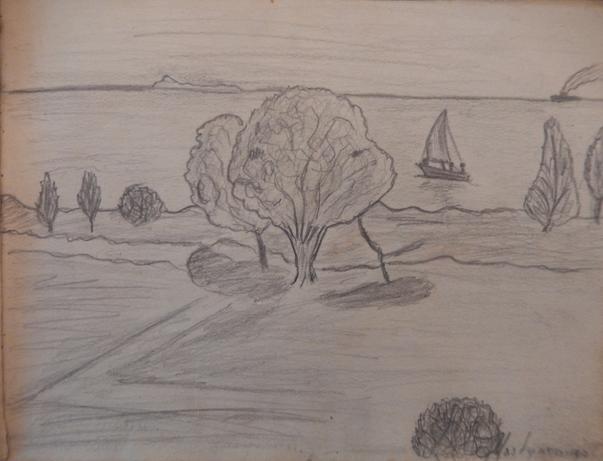 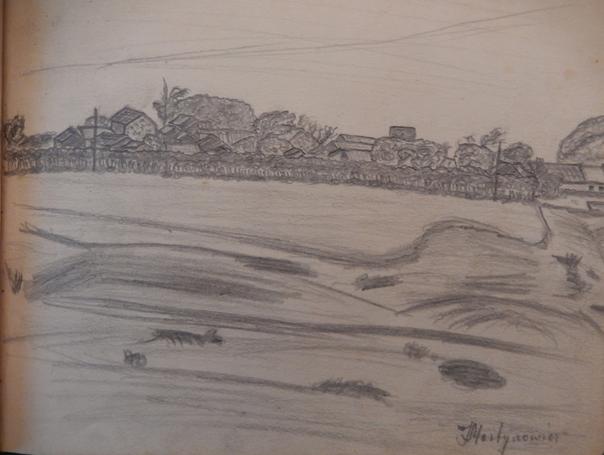 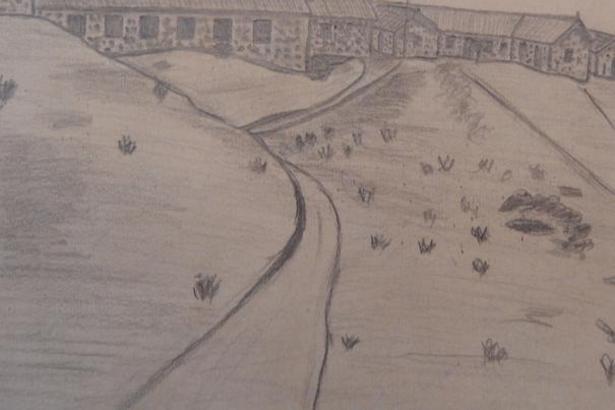 The rest of the story is similar to the terrible ordeal faced by many of the Kresy deportees. They were forced to work under extreme weather conditions, with little food and no medical attention. When Germany attacked Russia, an agreement was made with the Soviets to expatriate the Polish deportees.  My parents, along with many more Poles, were transported from Siberia to Persia.  From there, my brothers and many other children were taken to safety to Nawanagar India, where they remained until after the war.  My parents’ journey sent them to Palestine and South Africa, ending finally in an army base in Scotland where I was born in 1943.  Both my father and mother served in the Polish army 1st Armoured Division under General Maczek.

After the war we were finally reunited as a family. We lived in Scotland until 1952 when we moved to New York.  My brother Józef continued his art work while living in Connecticut. He was also a talented violinist.  He passed away in 2014.  My brother Jan is 92 and still living a healthy life with his wife Izza in Florida.  I live in California with my wife Linda. 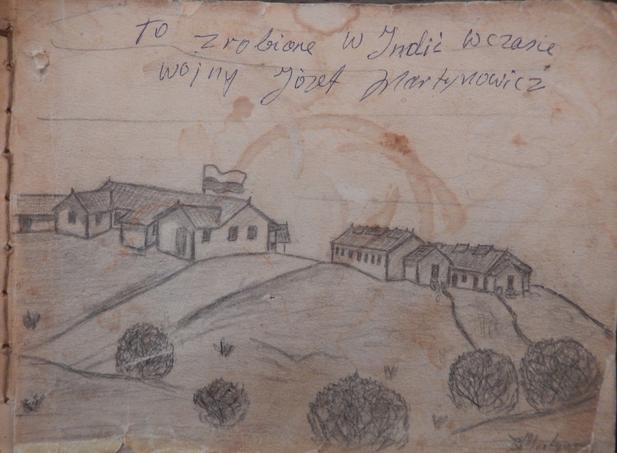 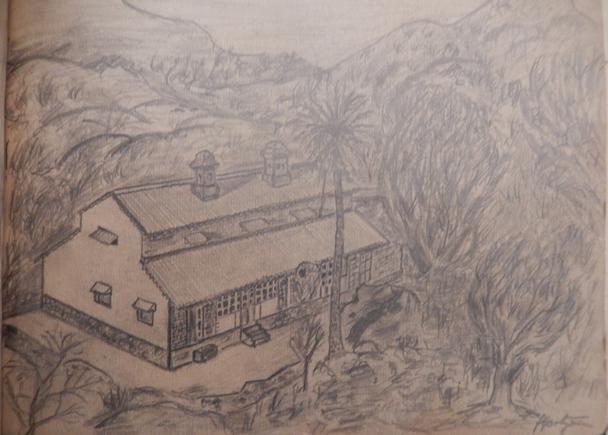 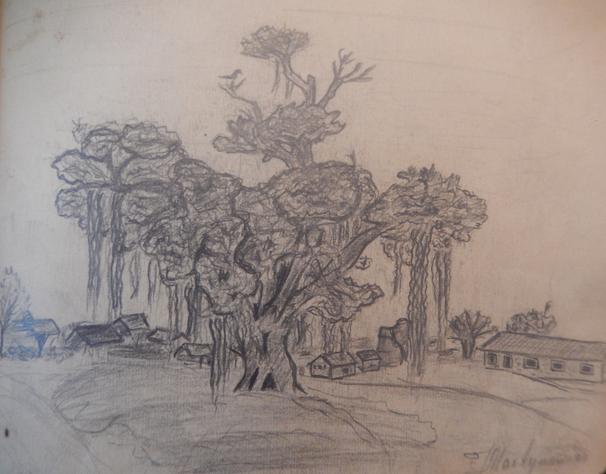 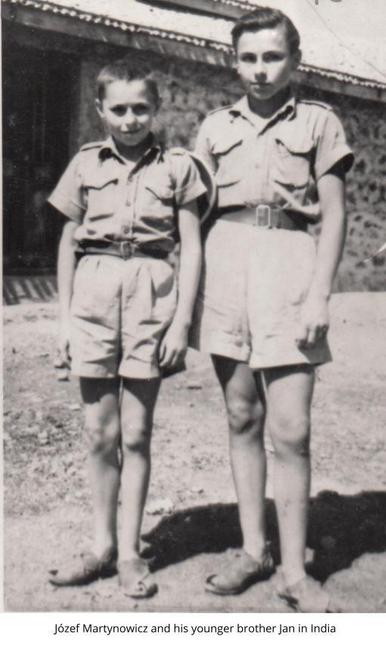 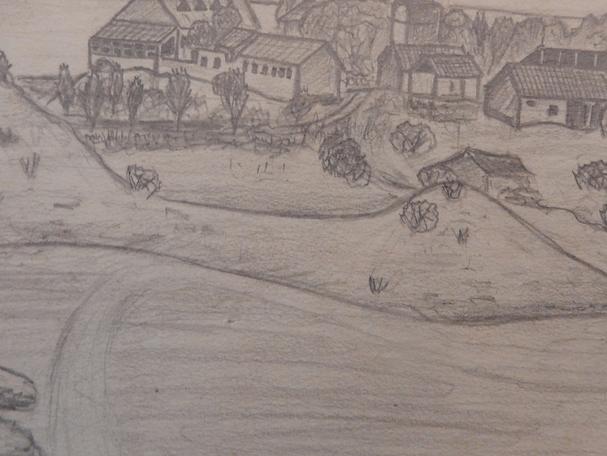 These drawings are from locations in and around Balachadi camp in Nawanagar (now named Jamnagar), India. They are the work of Józef Martynowicz at the age of 16.  With his younger brother Jan, he was separated from his parents during the journey from enforced confinement in Siberia to Persia and then sent to India for safety during the war. Their parents served in the Polish forces in Palestine, followed by South Africa and finally Edinburgh, Scotland. Józef sent these drawings to his mother in Edinburgh in 1943.

Following Józef’s death, the drawings are donated by his younger brother, Zygmunt. 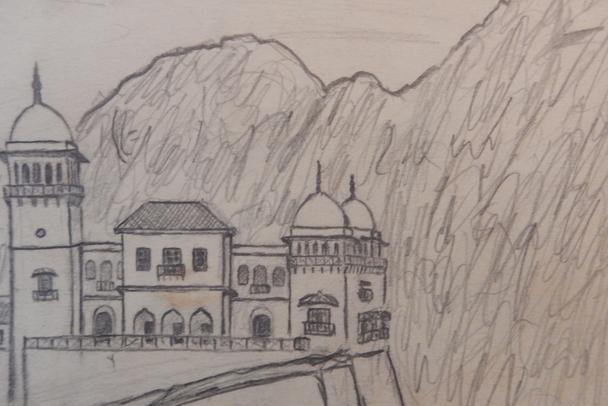 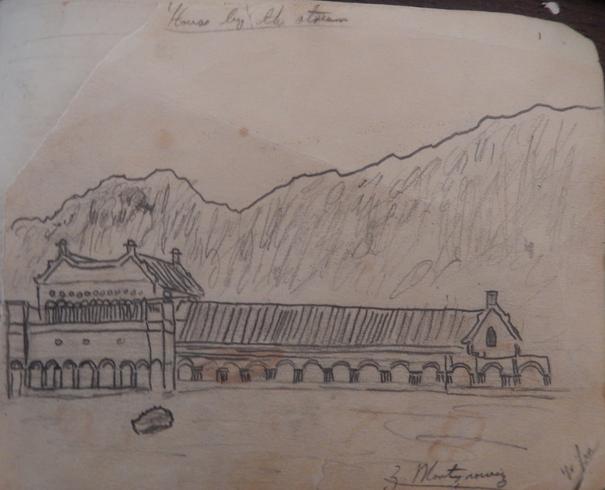 My brothers’ story starts before WWII.  Their father, Łukasz Stukaluk, died when they were young.  My father, Józef Martynowicz, married the widow Rozalia and adopted the brothers Józef, Jan and also their sister Jadwiga.  They lived happily in Ułańska Dola, in the Targowica area near the town Dubno in Wołyn province.

When the Bolsheviks invaded the area in 1940, they singled out my mother Rozalia as well as my brothers and sister to be sent to Siberia because her deceased husband fought in the Polish-Soviet war in 1920.  The territory where they were living used to belong to Russia and in the 1920’s the new Polish government granted land to soldiers to settle there. My father Józef, who was not a settler,  stopped them and said, “I am her husband and these are my children.  If you take them, you will also have to take me”.

So they forcefully took the whole Martynowicz family to the Kotlas labor camp in the Arkhangelsk province of Siberia.  My brother Józef was 14, Jan was 13 and Jadwiga was 10.  My sister Jadwiga, whom I never saw, died in the Siberian camp.

Drawn in India during the war, Józef Martynowicz 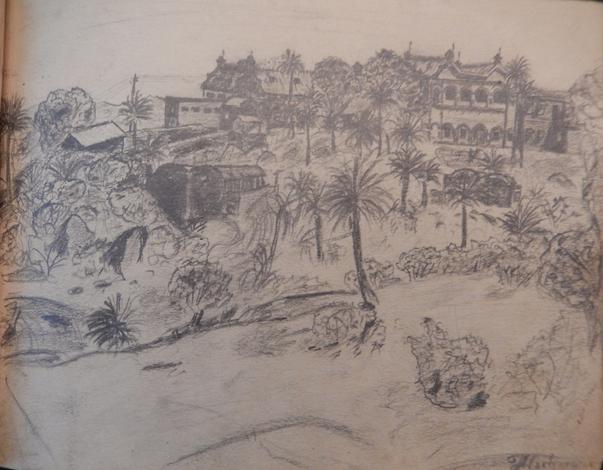 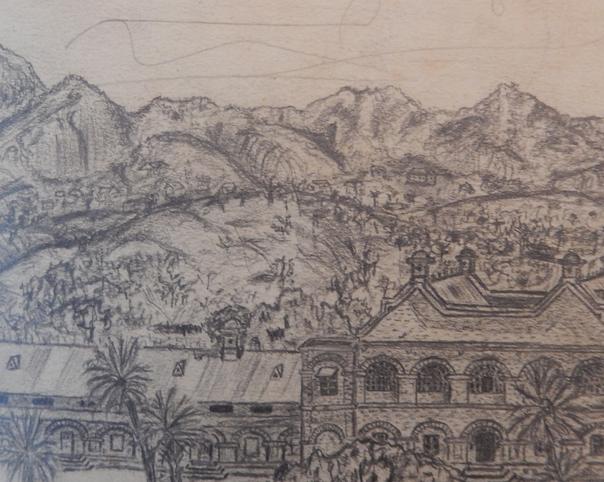 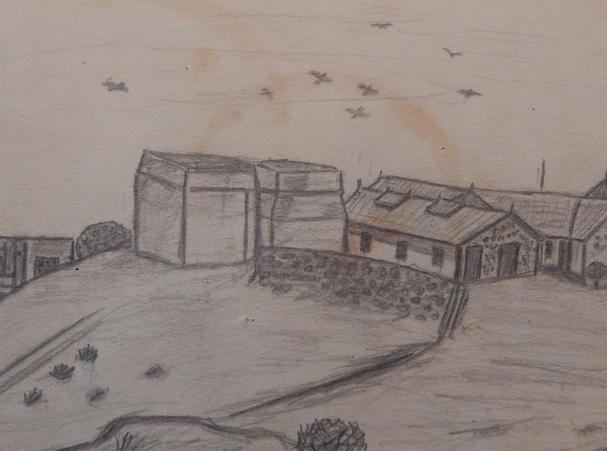