The first school years were in the private home of the Bieniow family. It was not until 1929 that he joined in the building of the Community Centre. Once completed, the school was set up, as well as other institutions: a library, a shop selling school material, a dairy, a building for pickling cabbage, a post room with a telephone exchange, a branch of Stefczyk Bank, a co-operative store, and a grain store. A big success on the osada was the building through the Red Cross of a health centre, which housed a medical consulting room with a dental surgery, a clinic for mothers and children, and sports fields. The crowning achievement of the Osada Krechowiecka was the building of a church in 1937 in Karlowszczyzna together with neighbouring settlements Hallerowo, Jazłowiecka and Bajonówka. Czesiek belonged to the altar-boy group, which numbered around 40 boys. From the very beginning, he was the chronicler and towards the end he was the secretary and also belonged to the scouts.

This peaceful and ordered style of life was interrupted by the war. The entire Pukacz family, in the same way as very many other settlers from Kresy (Eastern Borderlands) was deported in freight wagons in frosty winter weather on 10 February 1940 to the posiolek/camp Monastyriok in the forests of Archangelsk. There, together with his father, he felled trees. Following the announcement of the so-called ‘Amnesty’, the family made their way south to Uzbekistan. En route, his brother Ryszard died of starvation and weakness.  His father died in 1942 in the Fergana Kirgizka kolhoz, and was buried there.

In February 1942 Czesław enlisted with the Polish Army which was being formed by General W. Anders, and travelled through Persia, Iraq and Palestine, and was then evacuated to Scotland where he joined General Maczek’s 1st Armoured Division for training.  With the division, he took part in the war campaign through France, Belgium, Holland and Germany.

After the war in 1947 he returned to England and met Wanda Ginter in Codford Camp near Worminster.  They married on 14 February 1948.  Following demobilisation on 9 August 1948 they settled in Huddersfield where he met up with his mother and brothers and sisters whom he had not seen since their separation in the USSR in 1942. At the same time as working in the textile industry, he studied at College in the evenings.  Once he finished his studies, he got a job in the Pottery industry as a credit controller. He worked here until his retirement in 1987.  Wanda died an untimely death in 1995.

The seeds of his love of the scouts and scouting were sown in his young years in the settlement, and they re-emerged in 1970. He engaged in active work, such as secretary of the Wilno troop, followed by Commander of the scout troop, and then official in charge of training the senior scouts. Czesiek dedicated much effort and work to the purchase and then repair of the Fenton Scout Camp. He managed it for many years.

Thanks to Czesiek Pukacz, Fenton became the first meeting point for OROK in Great Britain and continued for thirty further years.

Czesiek received many awards for his army service, his social work in scouting and religion: 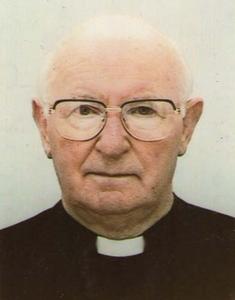 He was involved in the formation of the Polish church and centre in Huddersfield in 1962 and was committed whole-heartedly to their cause. He was Chairman of the Parish and Rosary Group many times and for many years. He often served at the altar.  However, he discerned the calling to serve God more closely.

In 1986, he began his studies in theology under the guidance of English and Polish priests.  After three years he was ordained a permanent deacon by the Bishop of the Diocese of Leeds, Dr D Konstant. For many years, he carried out his duties as deacon in the Parish.

There were eight children in the family: Czesław, Stanisława, Wladyslawa, Apolonia, Ryszard, Leon, Leokadia and Helena. The two youngest children died a few months after their birth. 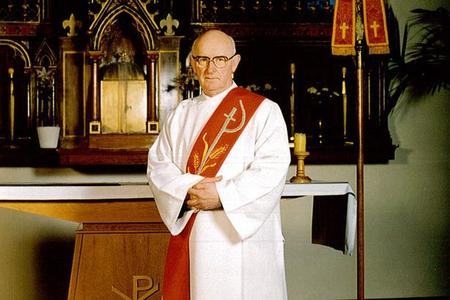