This is a true story about the life of one of many thousands of Polish families taken from their homes, from their country and forcibly transported deep into the Siberian forest by the Soviets in February 1940.

CHAPTER 1 – Where we lived before the Second World War - WOŁYN

Then came the year 1938. It was late summer, nearly harvest time, and if I remember correctly it was Sunday. From early morning far on the horizon we could see a thin dark line. As the day progressed, this line was coming closer and getting bigger and bigger. By late afternoon we could see that it was a massive black cloud. The air was still and humid, and we knew that something was going to happen. - And it came, about nine o-clock that evening. The wind picked up, lightning lit the skies and there was a rumble of thunder all around. A little later a hail storm started. I have never seen anything like it before or since. It lasted for about twenty minutes perhaps a little longer, but it seemed like ages. All that time we just sat there hardly speaking, but just looking at each other.

When it stopped, my father lit a hurricane lamp and we went outside, ice was everywhere about six inches deep, and hail stones were the size of hazelnuts. We were up early the following morning, and so was everyone else, trying to assess the damage. There was no harvest that year; all the crops were completely flattened, everything was ruined, and even the vegetable garden was destroyed. We tried to salvage what we could, but there was not much to save.

In front of our house, about two hundred yards away there was a rectangular (approx.100 yards x 50 yards) clumps of trees, all silver birch, always full of singing birds, but after that terrible night I walked in there and it was very quiet. Most of the birds were lying on the ground dead; it was a sorry sight.

or Back to Contents Page 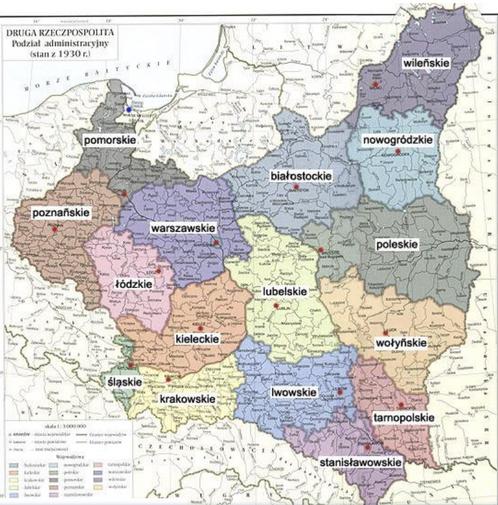 The province of Wołyń in Eastern Poland is where we lived before the Second World War. My father was a farmer who had twenty six hectares of land. Life on the land was not easy in those days and we just about managed to make ends meet.

There were several large farms around and houses were well scattered. Our nearest neighbours lived about half a mile away. Some distance away, over a sandy hill is the village of Podryże, and my uncle lived on the edge of the village. The main road which ran from the nearest town to the village was about a mile from our house. I still remember the road being built. Beyond the road, in its own grounds stood our school. It was an uneventful sort of life, nothing interesting ever happened.