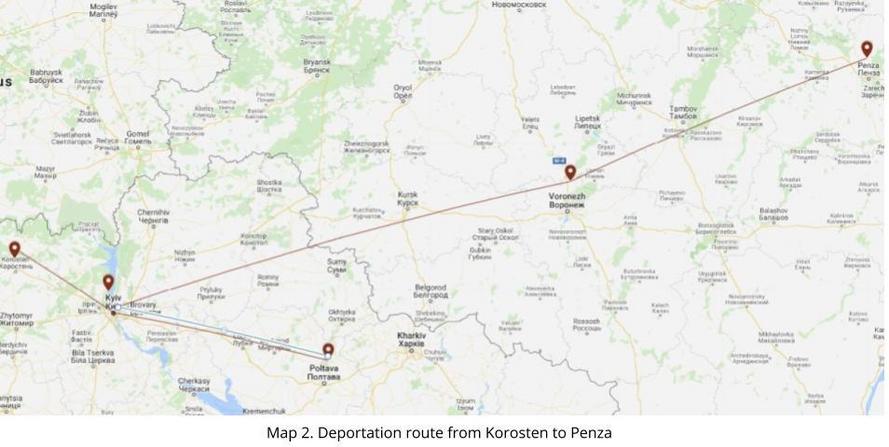 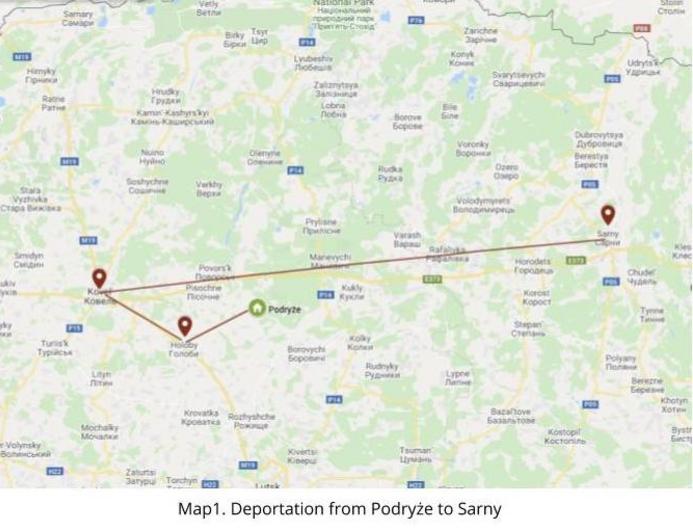 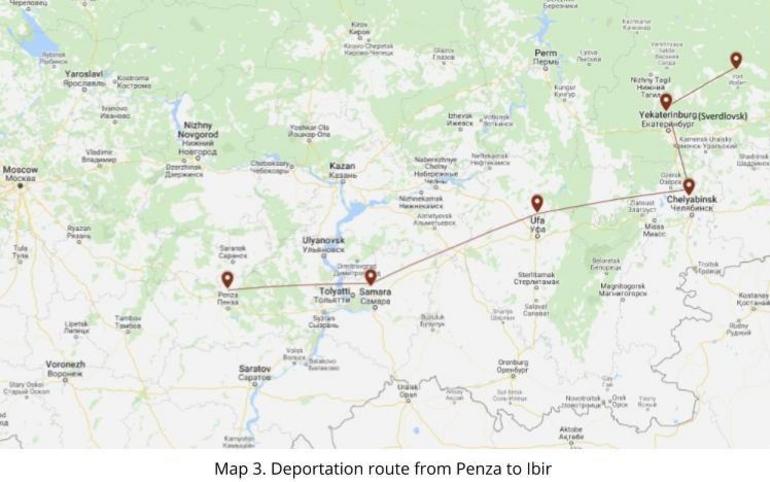 CHAPTER 3 - A trainload of human misery - JOURNEY TO SIBERIA

That was the beginning of our journey into the unknown.  It was dark when we arrived at the town of Kovel.  The train stopped at the station, the door was opened and we could see armed Russian soldiers everywhere.  There were hundreds more people on the platform waiting to board the train. After a considerable time the door was slammed shut and the train pulled away again.  We were very tired by this time and everybody just fell asleep wherever they sat or lay down.

It was late the following morning when the train stopped at the border town of Sarny; there we had to change trains, the reason being that Russian railway lines are wider than in the rest of Europe.

This train was no different - goods wagons, beds of boards at each end, stove in the middle with some coal lying on the floor and a hole in the floor for the toilet. We found two or three empty buckets standing there and we were soon to find out what they were for.  At the top of the side walls, there were little windows cut out (two each side) but there was no glass in them just metal bars across and that was all the light we had. As before there were twenty-five of us inside and we did not realise at the time that this was going to be our home for the next sixteen days. Someone found some old blankets and made a makeshift screen around the so-called toilet.

We left this small border town in the late afternoon, but still nobody knew where they were taking us. It was freezing so somebody got the fire going. It all seemed like a bad dream, so unreal, and yet it was true. The train just kept going, hurtling into the night, never stopping at any small stations.

In the early hours of the morning, the train came to a halt in the town of Korasten. The door was opened and armed guards stood outside. We looked out and could see there was an armed guard outside each wagon, then some more soldiers appeared. One of them said something like “I want three men to come with me and bring your buckets with you”. The first three men took the buckets, jumped out and went with him and after about ten or fifteen minutes they returned carrying two buckets of watery soup, some bread and a bucket of water. They climbed back into the wagon and the soup and bread were divided between us all. It was our first hot meal (if one can call it a meal) for nearly two days. Then the door was shut.

One hour or so later we heard the whistle and the train pulled away. It started with such force that some people who were standing, went flying and from then on we knew that we had to hold onto something as soon as we heard the whistle. Our next stop was Kiev and it was covered in snow. After we had had our bread and soup ration and been given a few lumps of coal, we were away again. It became a routine, once a day we stopped at a feeding station and got some food and water and then we were back on the road so to speak! Sometimes it was in the early hours of the morning, or at any time during the day, sometimes late in the evening.

It was early afternoon when we arrived at the town of Poltava, the train stopped on a side-line and the door was opened. As usual guards stood outside. It was warm and sunny and although it was the middle of February there was hardly any snow. A thought went through my mind, that if they leave us somewhere around here, at least we shall not be cold. The train stood there for the rest of the afternoon, then as it got dark it pulled away, but we noticed that we were going back. We did go back.

We woke up the next morning feeling very cold. I remember, I tried to lift my head and could not as my hair had frozen to the wagon wall, and this happened to many others. Sometime later we were back in Kiev. There the train was shunted onto a different line and we just kept going. After travelling for a few hours the train stopped at the town of Voronezh. We got our meagre supply of food, a bucket of water, some coal and then it was back on the road again.

One day as we were travelling around a gentle curve one lad looked out through the little window and shouted “look at that”. As more people peered through, we could see the beginning of the train; the locomotive as it puffed away. Looking the other way, we could see the end of the train. We started counting wagons, there were just over forty. More than forty wagons of men, women and children taken from their homes, from their country, herded like cattle. A trainload of human misery being driven nearly non- stop from one town to the next and still we did not know why, and where we were being taken.

At times as we stopped at stations during the night, we were awoken by wheel tapping. A worker used to go along the train with a long-handled hammer tapping the bearing box on each wheel. It was a method of checking wheel bearings.

The next big place where we stopped was, I believe Penza. As always the same routine, some soup, bread and water and back on the road. The food that we brought with us from Poland had by now long gone and we were not only cold but also hungry.

On the tenth or eleventh day of our journey, the train stopped at Kuybyshev (Samara). I remember it very well because of all the ice-covered bridges we went over before arriving at the station. After a short stay, the train left the station and the journey seemed never-ending. The word “Siberia” used to come up very often during our conversation now. I think everybody guessed that Siberia was our destination, but no one wanted to say it aloud. Quite a few hours after departing from Kuybyshev we stopped in a town called Ufa, and we were very close to the Ural Mountains. Beyond lay Siberia.

Sometime after leaving Ufa the terrain became very hilly, and then we went into the mountains. We could not see much except for steep slopes, some trees and everything was covered in snow. After travelling for what seemed like ages, going through a few tunnels we were on the other side of the Urals, - we were in Siberia. Then we reached the town of Chelyabinsk, but our journey did not end there. An hour or so later we were going again. Then came Sverdlovsk, [Ed. note now Yekaterinburg] but the train just kept hurtling on, further and further, deeper and deeper into the Siberian Taiga. About two hundred miles from Sverdlovsk the train stopped in the small town called Irbit.

We did get a little food and some water there, then the train left the station and we were going still deeper into the forest. Eventually, after about two or three hours the train pulled into the little town of Heryakow [Ed.note: No records found for this location] and stopped. The doors were opened and we were told to take our belongings and leave the train. After being held in a confined space for so long it was nice to stretch our legs and breathe in fresh air even though it was very cold.

Across the way was a narrow-gauge railway line. The train already waiting there had no coaches just open platforms. We were ushered onto the platforms and a little later the train pulled away. There was nothing, but snow-covered trees as far as we could see on either side of the line. After an hour or so we came into a clearing in the forest and there were some wooden buildings, a camp at the end of the railway line. I think it was early afternoon of 26 February 1940, sixteen days after starting this terrible journey when the train at last stopped. The guards who travelled with us withdrew in the last town. We were so to speak free, but there was nowhere to go except the forest.

When the train stopped everybody got off, and the camp commandant appeared. He introduced himself and welcomed us to the Soviet Union; then we were taken to the living quarters. There were three big wooden barracks. Near each end were three or four steps leading to the door. As we entered there was a short corridor and then the main corridor running the full length of the building. On each side were rooms, like prison cells, but without the locks on the doors.

or Back to Contents Page​