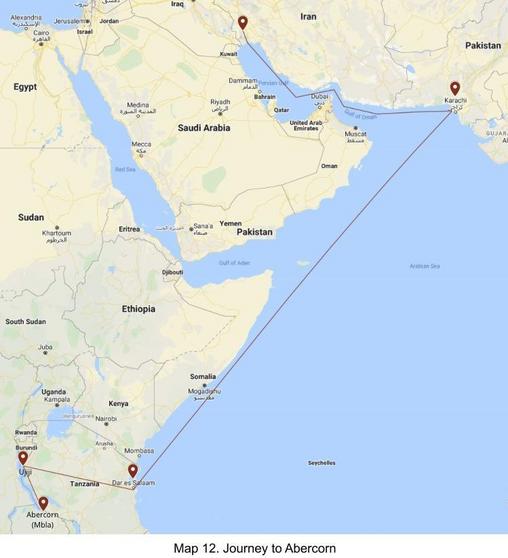 In the late summer of 1943 a Polish Liner by the name of “Kosciuszko” docked at the port of Karachi. The entire group of the Polish families camping on the seafront were taken aboard and after a while sailed away. After nearly four weeks at sea, the ship dropped anchor about half a mile from the port of Dar-es-Salaam in Tanganyika, Eastern Africa [Ed. note: re-named Tanzania in 1964]. It was in the early hours of the morning and it was still very dark when all the passengers were told that they would be transferred onto smaller boats and taken ashore. They were also told to be very quiet because of suspected German submarines in the area.

When all the people were brought ashore, they were ushered onto a waiting train and another long journey began. Nearly two days later the train stopped at the small town of Ujiji on the shore of Lake Tanganyika. There they boarded a boat, a sort of a paddle steamer and set sail. Several hours later the boat docked in a little harbour and they went ashore. 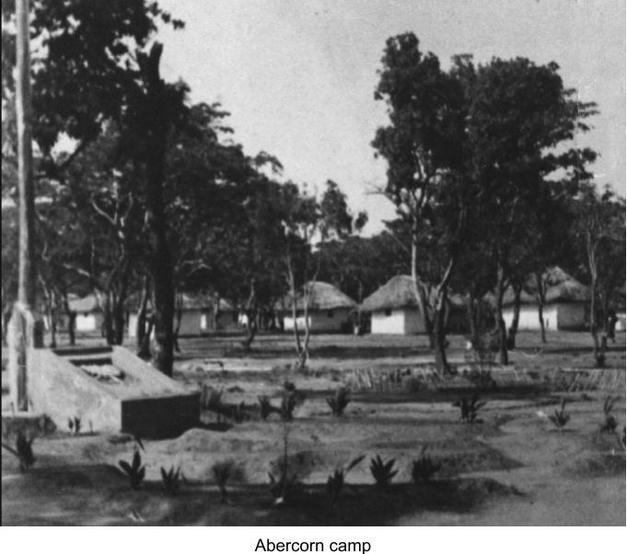 Several hours later the ship dropped anchor some distance away from the port and barges took them ashore. It was the port of Pahlevi [Ed. note: now Bandar-Azali] in Persia. They were in the free world again! From the port they were taken to a camp where they went through quarantine and delousing. After about a fortnight they were driven to one of the camps in Teheran where they remained for a few months. It was January 1943 when my family together with a group of the other Polish families (they were mostly women and children) were told to be ready to leave Teheran.

One day they were taken to a railway station and boarded the train, but my youngest sister had whooping cough at the time. When the passing inspector heard her coughing the whole family was told to leave the train, and they were sent back to the camp, where they remained for a few more weeks. Then one day another group of the Polish families were told to be ready to leave, and my family was amongst them.

A few days before Easter 1943 some open-top lorries arrived. They all climbed aboard with the few belongings they had and left Teheran. Some hours later they entered the Zagros Mountains travelling along narrow mountain roads. My brother told me that it was a real hair raising experience. The drivers were all natives and they were driving very fast and were drunk most of the time. He said that in places they could see smashed vehicles at the bottom of the steep cliffs. On the second day of the breakneck journey they arrived at the camp just outside the port of Ahvaz where they stayed until after Easter. (The Port of Ahvaz lies on the Karun river near the Persian Gulf). 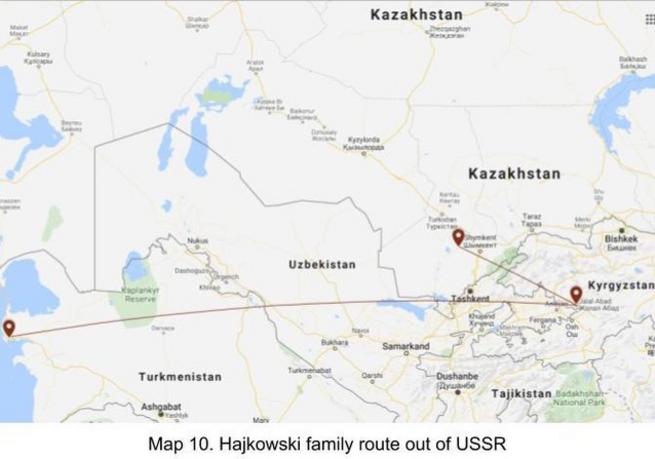 EPILOGUE – the day that I shall always remember

It got so bad that to stay alive they started picking stinging nettles and weeds called orach [Ed. note: similar to spinach]. From that they used to make a kind of soup and that was about all they were existing on. To make matters worse three members of my family became very ill.

When I found out their whereabouts and started sending them the little money that I had, things improved somewhat; but when I left the Soviet Union with a detachment of the Polish soldiers their plight worsened. They were on the verge of starvation.

​ One day some children were playing outside, a horse and cart driven by two Polish soldiers was passing through the village. They were delivering whatever they could spare of their own food supplies to some Polish families in the next village. When they heard the children speaking Polish they stopped and asked the children what they were doing there. “We live here” they replied and took the soldiers to the mud huts. When the soldiers saw the appalling conditions these few families lived in they went back to the cart, got some food and divided it between them. Then they wrote down their names and promised to call on them again.

From that day their plight became a little more bearable. Although the Polish soldiers did not have much food themselves, they used to share it with the Polish families living in the area. Sometime later a kind of nursery was set up in the area by the Polish army and all the small children were taken in. There at least they were better fed.

After a few weeks, all the Polish families living in the area were told by the Polish authorities to be prepared to leave. Then one day they were all gathered at Jalal-Abad railway station and put on the train – the long journey began. It is a long way from Jalal-Abad to the port of Krasnovodsk [Ed. note: now Turkmenbashi] on the Caspian Sea. My mother took the youngest two back from the nursery, so that she could look after them during the journey.  At Krasnovodsk they boarded a ship – an oil tanker – and after a short delay, they left the shores of the Soviet Union.

Soon after Easter a big group of the Polish families was taken to the port of Ahvaz where they boarded a ship and sailed away through the Persian Gulf, Arabian Sea and into the Indian Ocean.  After being at sea for over two weeks the ship docked at the port of Karachi in India (now Pakistan). From the port they were taken to yet another transit camp, which was practically on the sea-front, where they stayed for several weeks.

From that little place they were taken to a camp, which was specially built for them in the African bush, but not very far from the town of Abercorn (also known as Mbala) in Northern Rhodesia (as it was then called) in Central Southern Africa.The little huts were made of reeds and the whole structure was then covered with mud. Inside there were a few posts hammered into the ground and some netting stretched over them, and these were their beds. Some weeks later when they settled down a school was opened, and all the children of school age had to attend lessons. Although they did not have many qualified teachers, they found enough people willing to take charge of classes. One year during their stay in the African bush, big black ants were on the march and were going straight through the camp. People had to flee from their huts, and all the food that was left behind was devoured by the ever-hungry ants. Some people used to keep a few chickens, but after the ants had gone and they returned to their huts, all they found was a pile of feathers and bones.

Life at the camp could be described as rather quiet, uneventful, with not much to do. Some women used to work in the canteen and in the kitchen, preparing meals. Children, in their free time from school used to go for a swim in the small lake which was nearby, but mostly they used to roam in the Bush, looking for berries and any other edible fruits. There were not any dangerous animals in the vicinity, except for some crocodiles in the lake. Older children who wanted to continue their studies were sent to Lusaka, the capital of Northern Rhodesia.

They remained in that camp until the late spring of 1948. Then one day they were informed they would be leaving in the near future. Sometime later several lorries arrived, and after climbing aboard with all their belongings, they left the camp. After travelling for several hours on narrow dirt tracks through the bush they arrived at the port of Dar-es-Salaam, where they boarded a ship and left the shores of Tanganyika and Africa.

The sea voyage lasted for about three weeks when the ship docked at one of the ports in Southern England. From the port a train journey to Cirencester in Gloucestershire and a transit camp where they remained for a while. From Cirencester they were moved to yet another camp called Sturgate, near a little village of Upton in Lincolnshire.

It was summer of 1948 and I was still in the Polish Air Force when I heard that some Polish families from Northern Rhodesia arrived at the camp of Sturgate, so one Saturday morning I set out to look for the camp.

It was the day that I shall always remember. On that day I met my family for the first time after being separated for over six and a half years. I can still remember as I was walking into the camp, pushing my bicycle. When I saw them standing outside a Nissan hut, waiting for me, I let go of my bike and ran to greet them – then there were plenty of tears as I embraced them all. People came out from nearby huts and watched us, but we stood there for a while, close together not knowing what to say, with tears running down our cheeks – they were tears of joy.

Back to introduction page ​​ 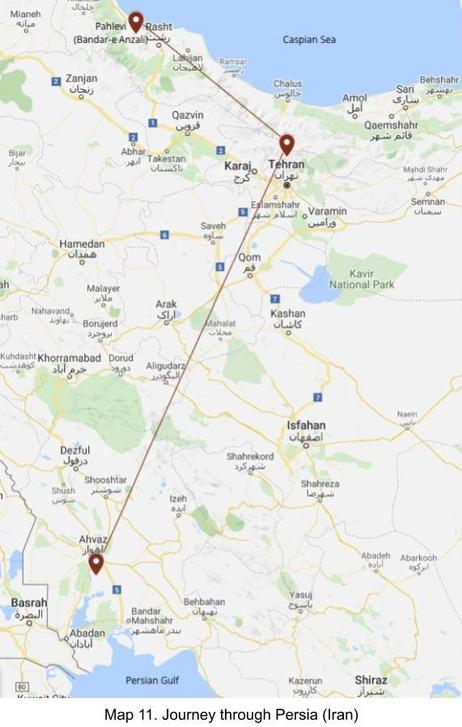 When I joined the boy soldiers and said goodbye to my family on 22 February 1942 and left the town of Arys, they together with the other families were sent to the town of Jalal-Abad in Kyrgyzstan.  rom the railway station they were taken to a village several miles away and just dumped there. Eventually, they were given mud huts to live in which had no doors or windows, just gaping holes. There was not even a bit of straw on the dirt floor to sleep on.  They did not have any food or any money to buy it with, and their situation became desperate.