Vasiliy Petrowich was sitting up straight as a ramrod in the chair, palms resting on his knees; obviously, the hard times of the 1940’s and life’s work in a kolkhoz didn’t hurt him, rather steeled him. At the age of ninety in July 2011, his memory is amazing! Ask him for a name of a Polish osadnik, and he recites them as if reading from script: Ankudowicz, Bluma, Kamiński, Łabejno, Michna, Polnik, Przepałkowski, Żylinski and others… too many and too fast for me to jot all the names down.

Polish osadniki? He remembers them well, “Yes, they were to the side of the village, in the space between river Miadziołka and Łuczajka. It’s all wooded over now, you can see it from the bridge… nothing remains of their farms now. They were deported in 1940 and their hutory /their farms/ rozebrali – nothing remains; but Ankudowicz and Saledycki sold their hutory and moved out before 1939. When the Polish government distributed land, the osadnicy got 20ha or more, chłopi (peasants) were given 5.5ha. My father died, then mother died, and I was the oldest of eight children so I had to work as parobek (labourer) for the osadnicy”

“…The entire village was burnt down in 1933 by an arsonist; at that time all the huts were covered with straw roofs, so flames spread from one hut to the other in no time at all… all went up in flames… when the village was rebuilt in 1934, it was as individual hutory. When the Soviets came in 1939, they took all the land and livestock and made it all into a kolkhoz.”

“…When the Germans came in 1941, they would shoot anyone suspected of supporting or aiding the partisans; half the village was burned in reprisals. In 1943, they deported men and women to Germany; they sent me to a place close to the Czech border. I returned in 1945 and worked in the kolkhoz.”

Indeed, there is no sign of any habitation in the area where the farms of the osadniki flourished in the 1930’s, but the centre of pre-war Kuropole still creates a pleasant and peaceful atmosphere. A small lake graced with trees; the old school building painted deep blue, now in private hands, looks almost intact; Vasiliy’s own house, painted in contrasting green stands nearby. Together, they add up to a calm, rural setting; the village chapel, though, has gone, probably dismantled for its timber. But drive through to the far end of the village and the impact of the kolkhoz is depressingly obvious, particularly the long line of housing blocks looking more like “chicken coops” for the workers along the road. 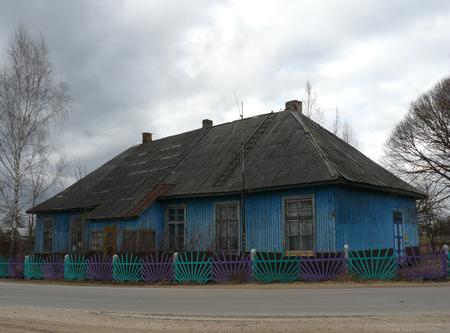 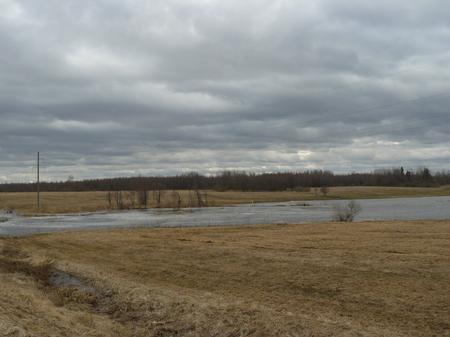 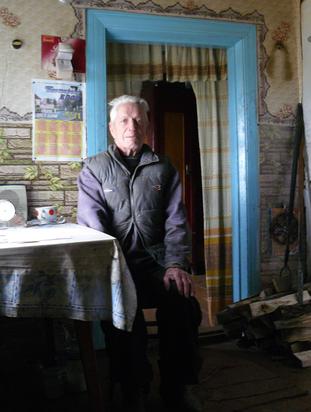