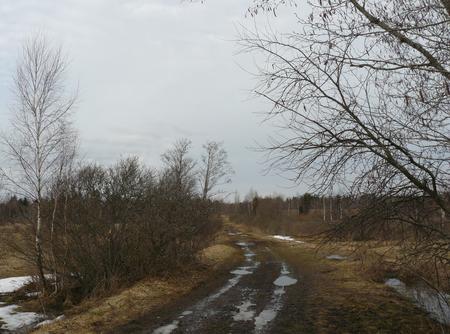 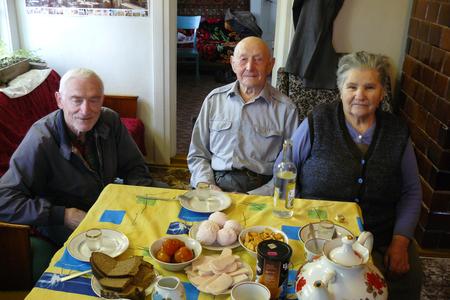 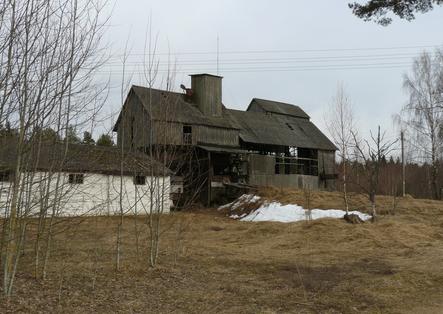 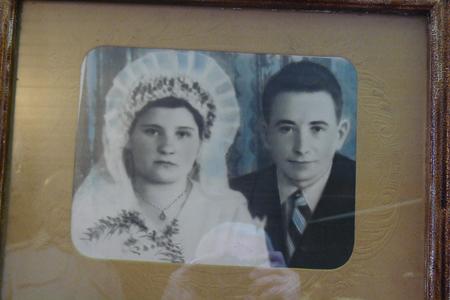 On the way back from Rozanpol, I was hopping from one soggy clump of grass to another so as not to get my boots too muddy when, quite suddenly, I was overcome by a feeling that I am trespassing here. I stopped – this was not mud! This was the soil – that rich black soil our fathers worked their lives for, gave their lives for. The furrows from autumnal ploughing glistened black against the remaining patches of winter snow and puddles of crystalline water; can you imagine silence where you can hear your brain cells ticking and, still, bird songs reach you from distant woods? It was all around me… now the land of a vast kolkhoz bordered by a line of distant woods cutting into the cool steely-blue sky. Kresy… I was beginning to understand what the word must have meant to our fathers. I looked back to where Rozanpol once was, there… on a somewhat elevated ground now covered with a medley of birch and pine. The grass under my feet was still green as it must have been before the winter set in; it was laid flat, compressed by the weight of snow on it; it crunched under my boots. I looked for signs of any habitation but there were none; no trace of Polish osadniki remained, but what an ideal setting they had found; if only I had a tent I would happily camp here for days. Only one thing made me angry: a platform on the summit – a steel structure to overview the land unfolding below. It was obviously not a lookout for forest fires; was it not perhaps to look out for our fathers who may want to return?

First, I tried to reach Rozanpol from Zherstvianka – a remote place but closest to it. A woman I met on the way just looked at my boots and shook her head – “You will never make it there; the track leading to it is a swamp at this time of the year; you need proper boots! Anyway, there is nothing there now. Yes… Polish osadniki lived there before the war. Talk to Moishe in Konstantynowo, he lived in Rozanpol, and it’s an easier access from there.”

The village of Kraśniany – or what is left of it – lies on the way to Konstantynowo. An imposing manor house stood here for many years; it was in the hands of the Janiszewski family but the landlord was thrown out and the estate was rozebrany (dismantled) by the “People”. Very little remains of the village now, but I am welcomed by a pair of storks just settling back into their “home” on top of the village aqua tower gushing water from its tank; cattle by the roadside stare at me with myopic eyes…

Everybody knows Moishe in Konstantynowo. “Moishe” is his nickname and nobody seems to know how and why it was pinned on him. Now seventy-seven, he is celebrating his fiftieth wedding anniversary today. Oh yes, he was born in Rozanpol and remembers the post-war history of the village quite well. The fate of some of the Polish osadniki comes immediately to his mind: Baranowski – returned to Poland in 1946; Fregin, a German, somehow managed not to be deported, and there was also Portas. They were all osadniki working their own farms (hutor, folwark).

In 1943, in reprisal for partisan activity, the Germans removed all the people from Rozanpol to Woropajewo; there they segregated all able-bodied men and young women, packed them onto trains, and deported them to Germany. The old and the children were to be shot, but at the very last moment, a German arrived on a motorbike with the reprieve. They were told to scatter and not to return to Rozanpol for at least three days – all the houses there were burned, only ashes remained. But people started returning; some livestock survived, and slowly they rebuilt their homesteads as individual farms (hutory). “Those were very, very difficult times – starvation…” says Moishe.

Starting in 1952, the people of Rozanpol were put under great pressure to transform their farms into a local kolkhoz but, of course, there was strong opposition to it. Finally, in 1962, they were forced to knock down their homes and reassemble them in Konstantinovo as part of one huge kolkhoz. That was the end of Rozanpol – nothing remains there now…

Today was a good time to celebrate his 50th Anniversary; his best clothes came out and on, and the obligatory bottle of vodka. Rozanpol was such a long time ago; life and work in the kolkhoz as an electrician ended some ten years ago; children grew up and are now independent… indeed, it is a good time to drink to vstretchia and znakomstwo… to friendship! “Come again” – Moishe’s parting words faded into history. 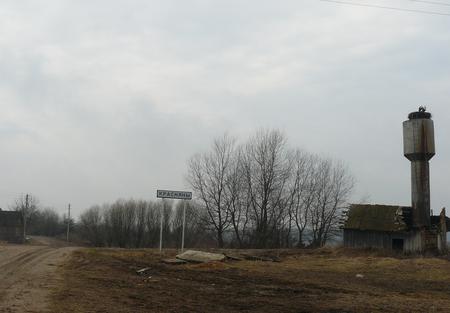