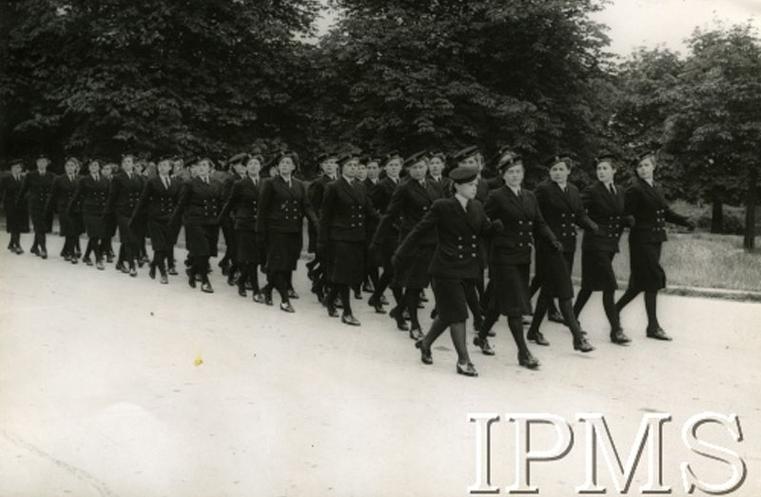 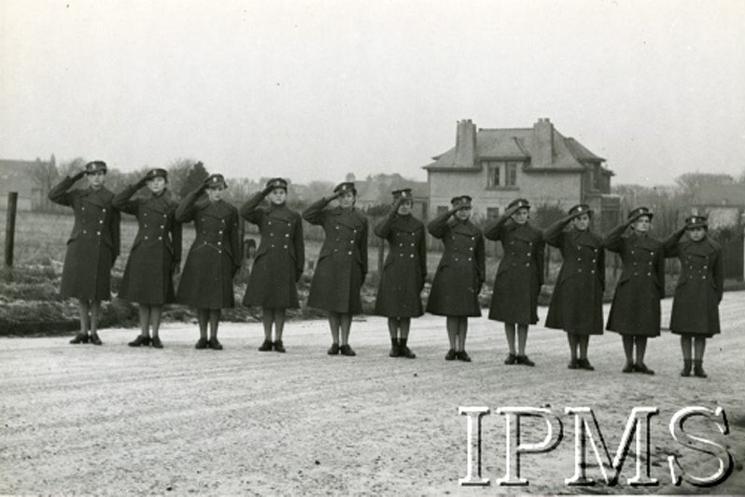 Translated from Polish by B & T Wojewodka.

During World War II, women served not only in the Royal Navy, but also in the Polish Navy. Polish women – volunteers – came from various parts of Europe to enlist into the “Pomocniczej Morskiej Służby Kobiet (PMSK)” [Women’s Naval Auxiliary Service (WNAS)], formed on 27 January 1943.


Seventy-four years ago, General Władysław Sikorski issued a “Temporary Order" to organise the “Pomocnicza Wojskowa Służba Kobiet (PWSK)” [Women’s Army Auxiliary Service (WAAS)]. On his authority, the “Pomocnicza Morska Służba Kobiet (PMSK)” [Women’s Naval Auxiliary Service (WNAS)] came into being, with the intention of replacing, both on land and sea, the greatest number of sailors qualified to serve on ships. Volunteers serving in the PMSK (WNAS) were called “mewki” (“little seagulls”).

General Sikorski in issuing the order, certainly benefited from the British model, the Women’s Royal Navy Service (WRNS) which had been in existence since World War I. From 1917 until the end of the war, there were around 5,500 “wrens” – ‘wrenki’ as they were subsequently known in Poland – including 500 officers.  Nineteen-year-old Josephine Carr was the first ‘wren’ to die at sea. This happened on 10 October 1918, when RMS Leinster, on which she served, sank on being hit by a torpedo from a German submarine UB-123. The Women’s Royal Naval Service was disbanded in 1919, but was re-instated on the outbreak of World War II in 1939.  At this time, 3,000 volunteers were enlisted.  At its height in 1944, as many as 74 thousand women were active within the Women’s Royal Naval Service.  They served both on land and as service personnel at sea with the Royal Navy.  They also sailed on merchant navy ships.

The plan for extending to the air force and the navy the “Pomocnicza Służba Kobiet (PSK)” [Women’s Auxiliary Service (WAS)], which had been active from 1941, was formed as early as 1942. However, neither service managed to be set up until the following year. The reason was without doubt the large commitment by women in land operations and the growing conviction about the role which they were able to fulfill in time of war.

“Mewki” (“Little Seagulls”) only on land.

The first enlistment numbered around 100 women. These were largely the wives of sailors, but included 25 Polish volunteers from Soviet Union territory active until then in the “PSK” [Women’s  Auxiliary Service  (WAS)].  A second  group which arrived on
7 April 1945 from France, numbered 49 volunteers, originating mainly from French emigrés as well as women deported during the war for work in the Reich.  The last, third group, reached Great Britain on 30 April 1945.  These were women soldiers from the Home Army, who were transported to POW camps in Germany after the fall of the Warsaw Uprising.  It is worth adding that amongst the “little seagulls” were six volunteers from the French resistance movement (they joined in April 1945). They all had received the Cross of Valour, and Senior Sergeant, Marianna Koska-Grabowska, was also awarded the French Military Cross (Croix de Guerre).  Based on the various sources, the effective force fluctuated between 112 and 200 women.

To be qualified to enlist in the “PMSK” [Women’s Naval Auxiliary Service (WNAS)], one had to at least have what was called the Secondary School Education Certificate, a basic knowledge of the English Language and be less than 32 years of age. Polish ‘wrens’, contrary to the British wrens, did not serve on war ships. They worked exclusively on land – in offices, mess-rooms, canteens. They undertook the roles of secretaries, clerks, supply officers, staff officers, mechanics, in the transport service etc. They were dressed like the personnel in the Women’s Royal Navy Service, but the emblems on their hats and caps were Polish. They were subject to the same discipline and received the same pay as their British counterparts (approximately, three-quarters of a sailor’s pay). In the “Pomocniczej Morskiej Służbie Kobiet (PMSK) [Women’s Naval Auxiliary Service (WNAS)], the following ranks applied: ordinary wren, wren, leading wren, senior sergeant, third officer, second officer, first officer, chief officer, superintendent, director, the first officer being a deputy for the superintendent and the director, a deputy for the commandant. The “PMSK” (WNAS) women completed their military courses in Scotland.

Command for the “PMSK” (WNAS) was directly subordinate to the leadership of the second officer of the Navy, Ewa Miszewska.

After the war, she was promoted to the rank of lieutenant Commander of “PMSK” (WNAS).

At the beginning, because they did not have their own training centre, the Polish women were trained at British unitary, special and officers’ Training Centres. This was facilitated as a result of an agreement reached between the British Admiralty and the Women’s Royal Navy Service. In due course, a “Pomocniczej Morskiej Służby Kobiet (PMSK)” Central Camp was opened in Woodford Green near London. The aim of the training was to prepare a future cadre of Instructors and Commanders in line with the structure of the organisation which was planned. Unfortunately, as a result of the short existence of the “Pomocniczej Morskiej Służby Kobiet (PMSK)” [Women’s Naval Auxiliary Service (WNAS)], these plans were not realised. Following the training, the volunteers were assigned to work at the Polish Naval Base on the ORP “Bałtyk” moored on stand-by, in Naval management in London and Naval Headquarters in North (Greenock) and in South (Devonport).

In 1946, the “Pomocnicza Morska Służba Kobiet (PMSK)” [Women’s Naval Auxiliary Service (WNAS)] was dissolved and the women were demobilised. Unfortunately, unlike in Great Britain, in Poland the skills of these women were not utilised after the war either for navy or merchant navy purposes.

Polish women in the Navy known as 'Mewki' or 'Little Seagulls'.