On the Death of the General

M0THER, in posioleks and prison camps of Vorkuta, used
As a human rag, of dignity quite stripped,

A slave shelved in sun-scorched Kazakhstan

Branded not to die, but to endure the drawn-out pains
Of lice that creep and ills that gnaw …
You, who marked for death – yet still escaped its grasp,
This day mourn for Him who from those graves
Led forth you, who now outlive Him.

ORPHAN, human debris, flea-bite spittle,
Skeletal urchin garbed in gauzy skin,
Silenced to extinction in grim Siberia’s wastes,
Dying from hard hunger, vanishing with frost, paralysed
For yet another day … Now say a prayer for Him, who,
When you were half dead, drew you from the pit
And brought you back to life … Today He needs

Your pleas to smooth His close approach … to heaven.

SOLDIER, blizzard-lost in Asiatic cold
In distant Komi’s taiga, tundraed Kolyma,
Trapped, tracked and aimless,
Ravaged with scurvy and caries’ stinking rot,
Breathe a prayer for Him who with His hands
Pointed straight the way – out from the graceless lands of
Degradation, dirt, dribbles, dross and dregs –

For you to stand again, erect in your Motherland’s defence.

POLE, no matter where you are –
Land of your own or other lands afar – if within
There are burns a flame for freeing of mankind,
And for those watchwords on soldiers’ standards stitched:
GOD, HONOUR, COUNTRY – know that this day died
One, heart faithful to the end, - who gloried in those calls …
Think on this, bow your head and sign – ‘O, Father God,
Grant Him in Thy midst freedom, peace and rest!’ 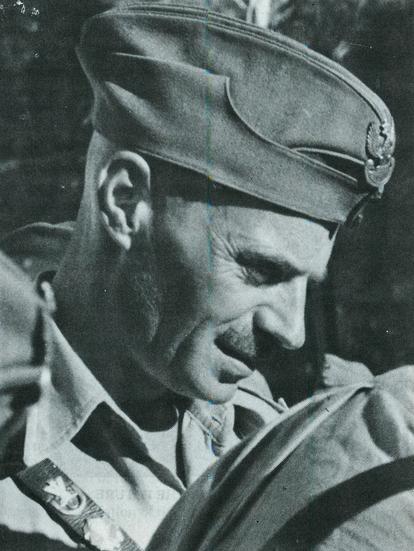