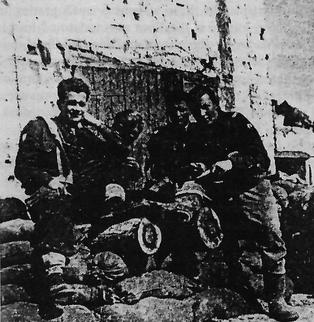 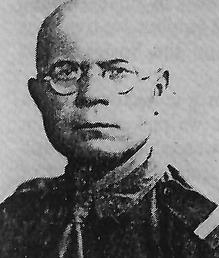 Leon Czerkawski was born on 12 August 1898 in Kishinev, Bessarabia to Włodzimierz Czerkawski, a Podolean nobleman, and Konstancja, nee Korbut. At home, he was reared in a Polish ambience, in Polish patriotism and tradition and spoke pure Polish despite his being educated in Russian schools. In 1919, following the Bolshevik Revolution, he returned to Poland from Romania and volunteered his services to the Polish army in Cracow. He fought in the 1920 war against the Bolsheviks and was involved in the Silesian uprising. For this involvement in the defence of his country he was granted 12 hectares of land on the osada Bortnica-Kraśnica in the district of Wołyń.

In 1936, having started to build a house in Dubno, he moved the family into the town and rented out his farm in Bortnica.

On 1 September 1939, along with the rest of the nation, we lived through the drama of Hitler’s invasion and on the 17 of that same month, the treacherous advance of the Bolsheviks into the Eastern Borderland. Then, on the 10 February 1940, we were deported to the Soviet Union. After three weeks in cattle trucks and another on sledges, we arrived at our designated place of exile. This was posiołek Yarynga, close to the River Vychegda near Yarenska in Archangel Oblast. All of us deportees were engaged in felling trees and then floating the logs down to Vychegda. The work was hard and the conditions atrocious.

Our chance to quit this place of exile came with the signing of the Sikorski-Mayski agreement. We lost no time in acquiring an exit certificate and, around 15 September 1941, left the posiołek by steamship for Kotlas, from where, in a goods wagon hired by five families, we travelled across seemingly endless territory to the south of the Soviet Union where General Anders was forming an army.

For a short time, we were ordered to work on a collective farm in Uzbekistan. We started off near Bukhara where we picked cotton in return for meagre provisions. Following this, we were shipped in cattle barges along the Amu-Daria river and then by train to the region of Dekhanabade at the foot of the Pamir mountains. As it was now winter, work on the collective was not available. The conditions were very bad, nagging hunger prevailed and we no longer had any personal possessions left to exchange for food. Once spring arrived, people were used to sort out grain. This provided us with a small amount of meat, though this came mainly from those animals who succumbed to sickness or old age.

Near the end of February 1942, father went to the town of Guzar where a Polish army unit was being formed. Both he and his son were accepted. After a few months, he collected us – mother, myself and my sister – and took us with him to Guzar. Here epidemics of typhoid and dysentery raged and death reaped a huge harvest. My brother went down with typhoid but somehow pulled through before returning to his unit. Near the end of March 1942, we were evacuated to Persia. My brother and father were despatched with their units to the Middle East – brother to Iraq, Palestine and later Italy; and father to Iraq and Egypt. Meanwhile, the women and children were housed in civilian camps in Tehran.

In mid-August 1942, we went to East Africa where the children and adolescents continued their education started in Tehran. We ended up in the Ifunda settlement close to Irynga in Tanganyika. After some time, the senior adolescents went off to the grammar school at camp Kidugula for there was not such an establishment in Ifunda. My father, because of his age and health, served in auxiliary units, first in Iraq and then Egypt. My brother, following military training in Iraq and Palestine, served on the Italian Front the entire Campaign, was wounded and decorated with the Cross of Valour.

Towards the end of 1947, my parents and brother took the difficult decision to return to Poland. Thus in the Spring of 1948, we all returned to our homeland – my mother, sister and myself from Africa; father from Egypt; and my brother from England. At 35, my brother died of brain cancer. My father died soon after at 53, but mother lived to be 78. Neither of them ever saw Bortnica again but I went there in 1994. From their farm, I brought back some soil and wildflowers which I planted on their grave where they lie at rest together.

Danuta Byrtus (Szubert) also lived in Bortnica and wrote about her family experiences.

Bolesław Czerkawski (first on the right)

during the Italian Campaign, 1944. 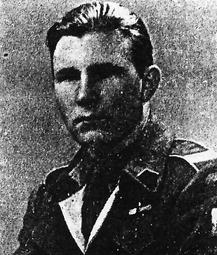