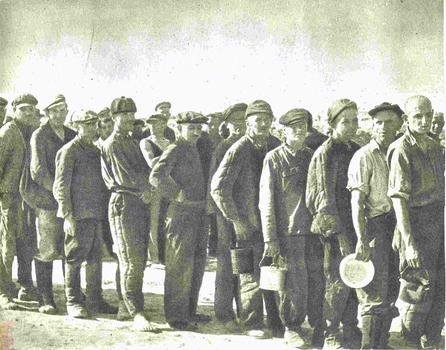 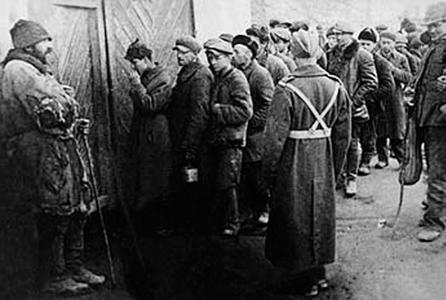 They trudged
To enlist
Each trailing each, each trailing each,
In line without end
Like the hours of torment
Now left behind
They trudged
To the Army…!
Then pressed against its whitened buildings –
A herd of timorous beasts.
Each twitchy as a trembling leaf …
Would these credit his need to join;
His resolve to battle – even with Beelzebub!
His obvious scurvy should count as nought
He’d face death’s call … were that the cost!!
But at that same moment drained lips
Murmur
‘Sir, might you possibly have – a piece of bread;
It’s now three days since I last ate …’
A husky, ceaseless, wracking cough …
Then the sudden shout, ‘Look, our Troops!...’
Beyond the door a uniform slipped by,
The Crowd shuddered, forward rocked,
And all eyes covetously gleamed,
Lips no longer begged for bread…
A shaft of sunlight flared above their heads…!
Silence.
In that deep hush a muffled whisper;
‘Dear God…let them take me.’