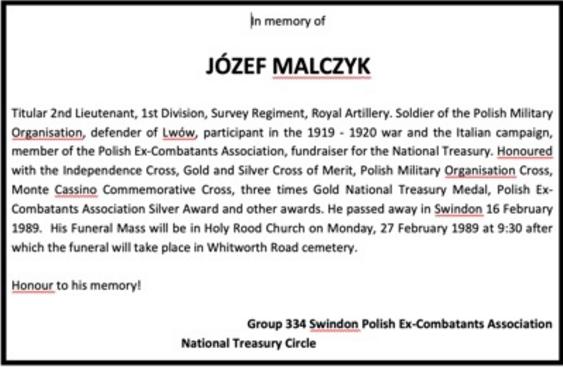 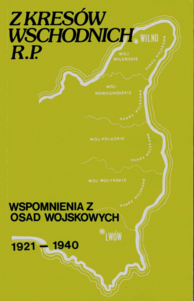 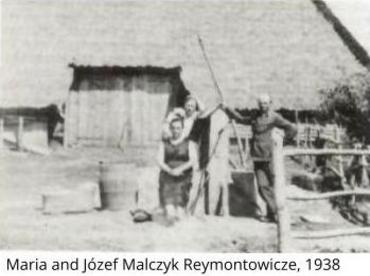 Unfortunately, I cannot recall the name of one more settler. The above list should also include the 28th plot, which belonged to both the school and church.

We must also add to the number of land owners their wives, relatives and – in time – 58 children and recognise the osada as a well-populated backwater or borderland observation post. In order to reach this state, we had to go through a truly pioneering period of self-denial, perseverance, and conviction in our mission to secure the Polish borderlands. The people would knock sheds and outbuildings together – practically from scratch – to have a roof over their heads. It was up to us to get livestock. Some would dig trenches and huddle together in an earthen hut, while others managed to rent something small from the local Russian peasants. At the very start, we organised ourselves into an autonomous group and elected Adam Gomółczak as village administrator. At the first general meeting, the government awarded each of us 80 cubic metres of wood from the national forests which was received with great enthusiasm. This joy did not last long, however, as the government then decided to give us ten Polish złoty per cubic metre instead of ready building material. This was at the introduction of the Polish currency - the złoty. By the time they paid out this cash a cubic metre of building material cost 15 złoty! At the same time, the General Board of the Military Settlers recommended that we establish a National Farmers Cooperative Bank and benefit from low interest rate loans. However, we soon realised that these banks had no money because in fact they had loaned it, not to the settlers, but to individual entrepreneurs at a higher percentage rate than we were given... misfortunes come in pairs! A global crisis joined our crisis. The cereal prices were dropping day by day: from 28 złoty to twelve for 100 kg of wheat, and from 22 to nine złoty for rye! The same was happening to livestock prices. Our own muscle power was all that we had left, particularly as our produce had fallen in value accompanied by an increase in the price of industrial products... and wood, too! A cubic metre of building material now cost as much as 40 złoty! We established Agricultural Associations in our settlement and in neighbouring ones like Naręcze, Piaski, Plaszewo, and Ostrowka. I was elected as president, probably because I had just finished acquainting myself with agricultural managment at the Staszic Agricultural Course. Equipped with new knowledge, I planned crop rotation on my plot to suit my farming interests; I also introduced on-site ‘innovations’ to my livestock: the Polish Red cattle breed, the White English breed of pigs for bacon, and for poultry, the Polish breed of crested chickens (excellent laying hens). And I received a recognition for all this from the very Minister of Agriculture himself! I cannot but mention here the significant amount of help and assistance we all received from the farming instructors who visited us to raise our agricultural knowledge. We worked hard from morning till dusk, and the results of this work encouraged everybody to continue in their efforts.

Our next joint undertaking was establishing a dairy cooperative. At a meeting of the Agricultural Associations in the area, we established a Founding Committee comprising Jaworski from Naręcze as President, Malczyk from Reymontowicze as Deputy President, and Halicki from Piasków as Secretary and Treasurer; and two representatives from each settlement as Members of the Management Board. We recruited new members to the cooperative and the new recruits had to pay 200 złoty each as the registration and membership fee. The dairy headquarters in Dubno promised to provide material assistance to us. Thus, we relatively easily managed to move on to the most difficult task of finding the right premises for the future dairy. Fortune was in our favour and the Orthodox community let out to us, free of charge, a very good building for a three-year term, which was located in the very centre of Beresteczko! That was when the headquarters in Dubno equipped us with machines on favourable repayment terms, at a very low interest rate and also gave us a manager/expert. And we got what we wanted! Work at the cooperative commenced straight away. We started handling 300 litres of milk and, once the local manors joined our operation, a total of 1,000; the surrounding villages increased supplies further to 10,000 litres of milk per day! But where could we sell our produce? After consulting with headquarters in Dubno, the following was agreed: butter – 25% to headquarters, foreign exports 50%, to the Silesian market 20%, and the remaining 5% to the local market. In 1939, we bought an acre in Beresteczko itself and commenced with the construction of a real dairy processing facility - this work of ours was left as a ‘bequest’ to the Bolsheviks.

Children were growing up so we had to think of building a school. We had a three-class school on the settlement in settlers’ houses and the older children attended school in Beresteczko, 6 km away from us. In 1939, we transported 16,000 bricks with an appropriate amount of sand for the construction of a 7-class primary school for Polish and Ukrainian children. Apartments for teachers were set to be on the first floor - and here too the Bolsheviks destroyed our development.

Today, after many years, I can see in my mind’s eye the colourful landscape of Reymontowicze... There was a wide road lined with trees laden with sweet and sour cherries running through the middle of the settlement with tracks going from it to the clean and handsomely built-up settler households hidden among orchards. Fine-looking cows are grazing… Someone is driving down the road..., another person is ploughing, elsewhere they are harrowing; the horses are beautiful, own stock, crossbred with State stallions. The school is growing day by day... There’s a chapel by the main road where people gather for May devotions…It is high time we start building our own church...

Then came the war, Siberia, displacement and... only memories remain.

Our neighbours were Ukrainians. We lived alongside them as humans among humans. They experienced no harm from us, on the contrary,  being farmers on several-acre lots, their families – which were usually large – earned a living working temporarily on settlements harvesting and potato digging, or as permanent farmyard workers and home helpers. Moreover, we would often help them with legal issues. When we, the settlers, were robbed of everything by the Bolsheviks and then dragged out of our homesteads to Siberia, we learnt that a peasant soul is indeed capable of being grateful: we were gifted with whatever they had – bread, salt, and pork fat for our journey into the unknown. On top of that, after receiving news from us about our whereabouts, some would send us food parcels (after successfully managing to get out of this ‘paradise’, we found out that the senders of the parcels experienced many hardships from the NKVD because of these ‘offences’). May the picture above speak for itself about our coexistence with the local population. I will end my recollections with a word about a Jew who was a grain merchant. I delivered some grain to him but he did not pay me there and then. Later, he sent me a money order to Siberia to pay the amount due to me... I regret forgetting his name and surname.