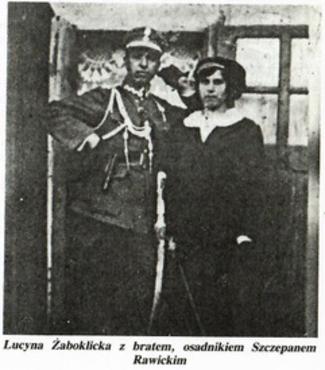 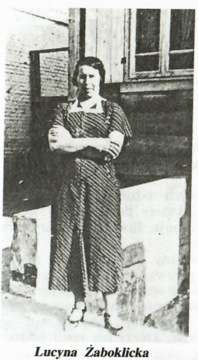 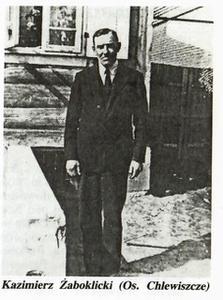 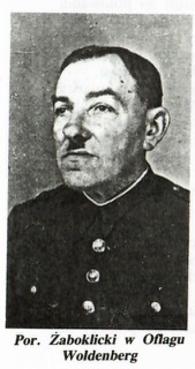 My father, Kazimierz Żaboklicki was an officer in the ‘Pilsudski army’. He received an army settlement in the province of Polesie. The settlement was called Chlewiszcze. He opened a brick factory and leased it out on a plot which he owned, the other half of the plot he gave to poor families who used it for themselves as smallholdings. Half of the profits from the smallholdings were given to my father.

At that time, my father worked for the local government in Drohiczyn, Polesie. He was always involved with the settlers. He helped with obtaining mortgages for houses and buildings on the smallholdings, as well as drawing plans for them. For his good work, he received a concession to open a restaurant in Drohiczyn. The business was very successful and prosperous. I am very proud of my origins - from Drohiczyn, Polesie.

I remember very clearly our army settlement in Chlewiszcze, although I didn’t live there but in Drohiczyn. I spent time on the settlement during the summer holidays, cycling the 2 kilometres from Drohiczyn. These were the good, peaceful and carefree days. I remember childhood Christmas and Easter feasts, when the whole family came together.

The army settlers were regarded as a special group in society. The settlers and their families were classed as the "salt of Poland" by the Ukrainian and Belarusian population on the eastern side of Poland.

As soon as war broke out in September 1939 with the invasion of the Russian army in Eastern Poland, it was foreseen that Russia would not show any leniency towards the settlers.

Disaster struck on the 10th of February 1940 during the middle of the night.  Settlers were driven out from their dwellings with brutality and violence and deported to Siberia. At that moment my happy childhood came to an end. I was deported with my stepmother and brother to the depths of Russia in the region of Archangielsk.