Apart from the settlers, there were several other families, brothers of settlers from Western Poland who were given a share of land. The majority of the settlers served under the command of Major Bochenek, who led the famous battle of Kowel

(Ed. note: September 1920 against the Bolsheviks).

The former estate was divided up, every settler had to build farm buildings, usually out of wood, covered with straw, tar or sheet metal. They built them on their own using local workers. A certain amount of forest was cleared to make the plots larger; they also dug a drainage system to drain the marshes. The greatest difficulties were encountered by those who had no background in agriculture, and this was evident even in later years.

My lake in Osada Chylin

Some opened shops in the town nearby but this didn’t pay off, as it wasn’t profitable. Most worked on their farms. They had orchards, they kept bees and went hunting (wild ducks, hares, etc.). The smallest family had three children, the largest one - six. We had a four-class school. Only two boys were sent to the lower secondary school: my friend, Jerzy Staniaszek, went to Brześć on the River Bug; I was sent to Pińsk.

There was no church, the priest sometimes travelled to the town of Dąbrowica (20 km away) and celebrated Holy Mass in Wysock (4.5 km away). For more important feasts we would go on horseback to Dąbrowica. The settlers (usually women) often gathered for communal prayers and singing of religious hymns. I remember, from my earliest years, their conversations about the history of Poland and traditions.

We didn’t have a library in the settlement, the closest one was in Wysock. Newspapers and magazines were subscribed from the towns. I remember the agricultural edition of “Plon”.

All the national feast days were celebrated; we, the young ones, would even go to the local Orthodox church sometimes. We had our own plays produced by our parents; there were dances and May celebrations by the river, etc.

Relations with the local population of Ukrainians and Belarusians were quite good. Settlers hired workers from amongst them to help out on the farms.

Relations with Germans, who had a similar settlement nearby, were very cold. I don’t remember any meetings or conversations with them although we frequently saw each other.

We had lots of contacts with Jews (in Wysock), with whom our parents would trade. We, the young ones from the settlement, didn’t really get along with the Jewish youth. We would gather separately and, from time to time, there were minor scuffles.

Most wives (perhaps even all of them) came from the West. Immediately after becoming settled the men travelled back to their homesteads and returned with wives. Many of them came from the Kielce region.

The settlers had an Agricultural Association which met frequently to give advice and discuss various matters. The most numerous meetings were military ones - all the settlers belonged to the so-called “Krakusi”. They modelled themselves on the Uhlans, [Ed. note: cavalrymen] and they had their uniforms, lances, sabres, and rode horses, and underwent training. They also frequently had rifle shooting, but this was organised by regular army units nearby. The young belonged to the scouts, we would play volleyball, build planes propelled by rubber bands, we would often go into the woods for various games and adventures sometimes lasting several nights.

The War interrupted our peaceful life, the last blow was the forced relocation to Russia in 1940. 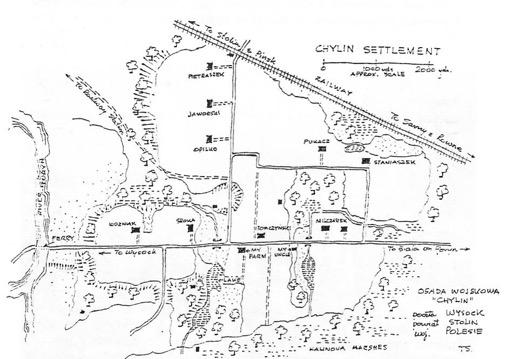 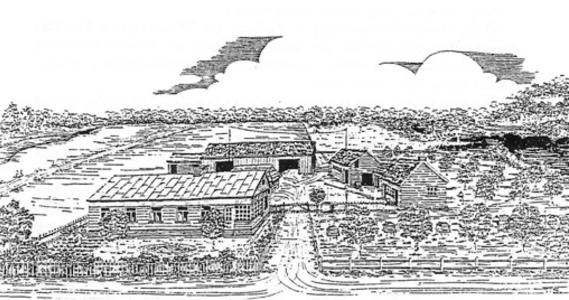 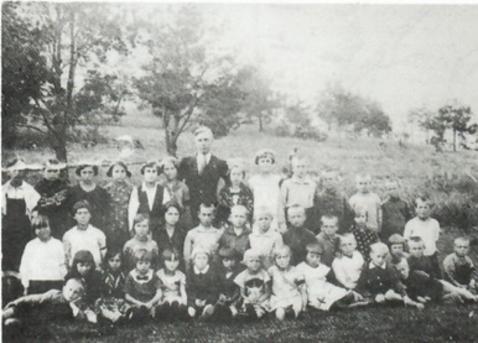 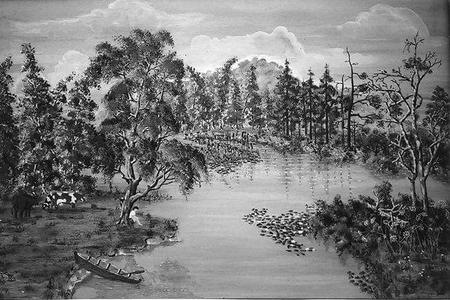