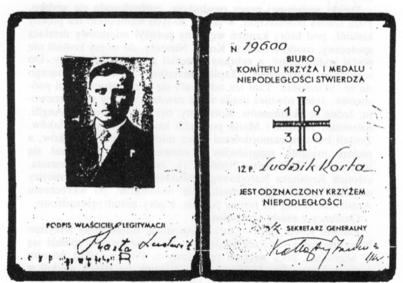 The settlement lay within the Motol Municipality, the Parish of Janów Poleski, Drohiczyn District, although not close to the Woławel settlement, but was associated with it. It was relatively small because it only had ten military settlers. Just like many others, it was established at the beginning of the 1920s.

Thanks to the hard work of the settlers, it quickly developed. Apart from a primary school, a beautiful church was also erected in the 1930s, for which the cornerstone was placed by a local social activist, settler Ludwik Korta. Unfortunately, the church was not completed as the war broke out and the prepared building materials were looted. Until then, the chapel on the Mołodów estate belonging to Count Skirmunt was used. That was also where various state celebrations were held.  The settlement owes a great deal to him for its development. One of the Skirmunts, Konstanty, was an ambassador in England, whereas Henryk and Maria shared the fate of the local Polish people. They were murdered by the local Poleshuks, and the beautiful estate was plundered and destroyed. Only Count Konstanty (1866-1951) survived, a renowned envoy, member of the Polish National Committee in Paris and later Minister of Foreign Affairs. The fate of settlers after the entry of the Red Army into Polish territory was a foregone conclusion.

Settlers from the Osownica settlement:

Ludwik Korta (my father) - legionary, decorated with the Cross of Independence, social activist. After arrest, he found himself in jail as a political prisoner in Pińsk, and disappeared without a trace. His wife, Józefa, along with the children after years of misfortune in Russia, survived, found herself on English territory and died in London in the 1980s. His daughter, Barbara, passed away in Russia, the son settled in the US, and daughters Jadwiga and Danuta live in London with their families.

One night, these four were arrested and murdered by the Poleshuks, and their bodies were drowned in the marshes.

On that memorable February night in 1940 the families of all the settlers were forcibly relocated into the depths of Russia. They experienced various fates. It is appropriate to add that at the beginning of September 1939, many Jewish families fleeing from the Germans came to the settlement. They found shelter and care among the settlers but were not accepted by the local population. They remained in settlers’ houses after the deportation of Poles to Russia, right up until the Germans in their military advance to the East sealed their fate, transporting them to the death camps in Treblinka. 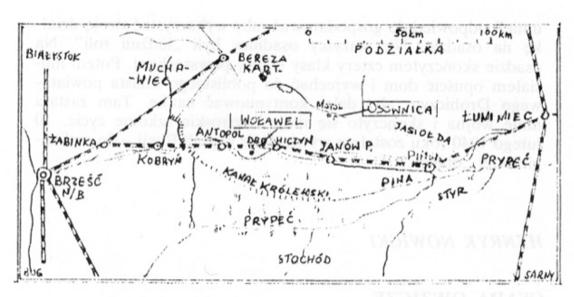