I was 15 years old when my family and I were deported to the Soviet Union. On the 10th February 1940, at four in the morning, we were woken up by loud banging on the door and shouting “Pack up your belongings! You are leaving in an hour”. There were six people in my family: my mother Adela, father Adam, a military settler who in 1920 took part in the war against the Bolsheviks, my 13-year-old sister Felicja and my two brothers Antoni ten and Zbigniew six.

My father’s farm covered 12 hectares of land. We lived in the eastern part of Poland called Wołyń, in a settlement which originally was called Iwanówka, later renamed Janówka. Like in many other parts of eastern Poland, the settlement was the result of land grants after the First World War. The settlers had started with nothing except for small loans for building materials, tools, pigs and horses. Those definitely were pioneering times because they started with nothing. Many of the settlers knew nothing about farming, especially not the demobilized professional army officers.

My mother came from the Stranc family from the nearby Polish village of Julianówka which survived the partitions of Poland. The Stranc family was not an average family: my grandfather Franciszek Stranc had a small farm of 15 hectares but had a large family of 14 children which he brought up in Polish and spartan traditions. My mother was the oldest and like her, the next two sisters married settlers. Wiktoria married Gryglicki from Osada Rejtanów near Olyka. Antonina married Huszcza from Bortnica near Dubno. For many years the family joked that my father did not really start from nothing because his wife brought him a dowry of a heifer and some kitchen utensils.

Life on the farm was certainly not easy. I remember, however, that the buildings were in good shape. These included the house, the barn, the stable and the well. There was also an orchard on 2 hectares of land. Although a 12 hectares farm was not enough for prosperous living, the orchard afforded an additional income. Also my father was an expert in the field of grafting fruit trees which he taught other settlers and this provided further income. Furthermore he built a cellar in which he could keep fruit till spring and therefore get a better price for it. Others, as he too had done before, were selling fruit off the tree for a very low price.

A farmworker and a woman were employed on the farm. We always had 2-3 horses, several cows, pigs and poultry. In the orchard there were various fruit trees: apples, pears, plums and two kinds of cherry trees. Between the trees grew strawberries, wild strawberries and blackberries.

Several families lived on the Osada: there was Colonel Professor Lachowicz, who lived in Lwów. His farm was leased to Bobrowski who ran it with his family. There were Urban, Jozefówski, Wójs, two brothers Borowiec on separate farms, Bomba, Colonel Kaczorowski, Kaftan, Górski, Kotula and Sułkowski. In the neighbouring osada Bortnica lived Smoleński, Wypijewski, Huszcza, Idkowiak, Morlewski, Świrski, Ziętek, Brzychcy, Dembiński, Krasiński, Czerkowski and Walkowiak. All these families were deported to the Soviet Union. I mention these names purely to illustrate how thoroughly the Soviets cleared all the settlements and the whole land of its Polish population.

10th February 1940 was a significant day not only for the settlers from Janówka or Bortnica but also for over a million Poles from eastern Poland. Many of them died in Soviet labour camps, many died even after “amnesty” and many remained in Russia. Accurate numbers will never be known.

Janówka had a 4-grade primary school. The school was located 2 km from our house. Normally I walked to school but in winter I used my skis. I attended the 5th and 6th grades at a school in Młynow on Ikwa, a little town about 10 km from our settlement. I attended secondary school in Równe. This was a new school near Targi Wołyńskie. Living quarters for boys were near the school and those for girls were near the railway station. The school and the living quarters were built and funded entirely by the military settlers. Similar schools existed in Łuck, Nowogródek and Wilno. The settlers had come mainly from the region around Kraków, Poznań and Lublin and settled in the districts of Wołyń, Tarnopol, Nowogródek and Wilno. The land was granted as a reward for wartime achievements but also to balance the population. For example in the district of Wołyń, after the First World War, the majority of the population consisted of Ukrainians, Bielorussians, Jews and Czechs.

The increase in population was also planned for the purpose of increasing the defense capability of the region against our eastern neighbour. The settlers, until almost the outbreak of the Second World War, were participating in military maneuvers. My father was assigned to the 43rd Regiment stationed in Dubno.

Settlers were also supposed to be an example of how to introduce reforms and improvements in farming. Milk and farm co-operatives were introduced and farming societies became active. Initially harvests were gathered with sickles and scythes, sowing was done by hand. But just before the war my father was hiring various farm equipment such as sowing machines, sheafers, etc.

Settlers were young, healthy and patriotic and they were bringing up their children in the same traditions. We believed that Poland was strong and ready. I remember the first news of war, the shock when the realization came that normal life was at an end. After a few days further realization that the war had been lost and so fast. A second shock on the 17th September was the invasion by Soviet troops of eastern Poland as far as the river Bug. The sight of tanks, armoured vehicles and Soviet soldiers was frightening. Every day, from 5th September 1939, the settlements were receiving refugees. Some were driving horse-drawn carts or wagons, others were on foot coming from the nearest railway stations, mostly from Dubno. 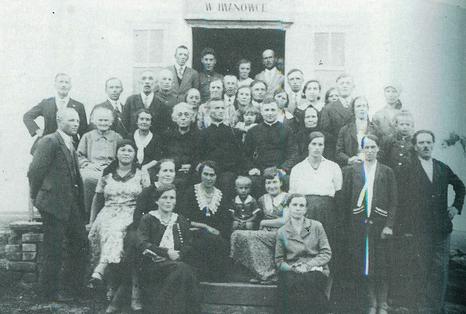 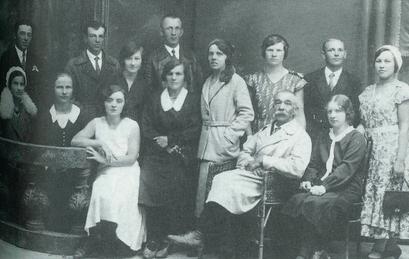 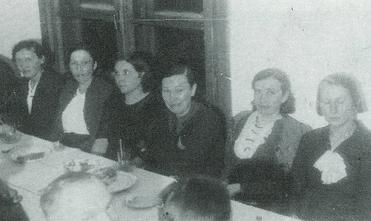 Church and Presbytery in Radów: Father Stanisław Ziętara and parishioners 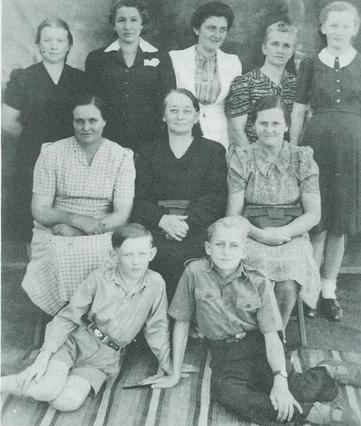 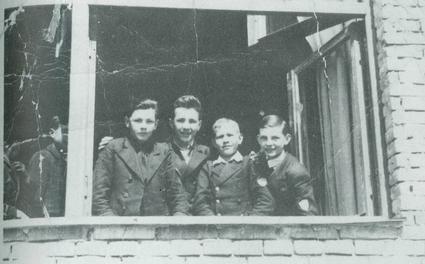 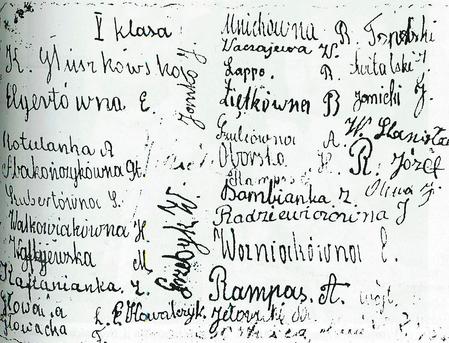 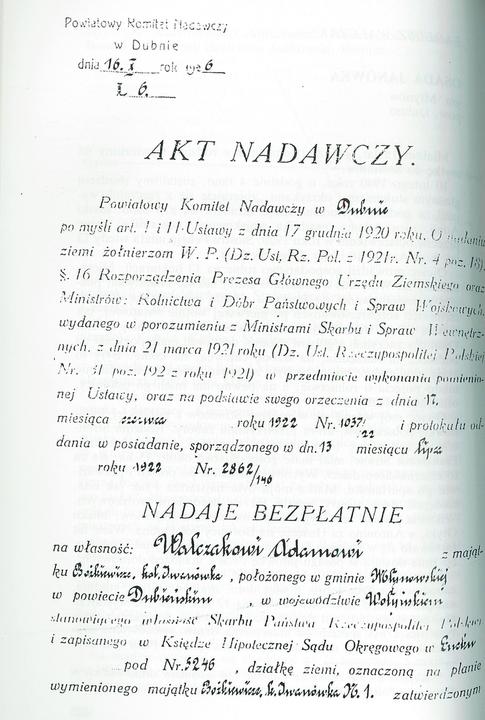 In Camp Tengeru from Janówka and Bortnica osada, from right, 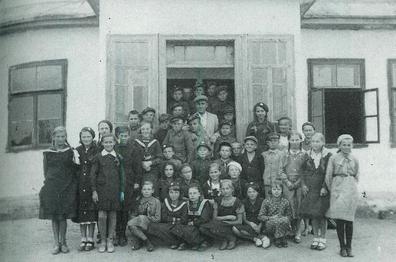 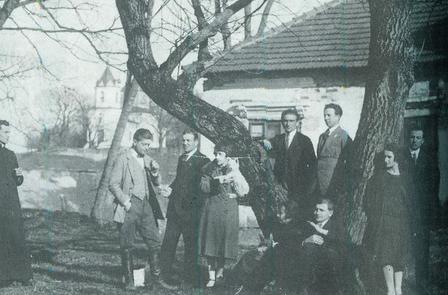