The settlement was not densely built-up. The settlers received 50 acres of land on average and each of them built their own house at their convenience. And so, three settlers whose plots in one corner bordered each other, built their houses so close to that their buildings seemed to form one farmstead; they drew their water from one well, which was 40 metres deep. Other inhabitants were about a kilometre away from their nearest neighbour. The whole settlement stretched seven or eight kilometres in one direction and was about two to three kilometres wide, with the plots scattered unevenly.

The settlers were divided mainly between cavalrymen and infantrymen which, as usual during relaxation, was the cause of much mutual fun-making. However, there was an officer among them, who surrendered his allocation (because that was what it was called). His 110-acre allocation was given  ̶ with the agreement of all the settlers  ̶ to a Warrant Officer. Among the non-commissioned officers, there was also the Sergeant Major. Probably, there were other non-commissioned officers lower in rank, but my memory is already failing me. One should also mention that the allocation of plots took place  ̶ with everyone’s consent  ̶  by drawing lots. Another thing to mention is that the settlement prided itself in having four winners of the Virtuti Militari crosses.

The settlers were usually bachelors, so the first few years were dedicated to looking for marriage partners. And so, the years 1922-1923 were abundant in big weddings (it’s always better to get through difficult times with a partner). The settlers and their wives came from different parts of Poland (Galicia and Lubelskie prevailed). They brought with them to Wołyń various regional customs, and vocabulary, as well. Over such a short time (18 years) these differences were not smoothed out. Thus, everyone took the most out of life, each to their own, and sometimes to the irritation or amusement of others.

As well as being from different social spheres, they were of different financial status and varied in the level of professional skills and knowledge required to run a farm. One wife had brought expertise and experience, another, a dowry, while others the support of their parents. There were highs and lows. The government assistance for developments which was extended to former soldiers, considering the newly formed and scantily resourced Polish state, was quite generous; however, in view of the individual needs of each settler, it was less than half of what was needed. And so, the settlers were poor at the beginning. The first children soon started being born. On average, there were three to four children in a family. The oldest children, about 20%, attended lower secondary schools before the War in 1939: in Brody, Dubno, Krzemieniec, and Równe.

In the Podzamcze village, the Settlers established a cooperative, a National Farmer’s Cooperative Bank, and a dairy. A seven-class comprehensive school was also built in Podzamcze several years before the War. The settlers belonged to the parish in Radziwiłłów about 15 km away. They also used a small church in Polska Drańcza, which was a couple of kilometres away. Not far from the settlement were the sprawling woods of the Krzemieniecki Upper Secondary School, whereas in Ledóchów (several kilometres away) was the Krzemieniecki Upper Secondary Farming and Agricultural School.

The settlers, amidst their hard work, busy life, and in light of their many shortfalls, would organise dances (‘shindigs”) celebrating seasonal holidays, name days, or christenings. The ladies would then bring snacks and cakes - whilst the men would bring liquid refreshments. Indispensable on such occasions was Lejba or other musician for playing the fiddle to accompany the dancing. This was their only entertainment  ̶  brief moments of forgetting reality. The settlers also fostered customs and traditions. The years 1938-1939 already saw an improvement. Hope shined out. Only a few more years...

Their battles at the beginning began with war. Fighting for their country, for Poland. Every one of them went as a volunteer. They achieved their goal. Now, they were still fighting, still standing guard on Poland’s frontiers. Their efforts were in vain. The fruit of their life’s struggles was taken away from them. Their hearts filled with bitterness after losing everything. Alas, that’s not all! Their families were left destitute in exile, many died of starvation in inhumane conditions. There was not even a trace left of some families.

Only a poet would be able to tell of their tragedy. All we have left are words: honour to their memory! 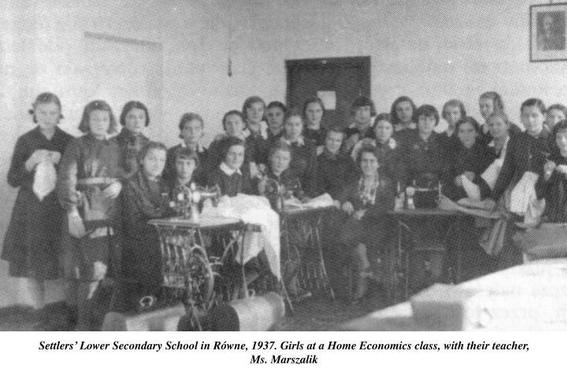 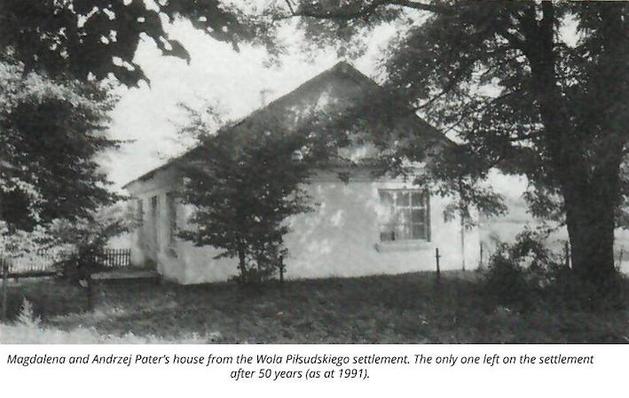 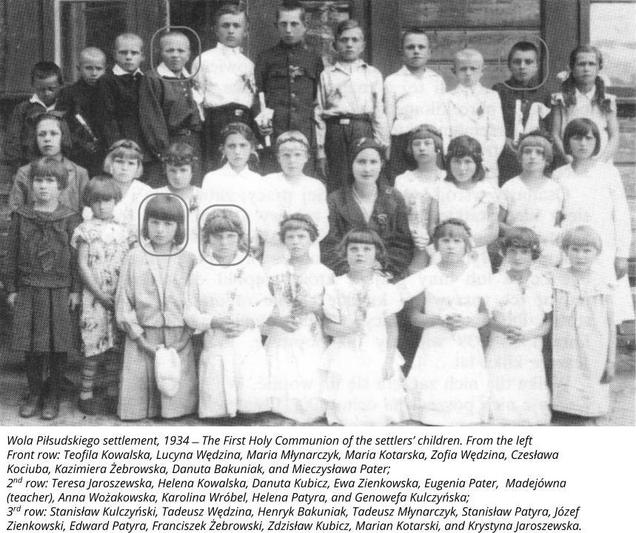 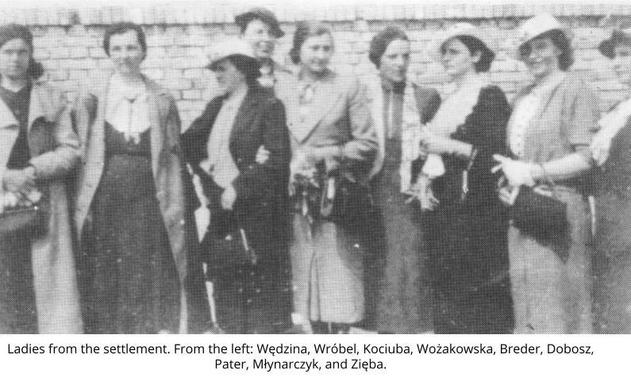