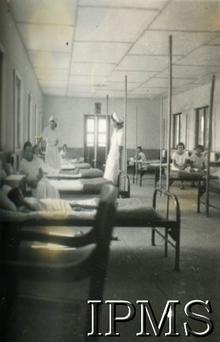 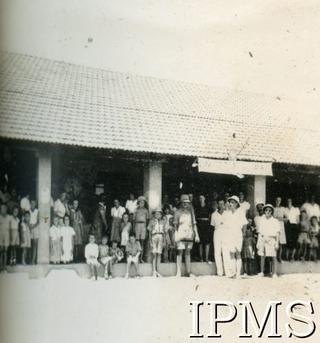 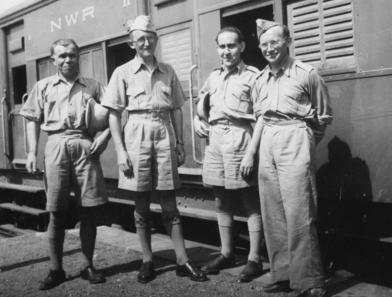 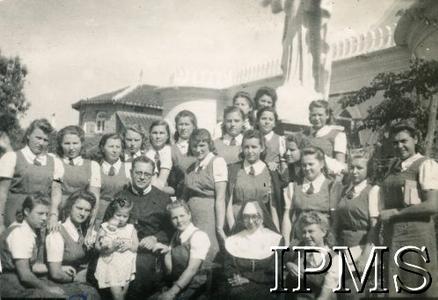 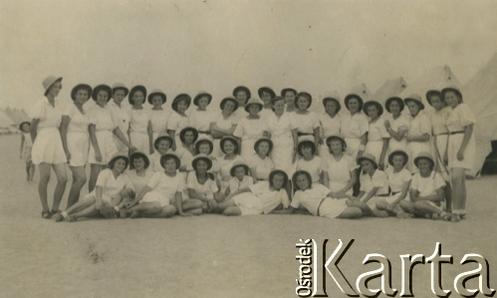 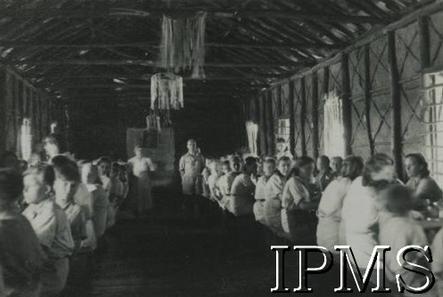 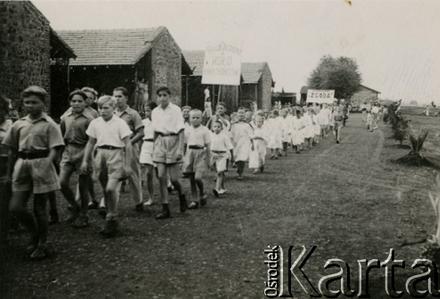 In this way, about 600 Polish orphans and half-orphans were saved from starvation. These children, in the loving care of the Polish Red Cross and the community of the City of Bombay, were initially placed in villas in Bandra, a seaside village near Bombay. Then, a camp was built for the Polish children near the village of Balachadi in Jamnagar in the Princely state of Kathiawar.

The Panchgani Medical Centre. Children being treated in the sanatorium for more serious conditions were taught by several teachers, while the older girls went to school at St. Joseph’s Convent. 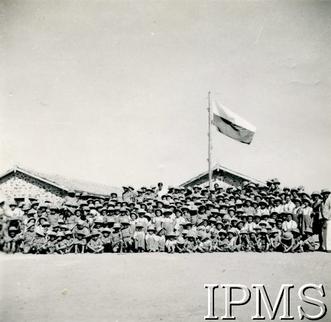 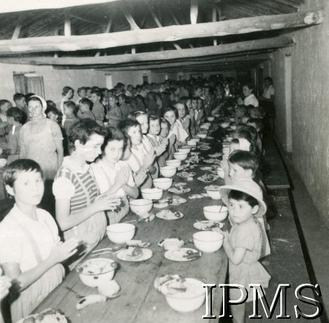 Before the war, all that most Poles knew about India was limited to exotic fables, such as the „Indian Tomb” a popular film of the time, and stories about snake charmers and tiger hunting.

When the Germans attacked Russia in June 1941, a spark of hope was ignited in the hearts of thousands of Poles exiled to Siberia by the NKVD.

The Polish government in London began making efforts, primarily to get the Polish orphans out of that „Russian Hell”. As a result of the efforts of Dr. Eugeniusz Banasiński, Polish Consul in Bombay and his vivacious wife, Kira Banasińska, the government of India offered hospitality to 10,000 Poles who needed to be transported out of Russia. Kira Banasińska, Delegate of the Polish Red Cross, moved heaven and earth to accomplish this with the help of Dr. J E Roberts, Roman Catholic Archbishop of Bombay and the British, Indian and American Red Crosses.

On 1 November 1941, a Polish Red Cross rescue expedition of six lorries under the Polish flag set out on a route through Lahore, Quetta and Meshhad on a journey of approximately 4,000 miles to Ashkhabad. This extraordinary expedition was led by Dr. T Lisiecki and Dr. S Konarski along with Dajek, an experienced driver with a good knowledge of many Indian dialects.

In May 1942, a second expedition of 26 lorries set out along the same route. All told, this expedition transported to Russia a large cargo of medicines, tinned goods and clothing valued at more than twenty thousand pounds, purchased by the Polish Government in London, and generously provided by the community and charitable organizations in Bombay.

Succeeding transports of Polish Refugees sailed from Ahvaz, Iran to Bombay by sea. One of these transports had the good fortune to sail on the BATORY. In Bombay, the Ministry of Labour and Social Services and the Ministry of Education sprang up alongside the Polish Consulate.

The Poles were settled In Refugee camps

Valivade. The largest group was in the Valivade Camp near the City of Kolhapur located in the favourable climate south of Poona on the western coast of India. The commandant of the camp was Captain Władysław Jagiełłowicz. More than 4,500 Polish refugees, the majority of whom were children and youth, lived in this settlement. As a result, many schools were established to accommodate them. This settlement was like a small Polish town with an administration, a post office, a church, workshops, a hospital, shops, libraries, community centres and of course residences for the populace.

​The Polish Children’s Camp in Jamnagar, administered by Monsignor Franciszek Pluta, was home to about 800 children and their care-givers at any one time. About 1,000 children found a home here throughout the lifetime of the camp. There was an elementary school, and a Secondary School in Balachadi.

The Country Club Transit Camp in Karachi. More than 25,000 Poles passed through this camp on their way to camps in Africa, Mexico and New Zealand. There was an elementary school for the younger children, while the older girls attended St. Joseph’s Convent School in Karachi.

​Malir. Later, another transit camp was established for about four months at an unoccupied American site in Malir to house the overflow of refugees in the Country Club Camp. These were refugees destined to be transferred to Valivade.

At the end of the war, life for the refugees became very uncertain. What would happen to them? Where would they go? In the end, as a result of operations to reunite families, more than 3,500 Poles went to Great Britain, to join family members who had settled there after the demobilisation of the Polish Armed Forces under the command of the British. About 500 people decided to return to Poland, while approximately 100 went to Australia, and 150, mostly orphans adopted by Polish families, went to the United States. Those who did not have relatives In the Armed Forces went to Africa or Lebanon and eventually reached Great Britain or Canada in 1949-1950.

For the most part, the former Polish refugees remember their sojourn in India with great fondness. Initially, there was the hope that they would soon return home. In time, their well-ordered social, school and cultural life created a strong bond among them which endures to this day, manifesting itself whenever the “Polish-Indians” come together.

Adapted from an introduction to „Młodzi w Valivade 1943 – 1948” by Mgr. Michał Goławski, Delegate of the MInistry of Education and the Polish Red Cross in India 1943-1948.

​
​A Little Poland in India (English) - The Complete Documentary

Documentary about Maharaja Jam Sahib who welcomed 1,000 Polish orphans and provided them with a wonderful four years after their escape from Russia during WWII. He told them that he is their "Bapu," meaning Father, and would look after them. The film includes the testimony of several of these children, now living in Poland and also a journey back to Balachadi where we meet some members of the Maharaja's family.
The film also has scenes from Valivade, a very large camp for Polish refugees, and provides a brief overview of other places of refuge in India.