The formation of the Polish Army in southern USSR

On 14 August 1941, a Polish-Soviet military agreement was signed for the Polish side by General Szyszko-Bohusz, ...stipulating that a Polish army was to be formed as soon as possible in the USSR and would be part of Armed Forces of the Republic of Poland. This army would be subordinated to the High Command of the Soviet Army with its commander appointed by the Polish government... but subject to Soviet approval.  Polish units were to be moved to the front only after achieving full-readiness. (Of course, that was not Stalin's intent because he wanted them thrown in right away).

As early as August, Polish Gulag survivors began their trek across USSR to Buzuluk where the army was being formed. It was decided to create several outposts in remote areas of USSR where deported Polish families could get help.

The Polish-Soviet military provided that the Soviets would equip the Polish Force and that credits were to be granted to the Polish government, from which the Poles would pay for food, transportation, arms, uniforms, ammunition, etc. Within the first two weeks, the Poles had already used ten million rubles.

Only families able to secure a social permit from their local NKVD could purchase railway tickets. People used their own initiatives to travel south and many were distributed amongst collective farms in UZBEKISTAN. Here, there was a great shortage of food, and epidemic diseases spread quickly.  Typhoid, cholera, measles, scarlet fever and persistent diarrhoea killed many children and adults.

Soviets claimed there were only 20,000 soldiers available.  From this, Anders initially suggested that Polish Forces should be organized into two (smaller) “light” infantry divisions and requested that Polish citizens serving in the Red army be permitted to transfer into the Polish Army.  Then the Soviets agreed to the formation of two full (larger) divisions of 10,000 men each, for which they promised to provide weapons. They set 1 October as the date at which Polish Divisions would be ready for battle. Sikorski did not like the idea of the Soviets using separate divisions, and preferred having them used as a single Corps under Polish command.

All military personnel captured by Soviets and Polish civilians arrested and deported for real or imagined crimes against the Soviet Union were to be granted immediate amnesty.   Many camps were not informed of the amnesty and many men found out by accident.  Many camps also held up the release of these men because their quotas needed to be filled and they needed the slave labour. Camp releases varied quite a bit from man to man. NKVD were to provide them with temporary documents, which would later be replaced with Polish passports.

The Polish military personnel were to be paid cash sums ranging from 500 rubles for NCOs  and lower ranks to 10,000 rubles for generals.  Anders was to receive 25,000.

Civilians were to get free railroad travel to a destination of their choice and a subsistence allowance of five rubles a day while en route.

Records show that most prisoners were released during period of 1 September to 15 October 1941.

Finally doors and gates to prison are opened and a flood of prisoners and civilians start the long trek to find the Polish Army.  But where?
Some walked four months to find an army that they were not even sure existed.  Many boarded trains with no ticket and no destination… just get south. Few ex-prisoners knew exactly where the army was, but all knew it was south.   This was crucial at this point, before winter set in again. Some prisoners were released with nothing more than the clothes on their backs.  Very few were paid the allowance or given the free railway passes they were promised.  An official identification card was needed showing they were workers eligible to buy food. They existed on raw potatoes and un-boiled water.  By the thousands they congregated at railway stations waiting sometimes two weeks to board a train heading south.

Their journeys took weeks, even months to complete, and involved spending nights on stations in hungry cities, waiting days at a time for erratically-running trains. Many of these former prisoners, weakened by their Gulag existence, died from dysentery, typhus, exhaustion or starvation during their journeys or upon arrival. However, the number of officers arriving in Buzuluk was much smaller than expected. Stalin, when asked about this, replied that the officers had escaped to... Manchuria.

As early as August 1941, transfers were made for evacuation of 900 airmen and seamen needed for the Polish Navy and Air Force in Great Britain.  Sikorski wanted Anders to evacuate as soon as possible 20,000 soldiers from the USSR. He wanted 5,000 for the Independent Carpathian Brigade to division strength; 5,000 for the Air Force and Navy in England; and 10,000 to stay in the Middle East. The best estimate is that 20,000 soldiers were sent from Russia even before the issue of evacuation of the whole army arose.

In November 1941, the Russians offered Poles credits in the amount of 65 million rubles to cover expenses up to 1 January 1942.

Winter temperatures in Buzuluk (Orenburg province) fall to -52 degrees centigrade, and soldiers were freezing to death in their tents.

On 22 November 1941, the Polish Embassy in USSR advised Polish deportees to head south through Novosibirsk, where another Polish outpost was created. With this announcement, a large exodus began from remote areas of USSR, such as Arkhangelsk, Vorkuta, the Ural Mountains, Siberia, Kolyma, Irkutsk, and Akmolinsk.

They decided that, if no additional units were to be organized, Poles who had been recruited in excess of the agreed number should also be sent to the Uzbek region. Uzbekistan authorities were to assist the Poles while the cost of resettling them would be covered by the Polish government.  Thousands at this time were directed to kolkhozes to work for some money so that they could survive the journey to the army.

By Autumn 1941, more than 100,000 Polish citizens had arrived in Uzbekistan and there was utter chaos.  Many were dying from hunger and exposure.

The first divisional artillery of  “7th Infantry Division ” was created in January 1942, in Kenimech, in a small town on the Uzbek steppes in the district of Buchara (Uzbekistan), and the second was near a small station Kermine, on the train line Tazkent (Tashkent) - Kagan.  The outskirts of Tashkent, the capital of Uzbekistan, became one of the army training centers for the Polish army.

The 7th Infantry Division was composed of the 7th Rgt. of Horse Artillery (which at first was the 7th Light Regiment) and the 11th Med. Rgt. PA. (at first 7 Med. Rgt.).

I have read that the 7th Division was also in Guzar.

In  Totskoje was the 6th Infantry Division and in Tatischev the 5th Division …. near Kuybyshev, (Saratov region on the other side  of Volga River…300 miles from Buzuluk… four to 11 days to get there from Buzuluk).

The 9th Division was in Dzalalabad.

Totskoje (25 miles from Buzuluk) was officially opened on 2 September 1941.

By 19 September 1941, Anders had 26,400 soldiers organized into two divisions and reserve units. A week later there were already 14,647 soldiers in excess of the agreed number.

By the first week in November the army expanded, without Soviet authorization, to 44,000 soldiers.  Anders was instructed by the Soviets to reduce the army to 30,000 and send the surplus to Tashkent as labourers.  Anders refused.

As well as no food, the army had no equipment.  They had 40 rifles per 10,000 soldiers, and most trained with wooden rifles. By October, one out of four soldiers had shoes. Each soldier gave up one daily ration a week to help feed the civilians that had arrived.

The Soviets supplied the 5th Division with arms and equipment, but lacked anti-tank weapons and artillery, and Anders distributed this equipment among all the Polish units to speed up their training.

In December 1941 the Soviets requested that each battalion, as it became ready, be sent to the front.  Anders refused.  Many of the soldiers still had no shoes and few had weapons.

Stalin said he had agreed to a formation of an army of no more than 30,000, consisting of two divisions with a reserve unit.  One division was to be equipped by the British and Americans and the other by the Soviets.  Stalin did not care how many divisions the Poles ended up creating but he was not going to feed them.

By the end of December 1941, Stalin approved the army of 150,000, and promised to release all Poles, still many in captivity.  But of course he lied.

25 December 1941 - Poles were to proceed with six divisions with reserves, totaling 96,000 soldiers that were promised with food rations.

By the beginning of 1942, there were six divisions but only the 5th was equipped to fight. This division consisted mainly of personnel of the 1939 Polish Army.  Anders was not comfortable sending an individual unit to the front as the Soviets wanted and said his army would not be ready until 1 June 1942. The British had used single Polish units in North Africa and Narvik in Norway, but those soldiers had not gone through prisons and POW camps.

In February 1942, the army was moved further south, where climatic conditions were better, but contagious diseases were endemic.  Anders' headquarters were now in Jangi-Jul near Tashkent, where most units were located. Other parts of the army were in Samarkand, Shakhrisabz (Uzbekistan), Margilan (Tajikistan), Frunze, Dzhalalabad (Kirgizia), Ashkhabad (Turkmenia), Alma-Ata, Chimkent, Logovoi and Merke (Kazakhstan).

Local relief offices were scattered through the USSR, wherever there were large groups of Polish citizens.  The offices distributed food and ran medical shelters. The administration of relief was far from perfect.

Sikorski wanted the whole Polish Army to be given an independent military task of which it could successfully accomplish on its own… the protection of oil fields.

After refusal to send in the 5th Division to the front, he was advised that from 1 March food allotments would be decreased to 26,000 rations.

The army was virtually given no equipment by the Russians, (7th Horse Rgt. received one gun 76m/m; and 11 Med. Rgt. PA one howitzer 122m/m. 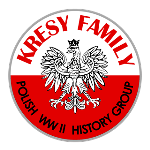 This is a book all soldiers were given as a souvenir of their army days.
Hania Kaczanowska  2006 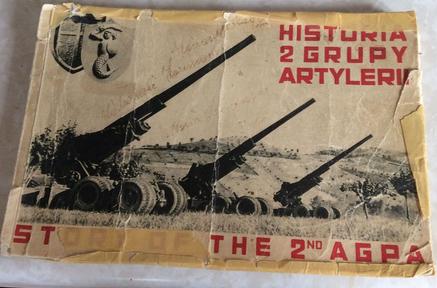