​5.  Wojtek was enlisted as a Private in the Polish II Corps.
TRUE

Advice was received by the 22nd Artillery Supply Company that no pet or mascot animals were permitted to travel from Egypt to Italy where the Company was assigned early in 1944 to fight in the Italian Campaign. To circumvent these restrictions, Wojtek was officially enlisted at Private ranking, allocated a serial number,  and listed as a member of the personnel of the 22nd Artillery Supply Company, with double food rations, but no pay. On 13 February 1944, Private Wojtek sailed with his Company from Alexandria in Egypt on the MS Batory, bound for Taranto in Italy.

There is no evidence of Wojtek’s promotion to Corporal rank although this may have occurred unofficially in Scotland after the war. 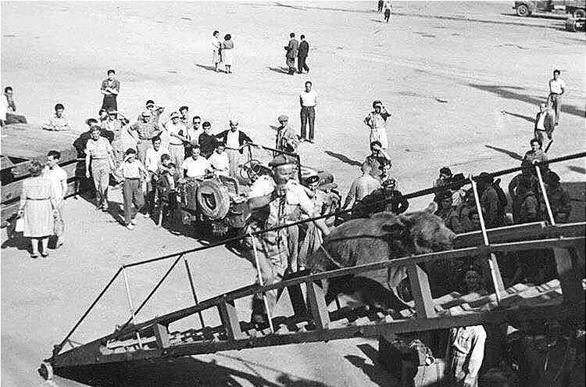