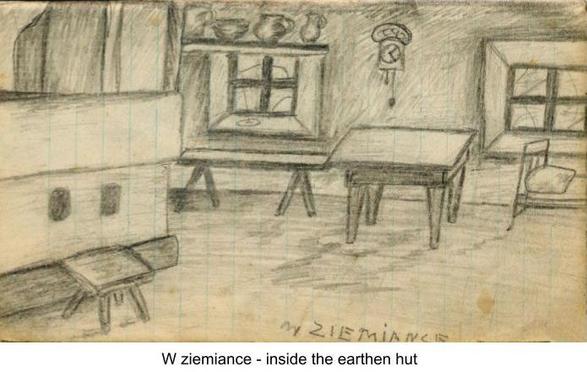 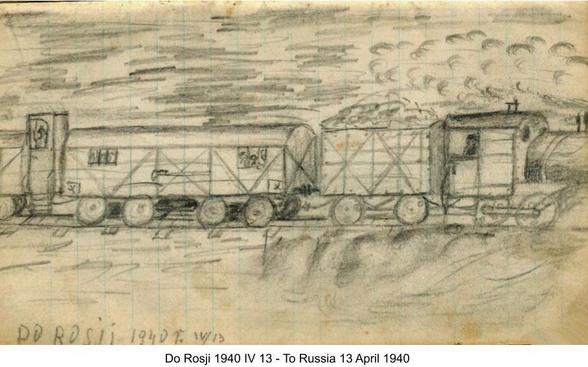 These images were drawn during the war in a small notebook Zbigniew kept with him.  He had no training, but there seems to be an artistic streak running through the family. He painted a lot more in his later years. Some examples are included at the end.  These materials have been donated by his son, Victor, who has also provided a short history of his father.

My father, Zbigniew Kurzweil, was born 1920 in Porohy, a small place south of Stanisławów. He was one of eight children. In 1935, his father Zygmunt died and the family moved in to Stanisławów itself. His oldest brother, Ryszard, was an officer in the Polish Army. When the war broke out, the Russians invaded and Ryszard was arrested, then escaped, was caught, beaten and died of his wounds. The family were deported on 13 April 1940 but not everyone.  An older brother, Hubert, who had already left home, missed the deportations and ended up living in Kraków. A sister, Stefania was never heard from again and nobody knew what happened to her. We found out in 2020 that she had been arrested by the NKVD, tortured and executed as a member of the Polish underground. As far as I know the rest of the family or most of the family were deported. A record of the train on which they were taken shows the destination as Lebiazje in the Chelyabinsk oblast, but I have no idea where they were taken after that.

After the amnesty in 1941, my father and his younger brother Wacław  joined General Anders' army, but the rest of the family (his mother and sisters) were not allowed to leave Siberia. His journey took him through Kazakhstan, Iran, Iraq and Arabia. He was taken by ship to South Africa and then to Scotland where together with his brother joined the Polish paratroops. He was dropped at Arnhem. After the war he joined the Polish Resettlement Corps and became a civilian in 1949. He moved to Halifax in northern England to become a factory worker. He met my mother who was a displaced Pole from western Poland, she had been deported to Germany for slave labour. They married in 1953, my sister was born in 1955 followed by myself in 1958. He spent the rest of his life in Halifax until he died in 2014 at the age of 93. He took British nationality in 1973 so that he could visit Poland in 1974. His mother and sisters had made it back to Poland, although his mother died in Kraków around 1958. One sister, Danuta remained in Russia and married a Russian. I think my father must have corresponded with her.  I found an address which a Ukrainian friend translated and it turns out to be an address in Ivano Frankivsk, Ukraine. I have written to that address in case anyone is still alive or if I have some cousins that I have never heard of. If anyone has any ideas how to fill in any gaps or to find out what became of the sister that remained in Russia that would be fantastic!

I was aware of the drawings in the notebook  from an early age as my father kept all his documents in a small suitcase that I would occasionally go through when I was a child.  He painted a lot more in his later years. He told us a number of stories from his childhood and his time in the war. 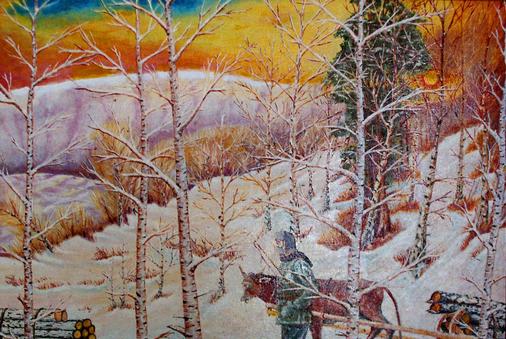 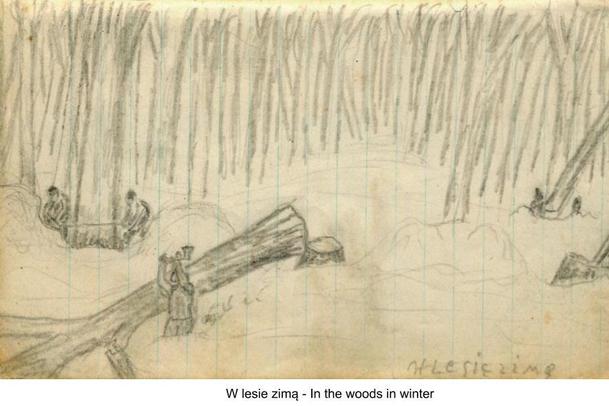 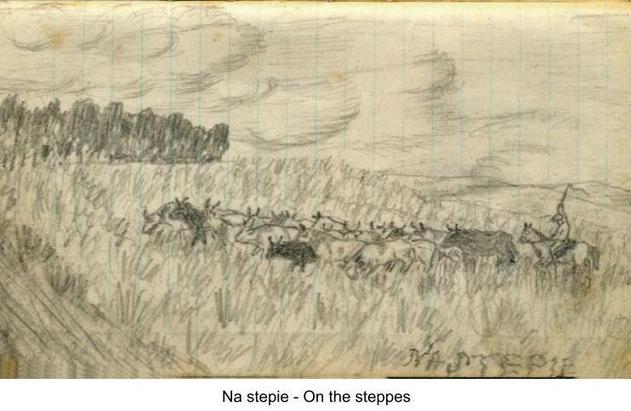 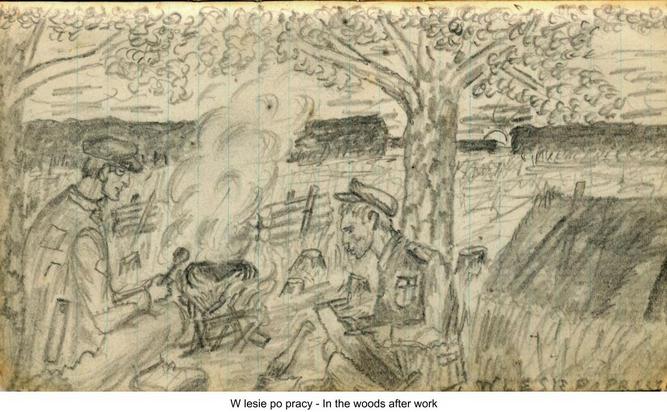 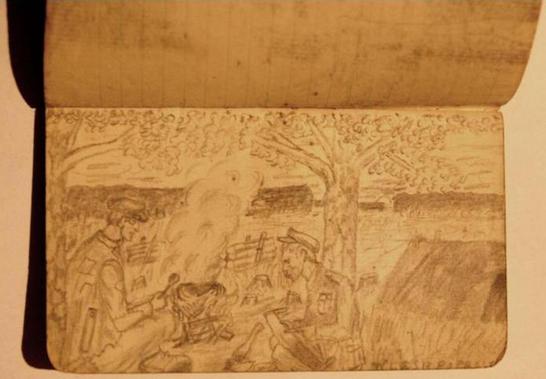 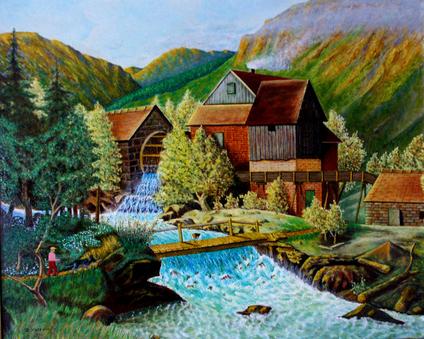 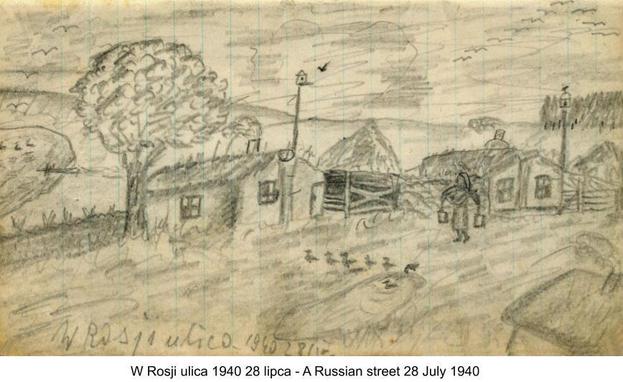 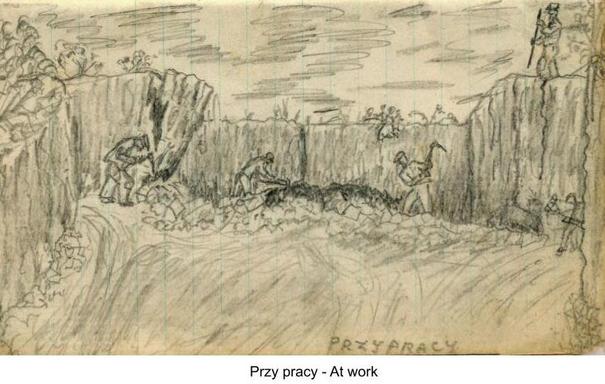 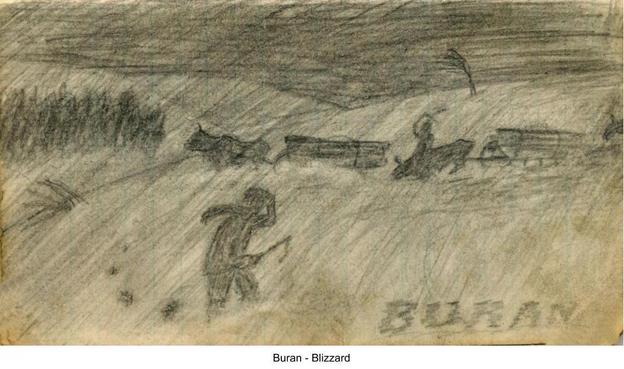 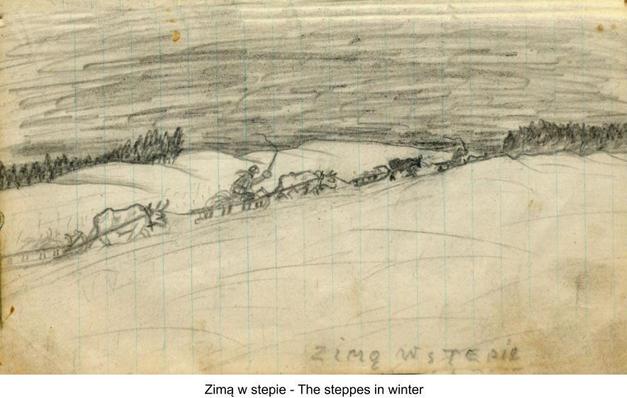 The following images were painted from memory after the war.

The first two are of Poland and the others are of Siberia. 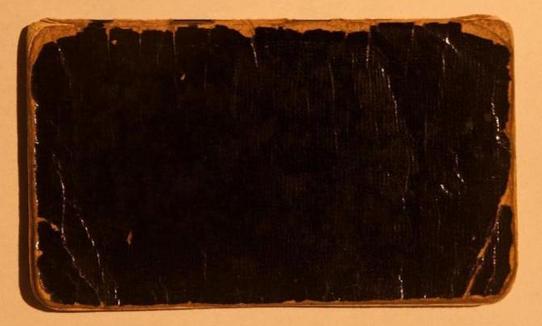 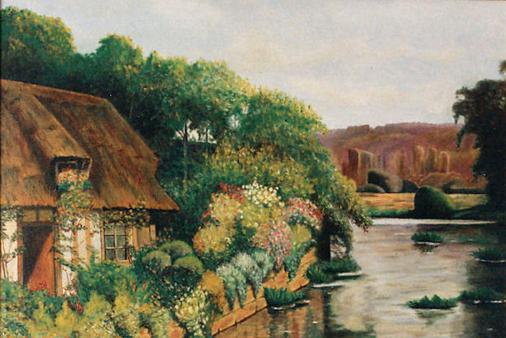 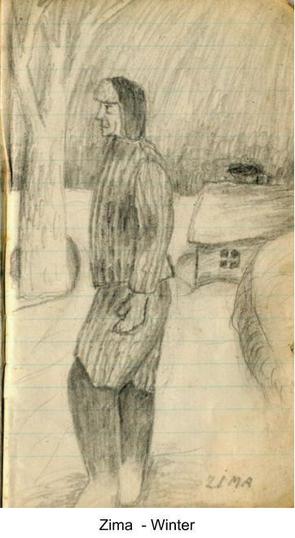 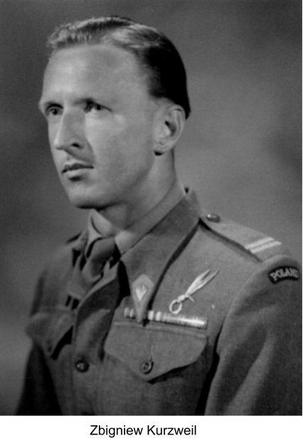 Notebook cover and one of the drawings  inside. 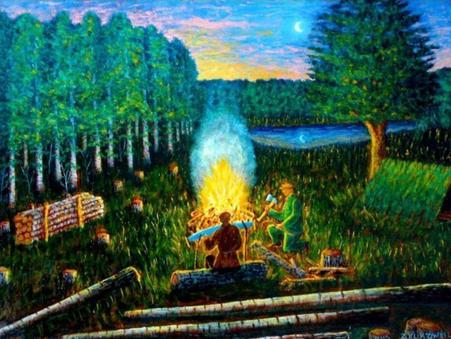 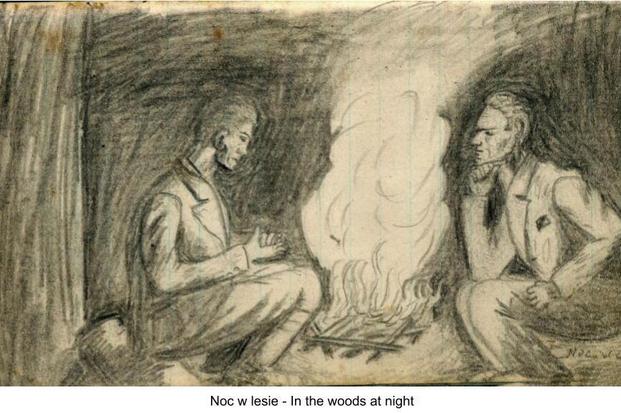