After a journey of 2 weeks, the train stopped at the small Krystaforowo/Christoforowo station in the Archangielsk region. The exiles continued their journey on foot (with young children and those who were ill transported on sleighs) to Camp Szeszegowo/Shushagovo (shown at 102 on the map). ​
click on map to enlarge 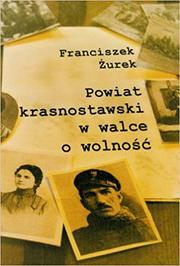 As Franciszek had passed away soon after “amnesty” was granted, resettlement to the UK was not an available option for the family. Stanisława and her daughters were however assessed by representatives of the Australian government as suitable for immigration to that country. In November 1949, soon after Dobrosława completed her final school examinations, the family boarded the ship General Howze in Beirut, sailed via Naples, and on 18th December disembarked in Melbourne, Australia. There, Stanisława and her daughters started their new lives.

The four girls all married and had children in Melbourne. The photograph to the right shows Stanisława with her grandchildren only 8 years after the family’s arrival in Australia. She passed away in Melbourne in 1966 at the age of 68.

Some, particularly the old and very young, did not survive the trip, and their bodies were thrown out of the train into the snow. Some first-hand accounts tell of family members who left the trains at stops on the way to look for food and water, and were left behind when the trains left, never to be seen again by their loved ones. 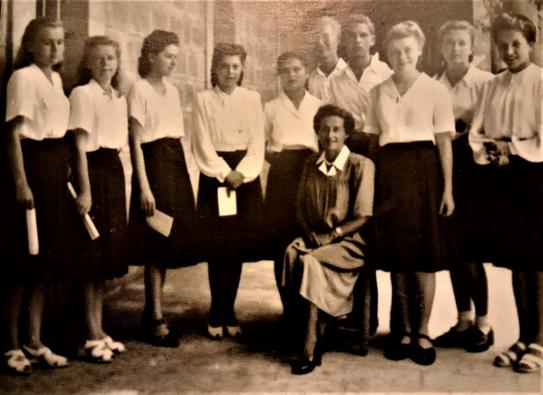 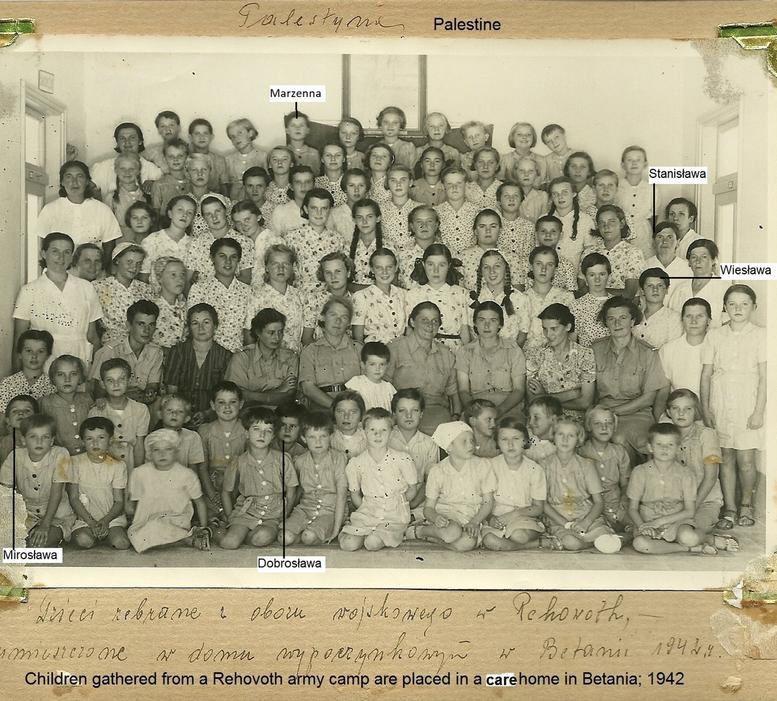 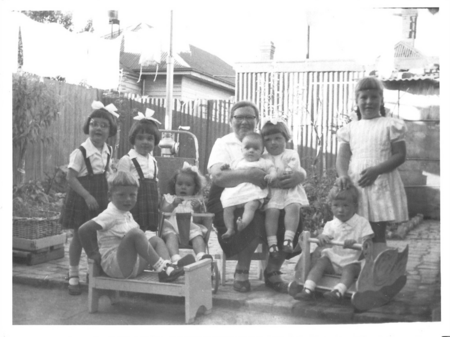 ​“An independent Poland – is the sum of blood, suffering,

On the 96th anniversary of regaining independence
for the people of Krynica 21.09.2014

Franciszek moved there in 1922 from the Krasnystaw Region, but maintained strong links with that area where some family members still lived. There are some reports that his brother, Antoni, would walk the 200 km to Podzamcze to visit Franciszek and his family. Franciszek is the author of the book, “Powiat krasnostawski w walce o wolność” (The Krasnostaw County in the Fight for Freedom) which was originally published in 1937 in Warsaw, and published in a new edition in Poland in 2009.

​He was named the patron of the Municipal House of Folk Culture (Wiejski Dom Kultury) in Krynica in Poland in 2014.

Poland was then partitioned between the Russian Empire, the Kingdom of Prussia and Habsburg Austria. Continuing his proud family history of Polish patriotism, Franciszek fought against the Bolsheviks in 1920, and was granted land as a soldier settler at Osada (soldier settlement) Wola Piłsudskiego near the village of Podzamcze in the Dubno region of Poland’s eastern borderlands (Kresy). 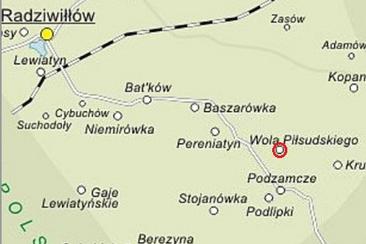 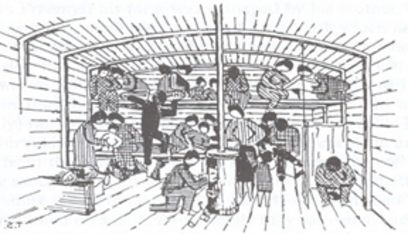 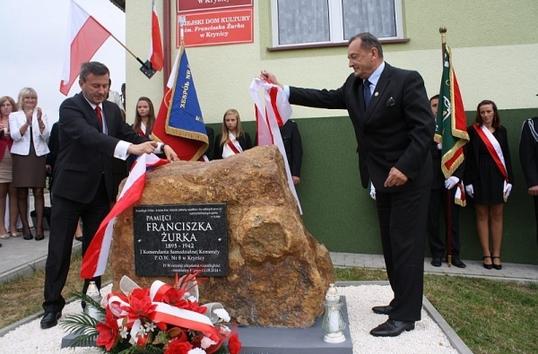 ​​THE ŻUREK FAMILY'S LONG JOURNEY FROM KRESY, THROUGH SIBERIA, UZBEKISTAN, PERSIA, PALESTINE AND LEBANON TO A NEW LIFE IN AUSTRALIA

My mother, Dobrosława Żurek was born in 1931, at Osada Wola Piłsudskiego near Podzamcze in the Dubno Region of Wołyń (Volhynia). She was the third of four daughters born to Franciszek (pseudonym Płomyk) and Stanisława [née Pijewska] Żurek.

Her father, Franciszek, born in 1895, was the eldest of five children born to Michał and Agata (two daughters and three sons). Michał worked as a ranger in a privately owned forest near Chełm. Michał’s father took part in the January uprising against Russian occupation which commenced on 22 January 1863.

Her mother, Stanisława, was born in 1897 near Sieradz in central Poland. She was the 9th born of 13 children. Four of her brothers died in their childhood. Her parents were Jan Pijewski and his wife Lucja who died when Stanisława was only 9 years old.

The dedication on the Commemorative Plaque there reads:

​​​As well as being one of the leaders in his community at the Osada, Franciszek was very involved in the promotion of successful farming practices throughout the region. He grew wheat, clover, sugar beet and fodder, bred cattle, and had a couple of well-fed horses.

According to one of Dobrosława’s sisters, each of the girls had their own cow. Dobra’s was called Malina. Her sister remembers that Dobra would like to drink milk straight from the cow out of a little white enamel cup with a blue edge. The girls also had a flower garden. Franciszek would get them to pick cornflowers and gather them into bunches and dry them so that he could sell them to the local pharmacist, and then pay his daughters the proceeds. (it is suspected that he really threw the flowers away and gave them the money out of his own pocket). The oldest daughter, Wiesława (Wiosia) attended the Krzemieniec Liceum, while Marzenna (Marzunia) and Dobrosława were at school at Podzamcze. The youngest, Mirosława, had not yet started school.

As is widely known, Hitler invaded Poland on 1 September 1939, with World War II being declared two days later. It was on 17 September, only 2 weeks later, that Stalin’s forces invaded eastern Poland. There were three deportations of Poles to Siberia during 1940. The Żurek family were among the many osadniks (soldier settlers) taken in the first of these on 10 February 1940. Soviet soldiers knocked on the door of the family home in the middle of the night and ordered the family to be ready within 20 minutes with 50kg of personal belongings and food supplies. Wiosia was brought from Krzemieniec to join her family. They were then taken to the railway station at Radziwiłłów and herded onto goods trains which had been modified for human cargo. Each wagon had small barred windows, a hole in the floor to be used as a toilet, a small iron stove, and bare board bunks, and accommodated about 70 people.

The family were settled into barracks and were told that all those over aged over 12 were to work. Most were required to fell trees and process timber using hand tools. Dobrosława’s mother, Stanisława was allocated the task of carrying buckets of water and chopping wood to heat it for the communal bath house. Wiosia worked as her assistant, and the younger girls attended elementary school. Dobrosława remembers that her younger sister, Mircia, was not a keen student, but that among the few items the family brought from home in Poland, there were popular children’s books about a goat, “Koziołek Matołek”  and a monkey, “Małpka Fiki-Miki”. Little Mircia learned to read using these stories.

Meals were prepared by the camp canteen and consisted of watery soup with fish heads or cabbage leaves floating in it. Those who worked were allocated 400gm of bread, and those who did not (including children at school), 200gm. Due to malnutrition, all the babies and most children under 4 did not survive the first long and bitterly cold winter in the camp. In the summer, when berries appeared in the fields, the children went out and picked them, ate as much as they could, and brought bucketfuls back to the camp for their mothers to dry for the winter. Food parcels also arrived from family members back in Poland.

In Spring 1941, Dobrosława’s father, Franciszek, was taken to prison in Moscow on suspicion of trying to build a wireless.

Following Germany’s invasion of Russia in June 1941, an agreement was made granting amnesty for Polish citizens deported within the Soviet Union. The men were to fight under General Władysław Anders who was released from Lubyanka prison in Moscow with the aim of forming a Polish Army against the Germans.

The family and others in the Camp were advised of the amnesty in August 1941, and Franciszek was released from prison. They began their journey south. After many changes of trains, and nights spent sleeping on railway station platforms, they arrived in Saratov in south eastern Russia. They spent the winter months early in 1942 on a collective farm, and then resumed their journey to Buzuluk where Franciszek joined the Polish Army. From there, they were transported to Guzar in Uzbekistan. There were thousands of refugees there, and a typhus epidemic was raging. Stanisława worked there at a field hospital before she and the girls were taken by train to Krasnovodsk. There they had their hair cut, scalps shaved, and clothes fumigated before they boarded a ship on 26 March 1942 and travelled across the Caspian Sea to Pahlevi in Iran and then to Tehran.

Franciszek remained in Guzar, and was to follow with the Polish Army on the next available transport. It was eighteen months later that Stanisława was advised by the Red Cross that he died there on 9 April 1942. No cause of death was given at that time, but it is believed that he was one of the many who died after contracting typhus.

From Tehran, Stanisława Żurek and her daughters were taken to Palestine. They arrived at an Army Camp in Rehovot in June 1942 before being placed in a care home in Bethany.

Stanisława worked at the home as a member of the domestic staff. Most of the group at Bethany, including the Żurek family, moved to Ain-Karem where a boarding school for Polish girls, Ośrodek Polskich Dziewcząt, was established. Stanisława was able to continue her employment at the school.

There were 80 girls in the dormitory at Ain-Karem. Dobrosława remembers that the beds were initially allocated according to age with the youngest girl in bed 1, and the oldest in bed 80. As girls left the school, their beds were allocated to new boarders, so the age order no longer applied. She was responsible for distributing laundry (marked with numbers corresponding with the bed numbers) to each girl’s bed, and still remembers the numbers of her bed, and her sisters’ beds.

Wiosia (Wiesława) was in the first group to matriculate from the school in 1946, and maintained friendships with her classmates all over the world for most of her life. After completing school, she moved to Beirut in Lebanon to study nursing. The three younger girls continued their schooling at Ain-Karem until 1948 when it became unsafe for them to stay following the outbreak of the Arab-Israeli war. They were evacuated to Ghazir in Lebanon in April 1948, and continued their studies at Zouk Mikael. Dobrosława matriculated there in 1949.