Do you see the rubble on the summit?

The ‘lost men’ charged through the fire,
more than one was struck and fell,
like those mad horsemen from Somosierra,
like those from Rokitny years ago.
With a frantic force they charged,
and they made it. The attack came off.
Their white and red standard they raised
aloft in the rubble in the clouds.

Do you see this row of white crosses?
That’s where with honour the Poles pledged their all.
Go forward, the further, the higher you go
the more will you find at your feet.
This soil belongs to Poland,
though Poland be far from here
for freedom is measured in crosses.
That is history’s lesson dear.

A quarter-century has passed.
The dust of battle has settled.
The monastery resurrected with white walls
reaches up to the skies anew.
But memory of those ghastly nights
and of the blood that here was shed
echoes in the monastery bells
tolling the fallen to sleep...!

during the Battle of Monte Cassino

*last verse written by Konarski in 1969, on 25th anniversary

Translated by B & T Wojewodka 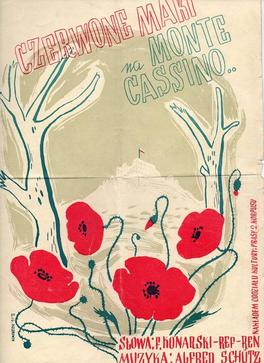 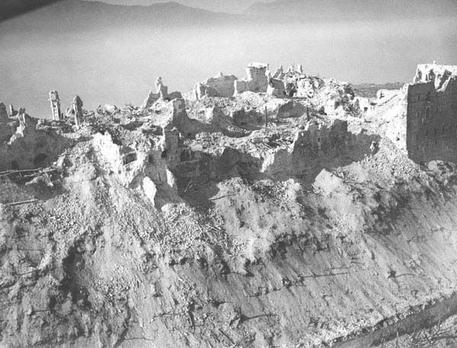 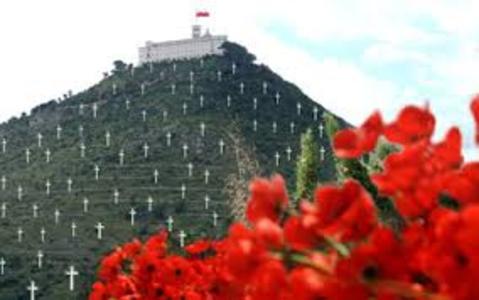