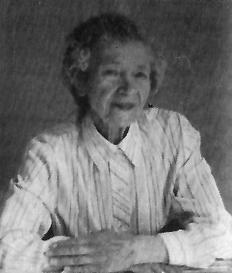 Wanda and Józef Wysocki in Isfahan, 1943. 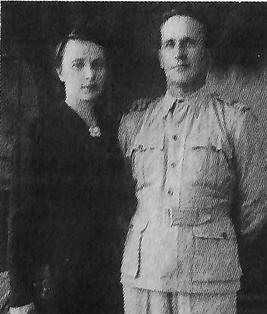 We reached our destination after many days' travelling in primitive conditions packed in cattle trucks. The posiołek to which we were delivered was in the Archangel district, near a town called Syenyaga which was four days’ journey from the railway station by horse and cart or, in our case, by horse and sledge. The barracks to which we were assigned had the usual infestations but, in addition, were overrun by cockroaches.

We called on the camp commandant to provide us with quick lime which we spread thoroughly over the walls and all the tables, beds and benches which we took outside from time to time and scalded with boiling water. For a short while, we gained some respite from these measures but it wasn’t long before we had to repeat the whole operation since the vermin multiplied so quickly. They were even dropping from the ceilings.

As for the food, it was both disgusting and scarce. Our ration was 200 grams of bread and a dish of thin and very often acrid fish soup.

We were set to work the day after our arrival. Our work was confined to the forest. There we felled trees, chopped them, stripped the bark and piled them up. With the coming of Spring, these logs were floated down the river Vaga which runs into the river Dvina.

Once the amnesty was declared, we all left the posiołek. The first leg of our journey took us to a nearby village which had a collective farm. As we worked, we secretly put together a supply of soap and shag tobacco which my husband used to bribe a rail worker into finding us a small corner in a cattle truck. By this means, we managed to reach Vologda. The town itself was vastly overcrowded and not just with Poles for there were enormous numbers of Russians, especially women and children, desperate to move south.

We waited two whole weeks in Vologda before my husband managed to repeat his bribery trick to find us transport which took us to Kermine. Here there was a Polish army camp. Our hope was that my husband might join the Polish Army since we felt that we should all be better off classed as a military family. Unfortunately, he was so debilitated by our experiences and looked so haggard that he was not accepted by the military authorities.

However, our son did join cadets in Kermine but, since he underwent a terrible bout of dysentery, it was only in August 1942 that he left for Persia. We were literally dying from hunger for, as a non-military family, we received no help.

Then, we struck lucky. By sheer chance, we were visited in our Uzbekistan mud hut by a soldier from the transport division. Once he discovered that we came from Stopłce, Stanisław Jaroszewski, for that was his name, began bringing us little packages of food and, when they started drawing up lists of names for transport to Persia, he put us down as his own family. Thus, at Easter 1942, we left for Pahlevi where we met up with him again. It was only after that that he disappeared and we lost all trace of him. My husband who managed to enlist in Tehran asked after Mr Jaroszewski everywhere he went but met with no success. It would seem that the ship on which he was serving was one of those which were torpedoed.

I spent my time first in Camp 2 and later Camp 3 in Tehran along with my daughters, Jadwiga and Regina. Regina, whose health was suspect, was sent to the sanatorium in Isfahan. Jadwiga and I joined her in that city in November 1942 and there both girls were taught at boarding school while I worked as a dressmaker in a tailor’s shop.

In 1945, we were moved to Lebanon, a beautiful country with extremely kind people so that it was with heavy hearts that we left for England and ended up in Millom in Cumberland. Here I re-joined my husband who had arrived in 1946 with the 2nd Polish Corps from Italy.

In 1949, we moved down to Croydon near London. My husband found work in a chocolate factory while I made blouses and dresses at home in order to supplement our income.

Now I live with my daughter, Jadzia, in Derby.

See recollections of this Osada before the war by Józef Wysocki.