Janina Chojnacka, now 90, lives in Copernicus House for the elderly in Toronto, Canada. A difficult and tortuous route has eventually brought her to live in a land very far away from her roots. Janina was one of the Juszczewski family’s nine children who grew up in the village of Rudnia in Wołyń. In 1924, at the age of 17, she married an army settler, Franciszek Chojnacki from the osada Radziwłłów, near Brody in Wołyń.

After starting their marriage with nothing, they worked through their difficulties to a period of real prosperity by which time they had four children: Mieczyłsaw, Edward, Irena and Julian.

The fate of the entire family changed with the outbreak of war, the invasion of the Eastern Borderland by the Soviet Army and the family’s deportation on 10 February 1940. From that day, the osada ceased to exist as its inhabitants were either scattered across the face of the earth or simply sentenced to death.

It is only thanks to God that the whole family survived through the times of extreme poverty, illness,  frosty winters in exile, and further wanderings over many years across several continents. By way of Russia, Persia, Africa and England, there came settlement in Canada where her husband Franciszek died in 1964.

Related by her daughter, Irena Kus-Lach.

See recollections of this Osada before the war by Piotr Jankowski and Alina Żbikowska. 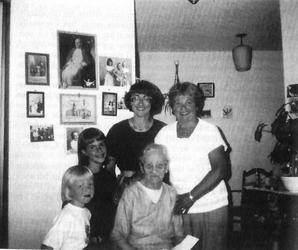 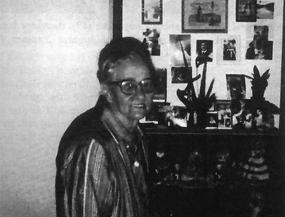