Józef Reszczyński vanished in Katyń and his wife Cecylia was deported to Kazakhstan. All the rest of the Batorówka settlers were deported to posiolek Kopytowo  in county Archangelsk in northern Russia on the 10 February 1940.

Piotr Barut’s family moved south in February 1942 from Archangelsk to Uzbekistan to a collective farm called ‘Bolshevik’, which was 35 km from Kermine. This place had earned the name ‘Valley of Death’ since many families suffering poverty, hunger, and deprivation had died here. The Baruts were seven in number, the parents Piotr and Zofia, and their five children: Kazik 17, Jadzia 15, Klara 13, Lila (Emilia) 11, and Władzio 7. However, only the mother and the four younger children lived in the ‘Bolshevik’ collective because the father joined the Polish army in Kermine, and the older brother, Kazik, had disappeared – simply separated from the transport on the journey.  For a few months it was not known whether or not he was still alive. He could easily have contracted typhus which was raging in the army camps at Kermine and Kenimekh.

It was not so much our extreme poverty as the complete lack of food which was our main concern. In particular mother was so weak from hunger that she could not work and this meant she was not allocated any bread. Equally she could not attend to the children, but only urge them to ‘Go to our Uzbek neighbour who has just baked some pancakes and beg her to let you have at least one of them’.

So the young children, naturally shy, did approach the neighbour at just about the time she was taking the unleavened bread from the oven, but they had no idea how to beg and simply stood about taking in the spicy smell of the bread while devouring it with their eyes. The Uzbek woman could not tell what they were trying to say and the children returned empty handed. It was then that the eldest daughter Jadzia, taking in the family’s weariness whispered: “Let’s just go and lie down and quietly die from hunger, for we’ll surely go straight to heaven ….”

But before it was finally decided that her brother and sisters were to lie down and await death, she knelt down right in the middle of that mud hut with ardent faith and the determination of an innocent child she started reciting the “Our Father”. When she reached the words ‘give us this day our daily bread’ she burst into tears and said “Jesus of Nazareth, save us. We’ll die without a murmur if that is your will, but if you have other tasks for us in this life, then please save us”.

At that very moment someone rapped on the locked door. This proved to be a friend who had come to tell us that Polish families with children could claim financial aid upon application to the Polish army headquarters in Kermine.

Of course, since there was no transport of any kind, one had to walk the 35 km and Jadzia, with a group of older people set out on this long trek which took the whole of three days. When she returned, more dead than alive, she was carrying enough money to feed the whole family.

Even while Jadzia was away, provisions for the whole family: rusks, bread, sugar and cereals, arrived from my father who had sent them with a soldier comrade of his company. He was able to send this life-giving food because he accepted his pay in kind rather than in money. Mother, herself swollen with the effects of hunger, welcomed this solder like an angel from heaven.

Upon her return from her trek to Kermine, Jadzia became so ill that she lay unconscious, running a high temperature. Thankfully she recovered in time to take advantage of the news that, being an army family, we were entitled to shipment abroad along with thousands of other such settler families deported to the USSR in 1940.

And so it happened that the entire Barut family (including the once lost, but later found Kazik) were saved, despite serious illnesses which included spotted and typhoid fever, scurvy, pneumonia and the bloating which follows near starvation. After six years of homeless wandering they all met up in Rednal Camp, Oswestry, England.

Praise be to God for this salvation! 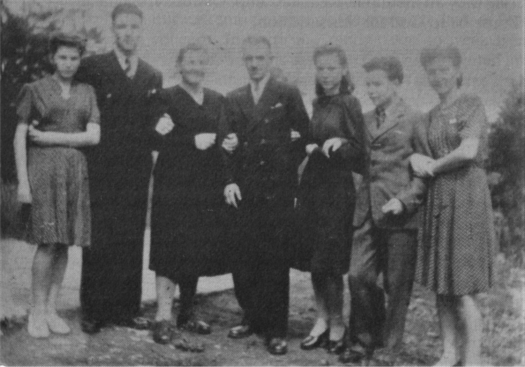 Zofia Barut with her daughters, in Tengeru, Africa !944. From left: Klara, Emilia, Jadwiga

The family after the war. At long last together!  Rednal Camp, Oswestry, England.

Zofia Barut with her children (from left): Emilia, Klara, Jadwiga and Władysław 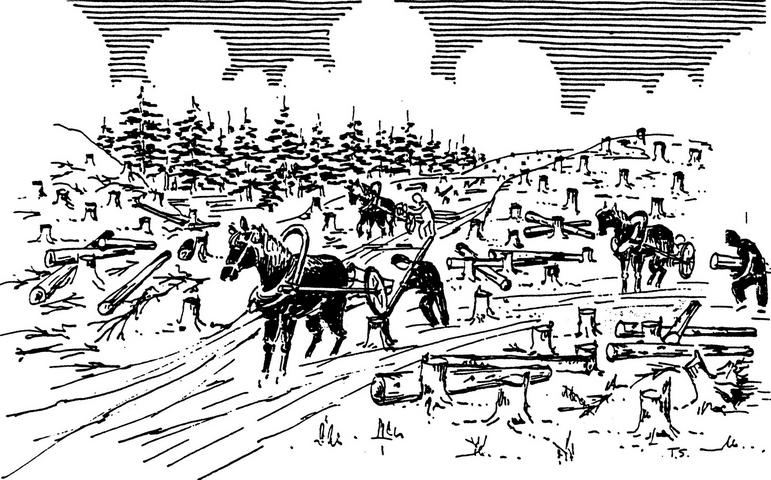 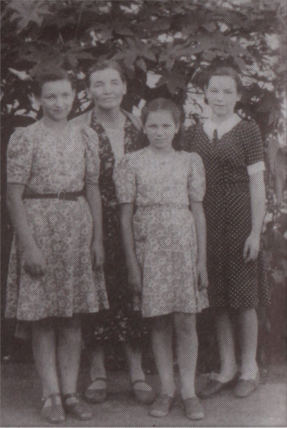 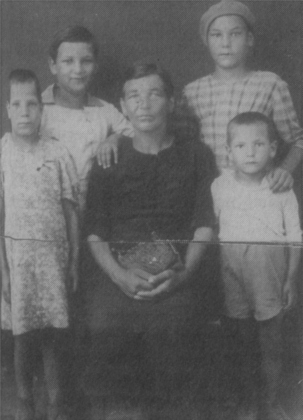 Jadwiga's brother, Kazimierz Barut, has also written about their family's experiences of deportation.

​For information about the Godawa family, also from osada Batorówka, read the account written by Wanda Szwender (Godawa)