My father, Aleksander Nowicki, was born in 1898 in Lesniki, a village in the county of Nowogródek, quite close to our future settlement. Just before the Bolshevik revolution he was conscripted into the Russian army. However a medical examination by a Polish doctor gained him a certificate which, on health grounds excused him from immediate service. This meant that he never returned to Russian Command. Instead he joined the Polish Legion commanded by Piłsudski. Thus he fought in the Battle of Warsaw and the relief of Wilno under General Żeligowski.

Following the war he was allocated land in Bałaskowszczyzna settlement where in 1925 he married Anna Ryndziewicz, a native of the local hamlet of Wojniłowszczyzna. There they farmed together and started a family.

On 10 February 1940, accompanied by their three daughters Ola, Czesia and Frania and along with thousands of their Polish neighbours, they were deported to the Irkuck district of Siberia. From there, after the proclamation of the 1941 amnesty they journeyed south to Kirghizia where Aleksander joined the Polish army, and in doing so, escaped the ‘Soviet paradise’.

He lost all contact with his family until by sheer chance they met at the port of Pahlevi in Persia.

At the end of the war he arrived in England where he was joined by his family from Africa in 1948. He became a widower in 1989 and was looked after by his daughters and their families until his need for constant care he meant he had to enter a nursing home. He died on 6 April 1996.

The above was written by his daughter Olimpia Barton of Leeds.

See recollections of this Osada before the war by Aleksander Nowicki.

Also of deportation and after by Aleksander's daughter, Olimpia (Ola) Barton and by Maria Dryguniewicz .

Back to the Introduction page 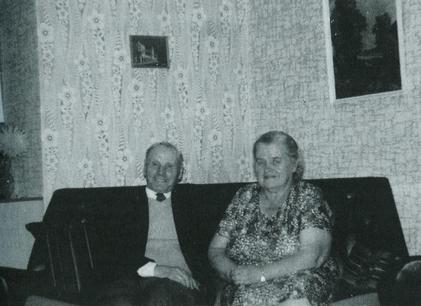 Aleksander Nowicki  at ease in the nursing home 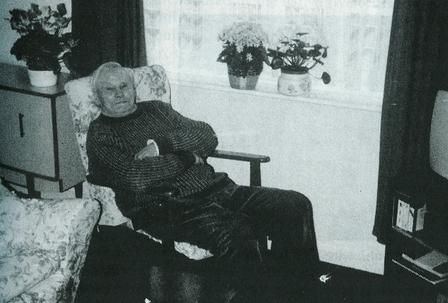 Aleksander Nowicki in British uniform 1942 freed from the "Soviet paradise" 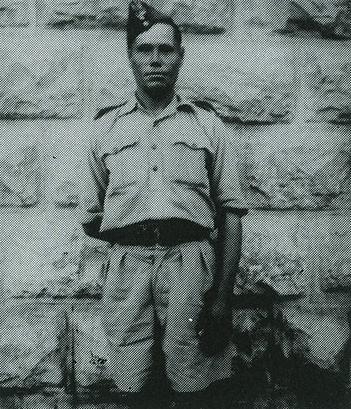 Aleksander Nowicki with his wife Anna on their 50th wedding anniversary