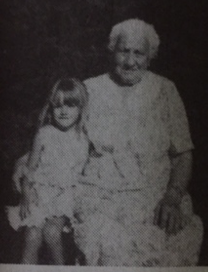 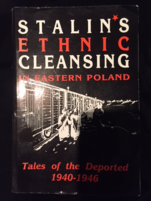 Maria Dryguniewicz was born in 1908 in the village of Koniuszowszczyzna. She married Wincenty Dryguniewicz in 1926, a military settler from osada Bałaskowszczyzna, which was close to where she was born. They had two daughters, Ewa and Weronika, and a son Bronisław.

On 10 February 1940, the entire family was deported to the Irkuck district of Siberia where in the forest they worked as labourers, loading wagons, making hay and building huts in the compounds here.

After the 1941 amnesty, they left the posiolek for Kirghizia where Wincenty joined the Polish Army. The family managed to survive the outbreak of typhoid which affected all of them and struggled out to Persia where Bronisław joined the Polish Cadet Corps.

After a few months in Teheran, Maria and her daughters left for East Africa and stayed mainly in Kidugala and Tengeru in Tanganyika.

It was in 1948 that she met up with her husband and son in England. From there, following the marriage of her eldest daughter Ewa, they all decided to emigrate to America and settled in New York. When her husband died she lived with her younger daughter who had married Józef Zakrzewski.

See recollections of this Osada before the war and of deportation and after by Alexander Nowicki and by his daughter, Olimpia (Ola) Barton (nee Nowicka).

Maria Dryguniewicz with her family in New York

Maria Dryguniewicz with her great-granddaughter, 1995​ 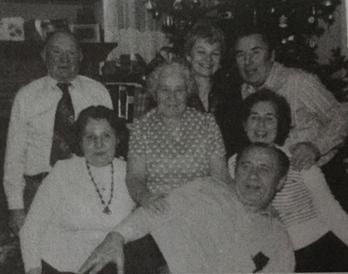