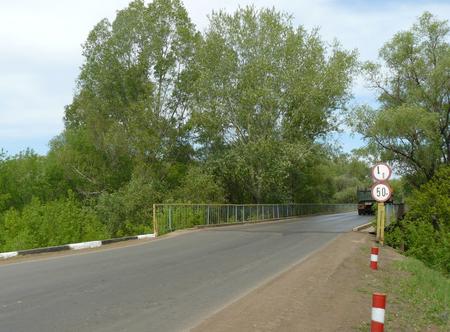 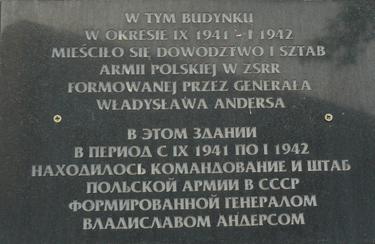 The tents of the Army were on the far side of this bridge, now it's a military camp

"Excerpts from 'The Gulag Trail - Footprints into Exile' by Jerry Kubica, with his kind permission

And so the wheels of my train today go on, and on, and on…on the same track of this old and well-worn railway line: Leningrad, Moscow, Saratov, Kuybyshev, Tockoye, Buzuluk, Tatischevo…

Tockoye! A young soldier on sentry duty… in khaki and a cap on his head! Thin, obviously hungry… but he’s not Polish! He’s Russian! Still, he looks at my passport, listens to my story, calls the guard-house… the guard calls the commanding officer and… Yes! Leave my passport, and I am allowed to walk up to the bridge on the river – their military base is on the other side.

How strange, naïve perhaps… but I feel disappointed. I would so much like to see and feel the way it was back in December 1941 when my father might have been here; to see and feel as “Ref Ren” did at the time – snow-covered open steppes as far as the eye can see, row upon row of tents sitting deep in snow… groups of men still hungry, still in rags, freezing, walking the four kilometres through deep slush from Tockoye station to the Polish army camp across the bridge I am standing on right now, the river frozen solid… But of course, I am seventy years too late to share their history with them. It’s May, the sun shines, perfect summer weather…

My Russian soldier in khaki on sentry duty is bored, he has no higher motives… a smoke and vodka will see him through the eighteen months of military service. But even in times of such peaceful ambience as today, not every soldier survives – three young Russian men with happy smiling faces look up at me from the roadside marker some two hundred metres from the sentry; three Orthodox crosses next to their faces tell their story.  Were they, or was it the driver of the vehicle that killed them, drunk on the way to or back from Tockoye station? A little further along, in a depression in the surrounding fields sits a squadron of tanks; men cook lunch near-by… Tanks! And our “soldiers” didn’t even have rifles at the time, not even boots!

A man in a 4x4 BMW gives me a lift back to the station… Oh yes! He knows about Polish soldiers. In fact, commemorative celebrations of these events were held in Tockoye in 2011; many of the old folks still remember how good and helpful the Poles were and how sad they all were to see them go, for they showed the Russians that it is possible to be human in a free-er world.

Tockoye - still very much a “small railway station… no different from so many other Soviet stations…” It’s a miserable little station with a large single-story hall and little else; only a white bust of Lenin in front of the station reminds people of its history, and a black tablet commemorates its birth:

I hail a private car in the street and the driver gives me a lift to Buzuluk. Inevitably, its two young passengers, the driver and I exchange the “why-s and where-s” and at the mention of Anders all three come to life – of course they know about the Poles, about Anders, about the Army in Buzuluk! In fact, they tell me, there’s a commemorative plaque on the wall of the Army HQ building. Of course they will take me to my hotel, no problem at all and absolutely no payment due for the ride!

And so I search for that commemorative plaque… in a lovely small town bathing in warm sunlight today. This garrison town with its history dating from 1736 has been scarcely touched by War, and a number of solid red brick buildings impress with their architecture as do several exquisite log and timber houses from the early 20th. Century. Almost wherever you look a plaque commemorates its history and its place in the War of 1941-1945, yet no one I met in the street could tell me where the Anders Army HQ stood, but a black plaque on the wall of the railway station remembers:


Indeed, that’s exactly what Stalin had in mind for the Anders Army too - disperse Polish battalions in the mass of the Red Army; send them now, no matter that they are barely out of the GULAG and had inadequate training… for even in their present pitiful condition they were more than good-enough to stop German bullets. Thankfully, General Anders knew well Stalin’s mentality, and saved his Army!

Eventually and almost by accident, I come upon an impressive white building… silence, only one or two people in sight, but the grey plaque I was looking for is there.

In that winter of 1941-2 their entire world was snowed in, howling winds and temperatures in the -40’s, yet still they walked - to join the Army!

A long, long queue waited outside the Army reception centre... Weak, sick, but their spirit high, they all wanted to enlist in the Anders Army; they all wanted to fight the Germans. Their hopes were high; there… in the future, glimmered a free and independent Poland. Somewhere in that queue surely would have stood my father.

One by one the men in that long queue gave their name, their date and place of birth, their rank, and wrote down their story; and one by one these stories become a litany of woe and of inhumanity of Man to Man in Stalin’s empire - in Murmansk, Arkhangelsk, Workuta, Ukhta, Abez and GULAG lagiers in Kazakhstan and at “the end of the world” as far away and as remote as Kolyma. But as they came up one by one, their eyes shone with the will to fight and to lay down their lives for Poland if need be.

And seventy years later, as I leaf through their testimonials, shivers run up my spine for somewhere in that maze of lagiers was my father… and this thought, and one awful question gnaws my mind: what would I have done if I had ever found myself where they had been, if I ever had to take the test my father and so many others had to take… What would I do:

-  when facing death from starvation would I snatch an inmate’s feeding bowl… or share my last crumbs with him?

-  and when hunger drove me crazy would I resist NKVD’s solicitations to tell on other prisoners, or become a stahanowiec, to get a little more food… so I can live a little longer?

- or when my old and utterly exhausted father fell by the wayside, for he could walk no further, would I cradle him in my arms and wait for that final bullet… or would I find an overriding reason to abandon him… to walk on… to stay alive?

- and when a zhulik, bent on stealing my last crumbs of bread, threatens me with a knife would I meekly yield, call for help, or fight?

- And when I see my mates being torn to shreds or pulped into a bloody mash in those merciless battles for Monte Cassino… would I cower, or kill?

By whichever route his fate took him, my father survived; he made it to Buzuluk and enlisted with the Anders Army. For him and some 115,000 Polish people, Buzuluk became the end of their GULAG Trail; it was also their first step on their trail to exile. On the way they would first have to pass some bitter milestones: the abandonment at Tehran, the perfidy at Yalta, the infamy of Katyń, the sacrifice on the battlefields in Italy, and the perversity on Victory Day in London… all shrouded in the fog of political expediency.

But for so many of those who “Szli” to join the Anders Army, the end of the GULAG trail became the end of their life’s trail; they stayed behind forever… in their graves even at the very exit from “Stalin’s Evil Empire”. So many could not shake off Stalin’s evil spell - tut washa moghila - and succumbed to exhaustion and sickness - to typhoid, scarlet fever, malaria… and Polish graves in their hundreds fill cemeteries in Kazakhstan, Turkistan, and in Bukhara, Ghuzar, Kanimekh, Kermine and so many other places in Uzbekistan.

In Tatischewo no traces of the Polish Army were to be found.

Osada Kuropole/Postawy as seen in the present day

Osada Stary Dwór as seen in the present day

Osada Rozanpol as seen in the present day 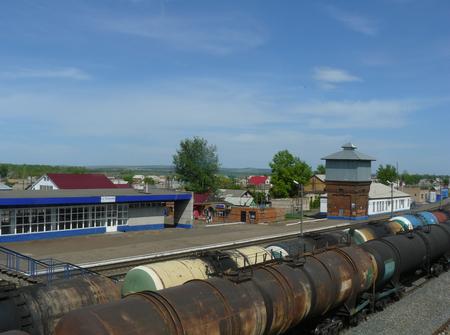 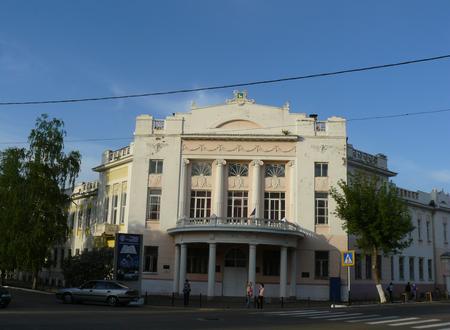 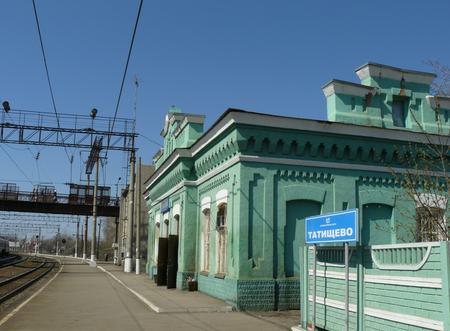