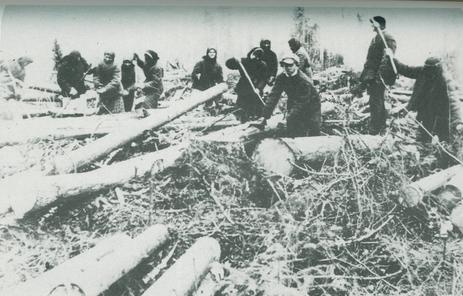 Bronia, who had gone to visit her aunts when the Soviets appeared on the night of the 10 February 1940, arrived in Siberia about six months after her family, but not before the death of her mother.  Whilst there had been some correspondence between them to enable her to join the family, she had not been told of mother’s death. We can only imagine her shock and grief on learning of her mother’s death when she arrived at their remote settlement.

During their enforced settlement in this area, they came across other ethnic Poles whose families had been deported to the barren wasteland of Siberia under the Tsars in 1832, 1864 and 1906, and who were willing to share what meagre rations they themselves had, but it was all too little.

The local Russians were also kind and understanding but had very little themselves. During our childhood, our mother would sing Russian songs and recite Russian poetry which she had picked up in her interactions with the locals during this period of enforced exile.

Back-breaking labour, felling trees in the snow, from dawn to dusk.

​
Werch Tabahaszet in Krasnojarskij Kraj was to be their 'home' for more than 18 months.

Their fate was slave labour in the forests in exchange for the barest necessities of life: 400g of bread a day. Life was intolerably hard. They kept themselves alive by eating roots, potato peelings and herbs. Not only did hunger gnaw them but also lice and bedbugs. Each night, as they lay on their planks of wood, they would be infested with bugs that would bite their faces to the point that in the morning they were covered in a pink rash. Many died of cold, hunger or disease during the 18 months in this settlement.

The weather was severe. The footwear that was brought from Poland was totally inadequate for the conditions that they had to suffer. They would wrap their feet in rags; cover them with snow which they would then melt by holding their feet near the open fire. Once the snow had melted, the cold temperature would freeze the wet rags and harden them to create a protective layer against the weather. These ‘ice shoes’ provided them with much-needed warmth.

Six months after arriving at this settlement, our mother’s mother, Barbara, died. This was towards the end of August 1940. She had gone out to the forest to help her daughter, Marysia, with the logging. Marysia who was 15 at the time was skeletally thin and very fragile. One day, our mother’s mother lay down on the wet logs at lunch time and that evening came back to the settlement in severe pain. She died at home about three days later. She was 48 years old.

Her husband, beside himself with grief and not knowing how he was going to cope with six children on his own, stopped eating, giving what little food there was to his children. Sadly, he lost the will to live; he gave up. He spent several months lying ill in bed at home. Our mother would recall lying with her youngest sister, Haneczka, behind him at night, close to the heater. Kasia exchanged a headscarf for food, bread and milk for him. He was eventually taken to the nearest hospital which was not close at all to the settlement. He died six months after the death of his wife on 2 February 1941. He was 52 years old. Kasia was with him when he died and he told her to ‘pilnuj dzieci', to look after the children.  Because of the long distance to the hospital, only Kasia attended his funeral.

​With the whole family now orphaned, the two youngest were looked after in an ‘ochronka’, a nursery of sorts, whilst the remaining siblings continued working in the forests. The two youngest would come back at the end of the day to their barracks and our mother would put the water on for the potato peelings in anticipation of the return of her siblings from their work in the forests.

As the eldest and responsible for her siblings, our mother’s sister, Kasia, found some extra work in a shop on the settlement, if indeed it could be called a shop. One day, she was caught stealing scraps of bread for her siblings whilst in the shop, and was locked away. Mr & Mrs Cichocki who had been neighbours back in Zmysłów encouraged Haneczka and our mother to go to the jail and cry loudly and incessantly until Kasia was released. At the sight of Haneczka and her sister bawling outside the prison walls, the authorities immediately released Kasia.

These dire living conditions, the malnutrition and starvation which they suffered brought on many illnesses, for which there were no cures or medication. Tuberculosis, dysentery, typhus and typhoid fever were common, as were night blindness, scurvy, pellagra and beri-beri. Our mother developed a seeping ear, from which she suffered for the rest of her life.  Michał developed ‘kurza ślepota’, night blindness and had to be guided in the evenings. The weather was so cold that sometimes people failed to return from a journey, their bodies having frozen on the spot.

Then, the beginning of August 1941 brought a glimmer of hope of freedom ... but not without its own trials and tribulations ... 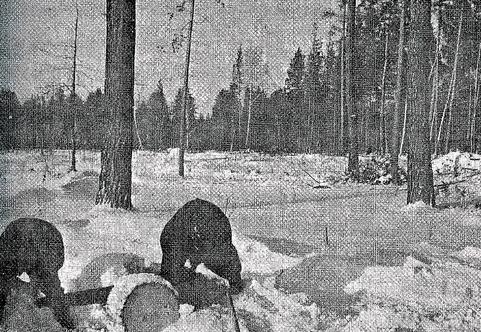