In due course, my mother and I, along with thousands of other children and their mothers, were moved to Ahvaz on the Persian Gulf. Whilst waiting for a boat to take us to India, we were housed in horse stables.

From Ahvaz we were transported to India, outside Karachi (now Islamabad part of Pakistan), and again housed in transit tents where we stayed for some six months. Hygienic conditions were much improved. Shower cubicles were erected in the open air, and, as it was very hot, I luxuriated in taking many showers a day. Mother became very ill and was taken from me to a hospital in Karachi.

In 1943 we were shipped through the Indian Ocean to South East Africa arriving in Port Mombasa. During this voyage we were hit by a big storm. I remember a lot of people were crowded in a huge cabin, somewhere in the bowels of the ship but, as the storm pounded, portholes were broken and water started pouring in. Everybody was evacuated to the higher decks, but mother and I were overlooked. My mother still weak, and suffering very badly from sea-sickness, could not stand up and walk. I did not have enough strength to support her and drag her along, and I could not leave her on her own. Mattresses and everything else were floating on the water and we honestly thought we were going to drown. Mother managed to raise her voice and kept calling for help. Eventually, a steward did arrive and half carried mother, with me following them.

On arriving in Mombasa, we were loaded onto barges and taken down several waterways and, then by road, ending up in Masindi, not far from Lake Albert, some distance from Kampala, in Uganda. The journey on open barges, loaded with what little baggage we had, was for me very frightening as the waters were infested with crocodiles. Near Masindi, large camps were specially built to accommodate the Polish civilians. We were housed in mud huts, divided into small compartments for each family. The sites for these camps and many other throughout South East Africa were chosen by representatives of the Polish Government in London, and we were to stay there until the end of the war.

When we first arrived and before acclimatizing, we were attacked by all manner of insects. Chigoes (tropical flea burrowing into skin) were especially nasty. These insects would burrow into our skins around toe nails and lay their eggs there. Those spots would become very itchy and, after a while, grubs would develop inside the skin. They would then either crawl out or be removed with a needle. I still have a deformed toe nail as a result. Other consequences were deep ulcers around feet and ankles. These were very painful, and I became so badly afflicted with these, that I had to be taken to a hospital for treatment. I still have scars to show for it. We also went down with malaria and other diseases. Even after all these years, from time to time, I still have malaria attacks.

There were about seven camps in all, housing about 5,000 people, mostly women and children. In the middle of each camp a water pump was built, with four streets in geometrical order leading into opposite direction from the pump. As it happened, our mud hut was right at the end of the street, going uphill, so it was quite hard work carrying buckets of water to our place.

As the Polish authorities in London were very anxious to establish education facilities for children of school age, very quickly schools were set up and cultural life began to emerge. There were three primary schools, a grammar, two technical schools and one liceum (higher than grammar school, but not quite university level). Qualified teachers among the civilians were asked to apply for the jobs; others, suitably qualified, were sent in from the armed forces. The necessary educational materials were very rapidly printed in the Near East and quickly despatched to wherever there were Polish civilian camps.

Looking back on it now, I must admit that the standard of education in those primitive conditions was very high. I started primary school right away in year three of a six-year primary school, and my teachers were so impressed with my progress that, when I reached year five, my Headmaster suggested that I should miss year six and do year five and year six in one year. That meant that I would attend year five from 08.30-13.00 and stay on for a few hours to study the year six-course. After home-work, I did not have much time to play. However, I was doing fine, but my mother became concerned that I was under too much pressure and withdrew me. The Headmaster was disappointed and very upset. Of the three of us picked, one decided to stay the course and succeeded. I always regretted my mother’s decision

Other facilities, such as post office, cinema, shops, and hospital, were soon built and working, and we even built our own church ourselves which I understand still stands there to this day. Naturally, there was no electricity in huts. We used paraffin lamps.

After a while, life settled down, and we stopped being attacked by insects, but there was always the danger of snakes crawling from under the bed. Many a time I got up in the morning and almost put my foot on one. As we had to have nets over our beds (because of mosquitoes) tucked under mattresses, we were safe from them in bed. Lions and other wild animals would invade camps during the night making terrible noises which would make my skin crawl with fright. Rats were also ever present.

In time, our father traced us as well as the rest of the family through the Red Cross, and we were then in sporadic contact with each other. Naturally adults followed the course of the war very eagerly and so it was one day that mother received a telegram saying that my brother Alfons was presumed killed at the assault on Monte Cassino in Italy. She was besides herself with grief, but we later learned that he was so badly injured and showed no sign of life, that they took him for dead and transported him to a mortuary. A Polish priest who visited these mortuaries regularly, detected life in my brother, and had him taken back to a hospital where he recovered. He sustained 60% disability.

Altogether we stayed for five years in Uganda. They were happy years for me. I made friends with whom I am still in contact to this day. In time, in England, we were bridesmaids at each others’ weddings and godmothers to each others’ babies. While still in Uganda, I joined the Girl Guides and enjoyed it very much. Among the things that we did was going on camping expeditions during holidays. That proved very unlucky for me. We had to clear the jungle for our tents, dig up latrines, put up tents, set up cooking facilities, etc., and I was doing all this without any head cover, having lost my helmet. That was fatal and I went down with severe sunstroke. I was brought back to our camp and stayed quite a while in hospital, mostly unconscious. At times, it was touch and go. I never returned to the Guiding. Towards the end of our stay in Uganda, we experienced the first stirrings of the terrorist “Mau Mau” movement. That was very frightening when crowds of natives would march through our camps, armed with spears and chanting.

I must mention that, after we made contact with father, he helped us enormously by sending us regularly practically all of his army pay. We could then purchase such provisions as we could, either from our shop or from local nearby traders, mostly Asians. 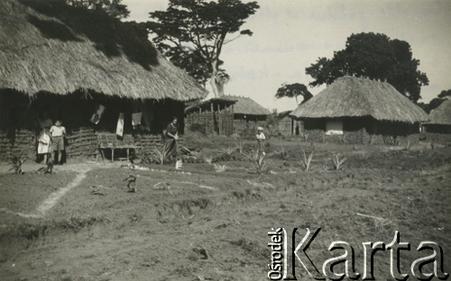 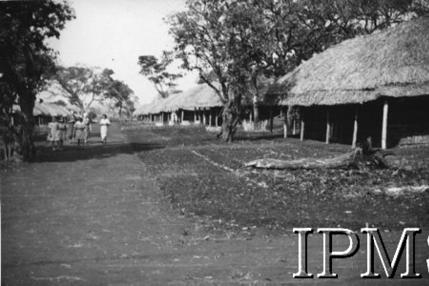 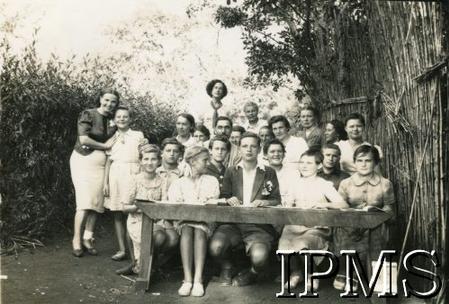