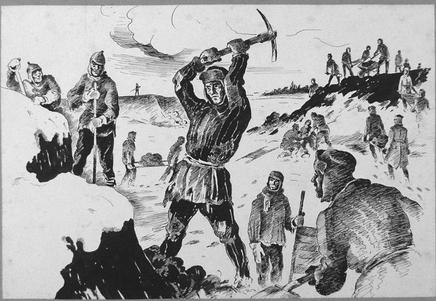 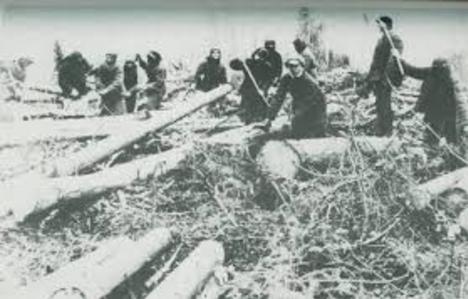 I do not remember the names of towns we went through but, at some point, we crossed the southern Ural Mountains into southern Asian Russia, the beginning of Siberia. We were brought into a region called Czelabinskaja Oblosc  to a place called Czepajewka posiolek — hard labour camp. Thousands and thousands of other Poles were strewn from the arctic circle in the north (Archangel) to the extremes of Siberia, European Russia, Kazakhstan, Uzbekistan, Kyrgyzstan, and other places, and set to work, in appalling conditions, felling forest trees, transporting and working timber or, as my father, working in mines.

The NKVD (Russian Secret Police) had the overall command of these gulags, run by a mostly brutal local administrator. Families housed in communal barracks had to endure indescribable living conditions with people dying every day from a variety of causes.

It must be said, that ordinary Russians were, on the whole, friendly and very sympathetic to our plight, but they had to be very discreet about it.

As I have already said, my father was made to work in mines, mining mainly malachite where, on one occasion, he sustained a bad accident. While drilling in one chamber, the ceiling collapsed on him. He was rescued by his co-workers who dug him out with their bare hands.

My mother, elder brother and sister were made to work on the surface of the mines, and my brother, Gustaf, and I, being the youngest two, were forced to attend Russian school, where indoctrination procedure was put in hand. Young as I was, in my mind I resisted.

The over-riding feeling was that of perpetual hunger and fear. At times, I was forced to chew on some bark of a tree in order to put something in my stomach. Malnutrition was evident everywhere. It became so bad that I, owing to lack of any vitamins so essential at that time of my life, partly lost my sight and was unable to see in the dusk. From the meagre money that my family was paid, we could not buy very much; at any rate, there was not much to buy as the shops (some distance away from us) such as they were, were mostly empty. Most of the time, we survived on one slice of black bread a day. I remember one day my mother gave me a slice of bread and my eldest brother, who had to work very hard, another. Young as I was and, hungry as I was, I realised that he needed more than I, so I gave him my portion saying that I have already had my ration. I watched him eat, silent tears streaming down his face.

There are certain moments in one’s life that stay in one’s mind forever. For some reason that I cannot explain, the sight of my brother’s face awash with tears has always stayed in my memory.

To say that the hygienic conditions of our living quarters were less than primitive is to make a gross overstatement. They were so bad that we were continually covered in lice and bedbugs. One day I saw my father’s shirt lying on the floor actually move with crawling lice. (And that is another moment that has always stayed with me). Perhaps that is why (in adulthood), much to the annoyance of our children, I developed an absolute phobia for neatness and tidiness.

People were dying like flies. This was due to the inhuman condition in which we lived: severe frost, hunger, fear, lack of any medical attention and hard work - causing all kinds of illnesses. On top of not being able to see in the dusk, I suffered from eye infections, which caused swelling of my eyelids and a heavy yellow discharge. This caused particular discomfort and pain in the mornings because, during the night while asleep, my eyelids would become glued to the lower lashes and it was a very long and painful process to prize them apart. 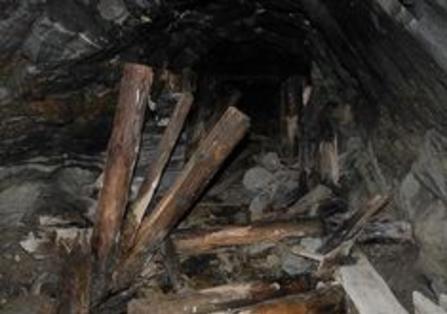