Hope came in July 1941. Due to Germany attacking Russia on 22 June l941, a Polish-Russian treaty was signed with the exiled Polish Government in London, and a decree of “amnesty” was issued, allowing for the formation of a Polish Army on Russian territory with the recruiting point at Buzuluk in southern European Russia. Thousands of Poles took advantage of this although not all managed to get out because news did not reach them in time before Stalin stopped it.

We were moved further south to Kazakhstan and we were accommodated in a small mud hut with another Polish family. Twelve people in total shared one small room, again, with only a cast-iron round stove in the middle. Fuel for this was cows’ dried dung which we collected from fields. Because of heavy rainfall, we were in constant fear of the hut collapsing around us (which in fact happened the day after we moved out). My father, brother, Alfons, and sister joined the newly-forming military units and my mother was enlisted into women’s auxiliary force. My brother, Gustaf, and I were herded into what became known as “orphanages”, separating boys from girls. Thus we all became separated from each other, and I remember crying myself to sleep every night, as it was the first time in my life that I was apart from my mother and the rest of the family.

In an effort to improve hygienic conditions in the newly-formed “orphanages”, our heads were shaved and we were de-liced in some solution. Nevertheless, red and common dysentery raged. My brother, Alfons, I later learned, went down with typhus, and my mother, who was then near his unit, nursed him to health. The death rate rose even higher than in the gulags. I was just a skeleton, simply skin and bones, and I lost touch with my family for quite a while. Somehow, at some point, my brother, Gustaf, found me and brought me a piece of bread (his ration for the day, I later learned). 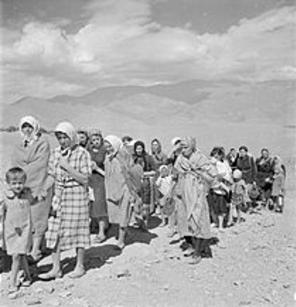 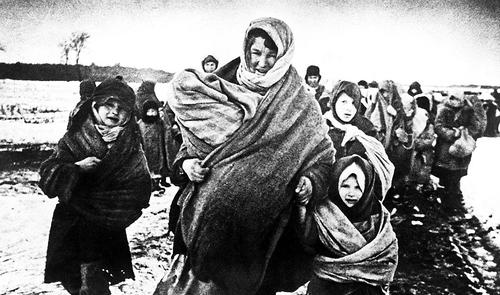