Training in the Middle East

At last, finally, we are in Persia. After three years we have got out of the red paradise of the Soviet Republic which is aptly called the country of modernised misery and organised famine. We walk around sleepily with half-closed eyes, we are not quite awake yet and we can’t quite believe it when we see the concrete buildings of the port and people who are cleanly and decently dressed; policemen in their slightly comical, exotic grey uniforms; shop windows which are full of everything, and there are no queues! We are only now getting used to the world again…

I am sitting in a railway carriage ready to depart. In a few minutes we will start, we will leave another country behind, the impressions and the desert. The red line delineating our route on the map gets longer and longer. Egypt – the peculiar country of the pyramids. It’s a good thing that we will see them too and from there, just in case, I will buy a map of Italy. Today is New Year’s Eve and the day of our departure. It’s a happy coincidence. In the New Year we will be on the road. In fact we are on the road all the time, but to where does this road go?

Palestine – the ‘promised land’. In fact I leave it without regret. It’s a pretty country – yes, but it’s foreign. I would meet my family there only to find that almost nothing connects me to them; my mate means more to me these days. For a few days I was a civilian, without the umbrella of the military, and I was disappointed again. Life here is something completely different from what I dream about or dreamed about. I would not want to come back to this kind of life, it would make no sense. None of it makes any sense anyway…

The worst thing is the luggage. The backpack with two blankets, a coat and a raincoat attached to it with string, the haversack, the ammunition pouch, a bag - in addition to that, a tent. It’s a lot to carry. We arrived at the station by truck with some stopovers and then we went to Port Said by train. A river boat took us to the transit camp and now again we are waiting but, during the day, everything must be packed and ready for us to march out. Rumour has it that tomorrow we will be boarding a boat…

The water was calm yesterday but, during the night, it became quite rough, so that almost everybody is sick. As for myself, I don’t feel anything. I’m just very hungry, like an animal, but I like life on the ocean very much. It’s rough and monotonous, but the ocean has an attractive force, like the mountains. One can spend hours looking into the waves and not get tired of it. The water surface is a quite dark grey, almost navy blue under the white lace of the foam, and then deep under the water, the strange uncertain contours of mysterious, strange greenery. The sky is yellow; there is probably a hamsin on the land which is bringing sand out to sea. The waves keep drenching the deck; it’s hard to tell them apart from the rain. It becomes dark…

The night shift takes forever. One is standing or sitting under the wall, protected from the wind, looking into the darkness. The black silhouette of the stern and the outline of the gun are visible at all times and the grey line of the horizon goes up and down in a uniform rhythm and from side to side and then it goes up again - the uniform splash of water and the rumble of the engines below the deck. One could fall asleep, but it’s too cold.

It’s better during the day. The sun is warming. I am sitting in a chair, reading, watching the aircraft which are escorting us. They are patrolling all day. I exchange a few words with the English who are on duty with me and then I am reading again. A storm arrives so suddenly and quietly that I only noticed it when it became dark, and immediately it started to rain hard. It was raining really hard for about an hour and a half, and it covered the whole world, including all the other boats in the convoy. In my gear I did not get soaked, but I did get cold.

Finally the rain stopped as suddenly as it had started and the light began to return. Everything is gleaming with water and it is wet, but clean. In half an hour, the shift will end and there will be supper. As it happens, throughout the entire day, the English keep bringing us hot tea. I learned from them that tomorrow morning we should arrive – but where? At noon we passed Catania in Sicily. Now we can see again the foggy outlines of the snowy mountains to the west…
​

I thought that there might be some changes, but nothing has happened. We have joined our regiment. I went back to my company and my team…

Another month. It seems that time moves ever faster. The division was reorganised and again everything is as it was... 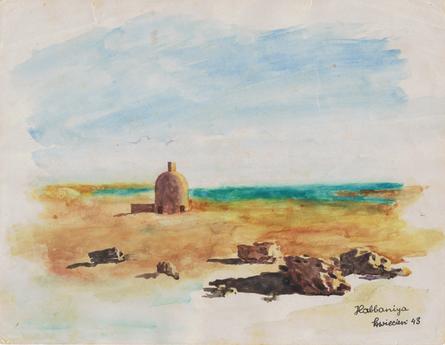 Another long break. It’s not that I haven’t got a lot to write about but, when there is so much work to do, one doesn’t have much desire to write. I did have a lot of work, I was learning about equipment etc. Today I am already a well-trained anti-aircraft artillery operator and life is easier. Recently in Habbaniya they haven’t been shoving us around much, but it has been impossibly hot. I have been spending my free time in the lake….

For the past two days I was on duty on the anti-aircraft gun, in shifts of four hours, from twelve to four. I think that I would be happy to remain on the boat doing such duty. There are no air raids. It’s quiet. 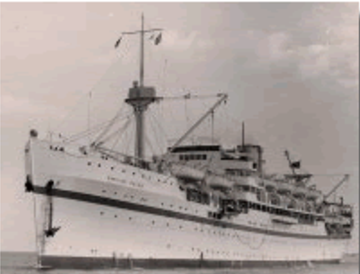 Our new camp and everything looks the same: the same tents, the same roll calls, the same guard duty. We haven’t even changed the order in our tent. Everybody’s bunk is in the same place, as an element of some stability.

Moreover, well, this sounds silly: I am not afraid, but I feel uneasy. I am trying not to be superstitious, but I cannot imagine my return, I just can’t… 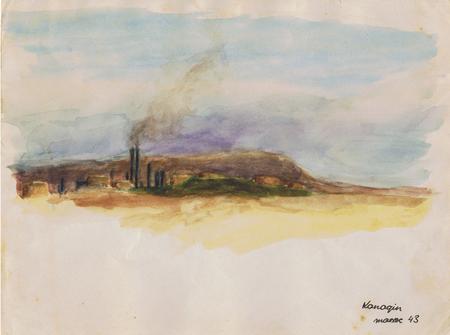 Yesterday, we were on the shooting range and in the afternoon there were exercises until midnight.

Today was an earlier wake-up call – the working company. We are digging some ditches near the cemetery, next to the refinery… 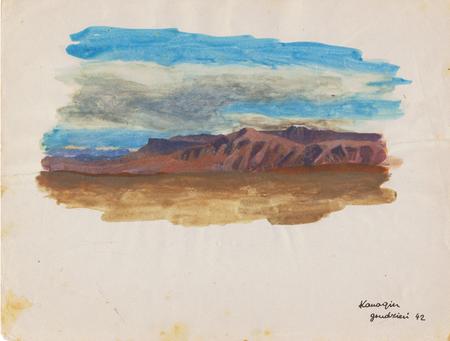 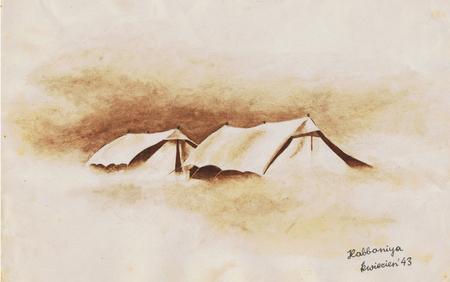