Edward was able to continue with his architectural studies in Rome in 1946. 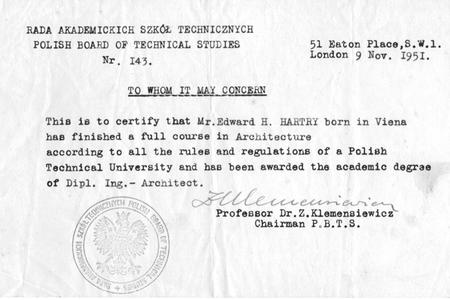 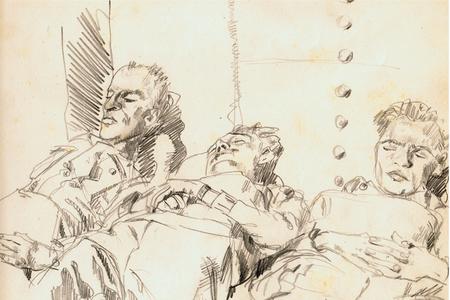 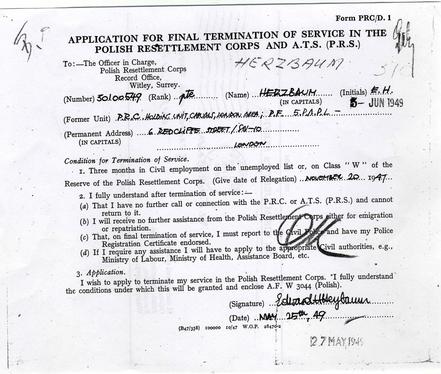 Life After the War

After the end of the war, no one knew what to do with the Polish soldiers. Many did not want to return to Poland as it was now under communist rule and border changes meant that many had lost their homes. Some were allowed to continue their studies, whilst decisions were made about their future.

At the end of October 1946, Edward with other soldiers, travelled to Naples from where they were transported to the UK on a ship called the SS Marine Raven. 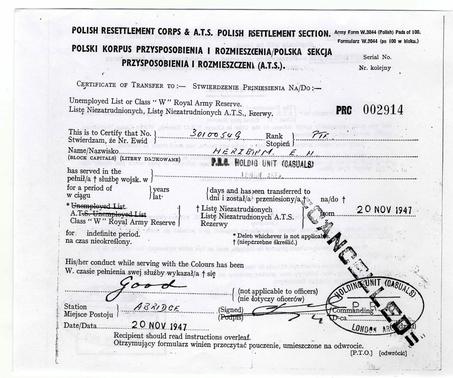 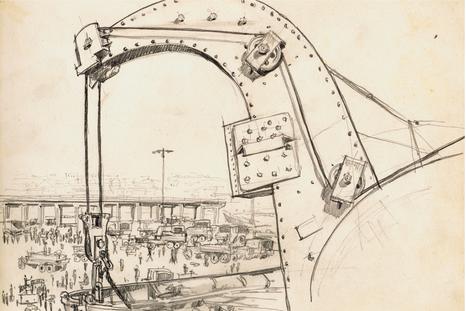 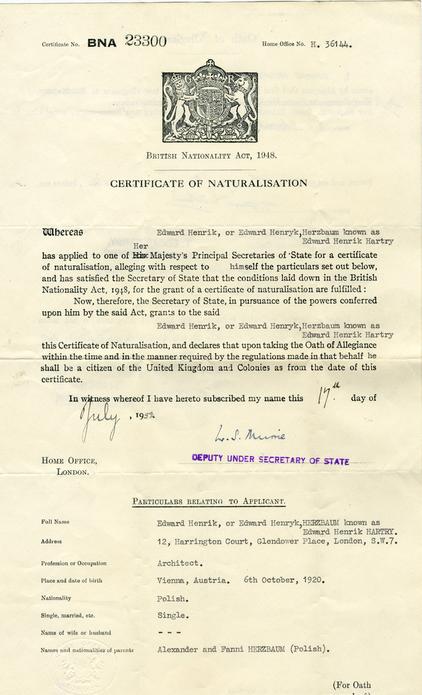 In June 1949, he also registered a change of name from Herzbaum to Hartry and, in 1951, Edward completed his architectural studies. 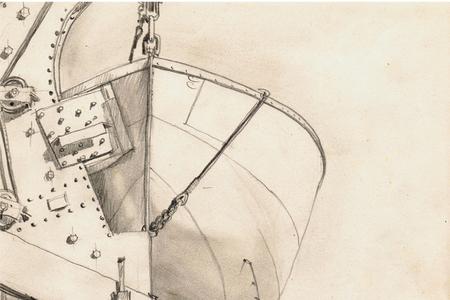 In June 1949, Edward was discharged from the Polish Resettlement Corps and started his civilian life in the UK. 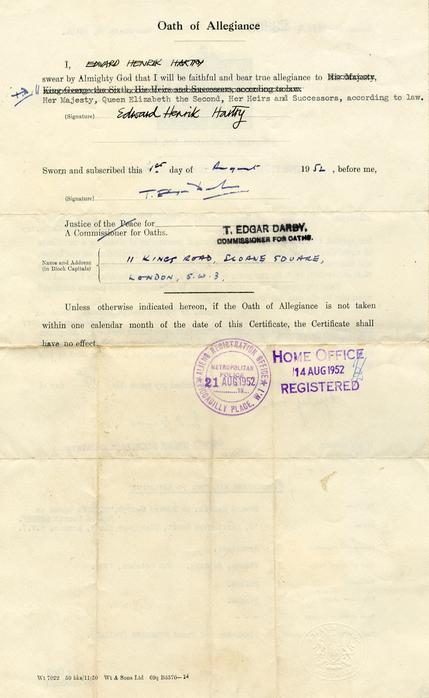 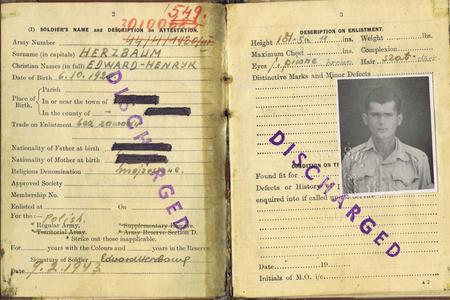 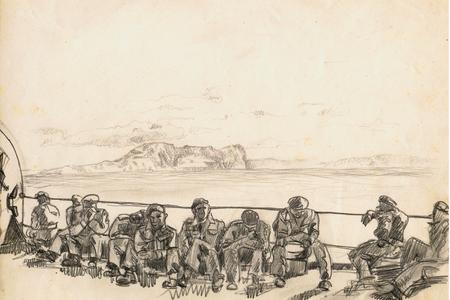 In 1947, he was also given permission by the Army to continue his architectural studies at the Polish University College in London. 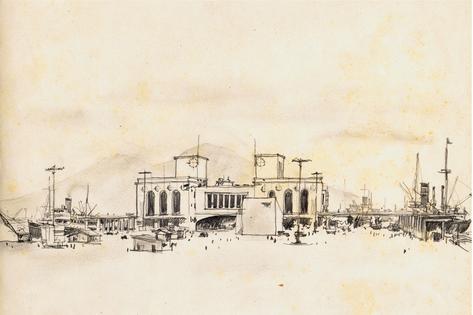 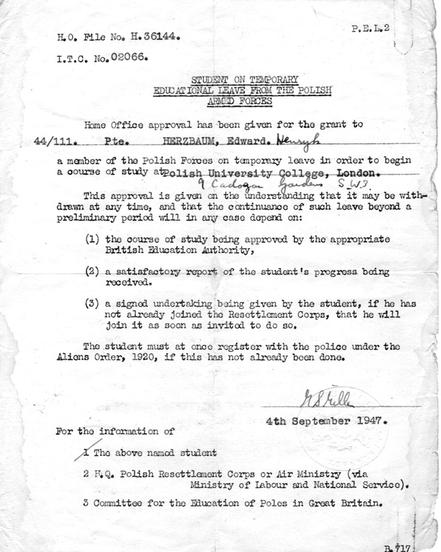 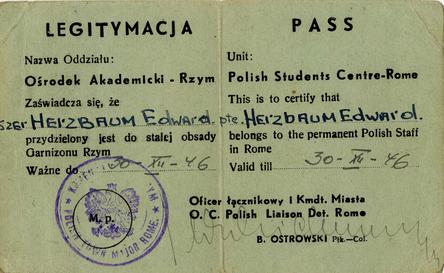 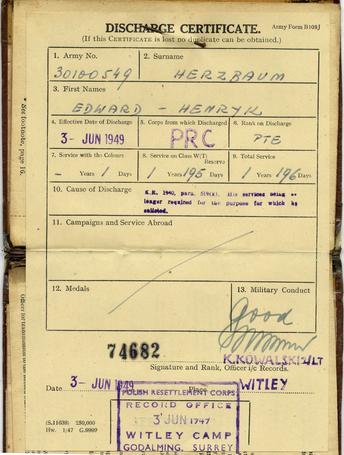 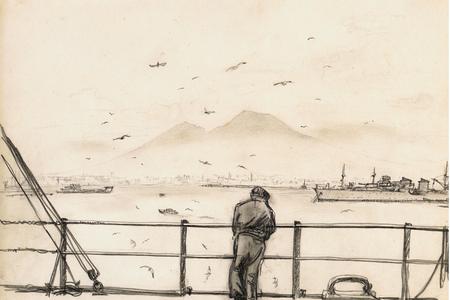 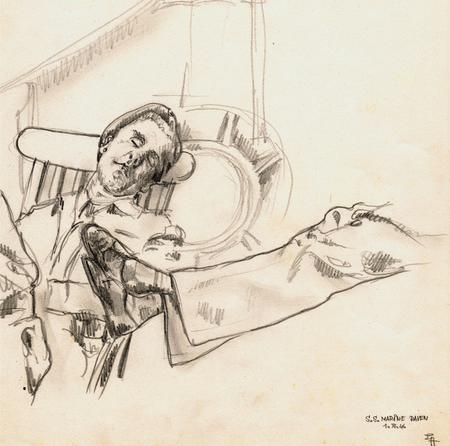 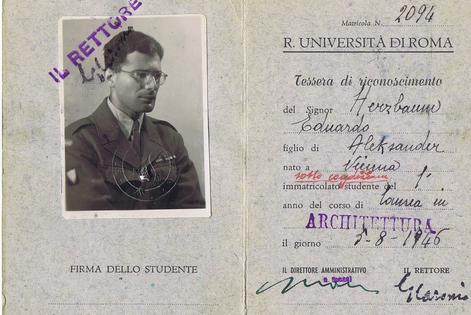 In the UK, the Polish soldiers were registered at various army centres.  Edward was processed in Witley Camp in Surrey. In November 1947, he was discharged from the British Army and was enrolled in the Polish Resettlement Corps (PRC).