On the deck the sun is burning, but at least one can breathe. The sea and the sky are beautiful, close and clean, quite different from how it was in Krasnovodsk…

Sailing from Krasnovdsk to Pahlevi.

We left! Just in time. As usual everything had to be done at great speed. We had to go quickly to the regiment headquarters, pack quickly and, before I could look around, we were on our way…

On board ‘Cziczerin’. It’s an old wreck crawling across the Caspian Sea - its last effort. We were pushed into the innards of this monster, but I escaped to the deck. Down below it looks like a live picture of Dante’s ‘Inferno’. In half darkness you can see a lot of incredible figures, sweaty, shining, naked bodies. All you can hear is the sound of heavy breathing and the splashing of waves against the ship’s hull. The air can be cut with a knife. This cannot be described. One immediately feels that one is going to suffocate; wide-open mouths try in vain to catch just a little bit of air. 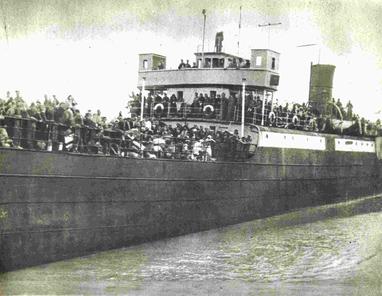 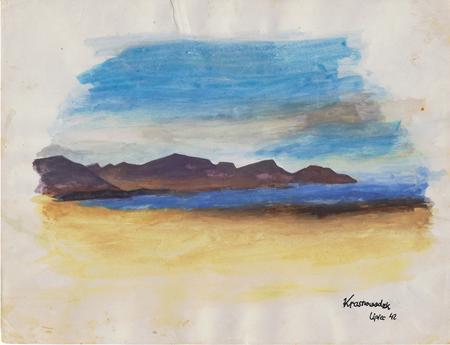